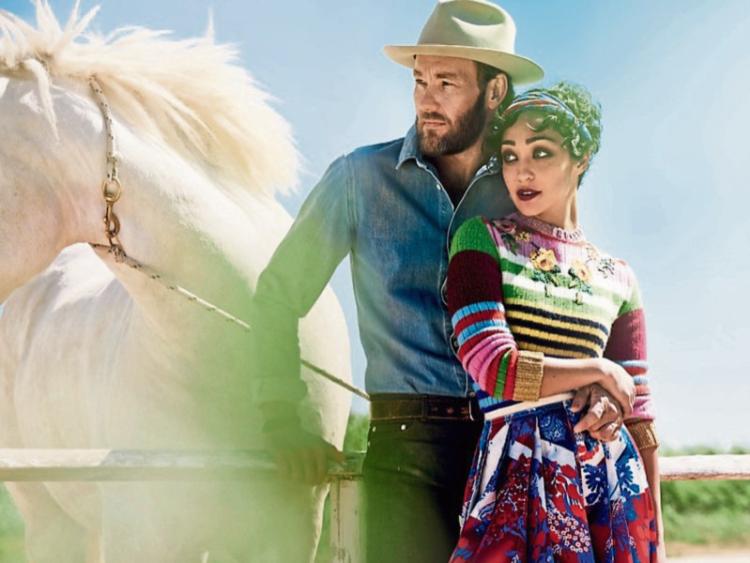 Negga, who went to school in Limerick, photographed by Mario Testino for Vogue magazine, with co-star Joel Edgerton

LIMERICK raised actress Ruth Negga – who is poised for an Oscar nomination after her latest role – has been photographed by one of the world’s top fashion photographers, Mario Testino, for Vogue magazine.

The influential fashion bible is also tipping Negga to be the next muse for high-end fashion label Prada.

In an interview in the November edition of Vogue, the former Love Hate star said that she drew on her connection to Ireland to identify with her character in her upcoming Oscar-tipped movie Loving.

The star, who was born in Ethiopia and raised in Limerick, continues to generate an Oscar buzz for her performance in Jeff Nichols' drama.

Loving tells the story of Mildred Jeter (Negga) and Richard Loving (Joel Edgerton), an interracial couple living in Virginia in the 1950s who must fight for their right to marry.

Speaking about how she identified with her character, Negga told Vogue: “Virginia isn't that different from Ireland. Land and home and community are super important. When I was playing her, I tried to imagine I couldn't go home again because of whom I married. It must have drained the lifeblood from her.” She went on to discuss her first encounter with racism saying she didn't experience it until she moved to London.

“When I was a kid in Ireland, there were not very many black people. I was very much like the strange brown thing, intriguing and cute. I didn't experience racism there. The first time I did was in London. It was that moment that you realize you're black. A kind of lifting of the veil.”

Negga, an only child, was born in Addis Ababa, Ethiopia, where she lived until she was four. Her mother Nora was working in Ethiopia as a nurse when she met Negga's father. Sadly, Ruth’s father died in a car accident when she was just seven.

She went to national school in Roxboro, and later spent part of her secondary school at Scoil Carmel on O’Connell Avenue, before moving to London and completing her drama studies at Trinity College Dublin.

Her breakout role was in Neil Jordan’s 2004 film Breakfast on Pluto, followed by Ophelia at the National Theatre, the Misfits TV series on E4, amongst others.

She was the toast of the Cannes Film Festival in the south of France earlier this year, and her Limerick cousin David Malone, accompanied her down the red carpet.