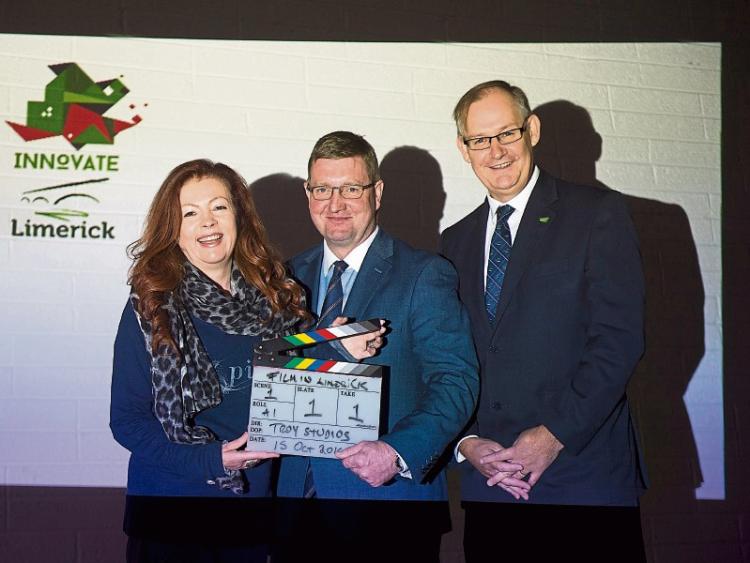 STANDING in one of the three enormous soundstages that have been constructed at Troy Studios, Limerick woman Trish Long – head of Disney in Ireland and a Troy board member – underlined its potential.

“I think this is really, really big, not just for Limerick, but for Ireland,” explained Long, who is perhaps uniquely positioned to comment on Troy and its potential impact on Limerick.

“It is really exciting that overnight we have become the biggest studio space in Ireland. And that is phenomenal for Ireland and for Limerick and for the Mid-West. So here we are on the west coast with now, potentially, in the next few months, a major studio opportunity here.”

The Limerick woman had visited the film set of the live action Beauty and the Beast in Shepperton Studios in Surrey not long before visiting Troy for the first time.

“It was my first time down, none of this work had been done. It was weird coming from such a bustling, in action set, to a building that I remembered as the old Dell building, where many friends and family had worked over the years.

“I walked in, and Siun (Ní Raghallaigh, director of Troy) brought me into soundstage A and I just looked up and saw how tall it was, how high the ceilings were – I had just come off the set of Beauty and the Beast, which was huge – and I looked up and said ‘yes, this is possible’. I just felt, this could work.

“This shell of a building being renewed and having a new life, could bring a whole other layer of life to Limerick and the Mid West.”

Just minutes before this, Troy director Siún Ní Raghallaigh had given a tour of the soundstage, explaining that “a lot of our investment has gone in (to) soundproofing these buildings”.

Ms Ní Raghallaigh – CEO of Ardmore Studios, some of the main players in which are also involved in Troy and which was put up for sale this week – gave a rare interview to the Leader, in which she said that Troy was now “in selling mode”.

“I wish I had a crystal ball – that I do not have, so I cannot answer that question,” she said, when asked when production will begin at the studio, which Troy has leased from the council through its investment arm Innovate Limerick.

“Of course people are interested in Ireland full stop - as a production location. And the fact that now we have this facility coming on stream soon makes it even more interesting, so that is all I can say, we just have to wait and see how it all goes,” she said.

Asked about Limerick’s potential as a filming location – which is what the new Film in Limerick website was set up to promote – she said: “I think it is fantastic because anything that comes to Ireland tends to stick around Wicklow and opening up the west coast, I think we have a treasure trove here and this is new.

“The door opener here for inward productions is the film tax credit, that is basically what attracts people in initially. After that, we have to sell it and we have to compete and compete very hard with other territories.”

The 350,000 sq ft facility, which played host to 800 people on a film industry open day on Saturday, boasts three massive soundstages, one running to 30,800 sq ft and two at 18,000 sq ft. Crucially, the height of the ‘high bay' area in the former Dell building rises to about 60 feet, the crucial element. There are dressing rooms and an in-studio laundry, and Ms Ní Raghallaigh expressed the hope that a locally trained crew would be fastracked ahead of the planned 2020 time period.

The principals in Troy were all remaining tight lipped about when production will start, but it is expected that shooting will start early in the new year.

Troy chairman Joe Devine said the huge interest in the studio showed “that this is real and it is going to be big”.

“There is a real opportunity to grow film and television production activity in Limerick and across the Mid-West region. Troy, in common with all studios, is an enabler for job creation and skills development and our aspiration and hope is that this shall significantly add to local employment.”

The new Film in Limerick website is aimed at putting Limerick “in the shop window” for film producers.

The website, driven by Innovate Limerick, is a “one stop shop” for producers looking at coming to the region, Mike Cantwell of Innovate said. It was launched in tandem with an open day at the studio that drew 800 people keen to work in the industry.

“The open day at Troy Studios is the first significant step in preparing film crews for an international film industry on the west coast of Ireland,” he said.

“Innovate Limerick has created Film in Limerick which is a shop window for national and international film producers looking for possible locations to shoot in Limerick and the Mid-West region.

“This one-stop shop will provide all the information a film producer needs while showcasing the landscapes, buildings, accommodation and expertise which the region has to offer,” he added.

Troy director Siún Ní Raghallaigh said the website was a “resource that will no doubt prove invaluable as part of our strategy to grow film production infrastructure in Limerick and the Mid-West region.” 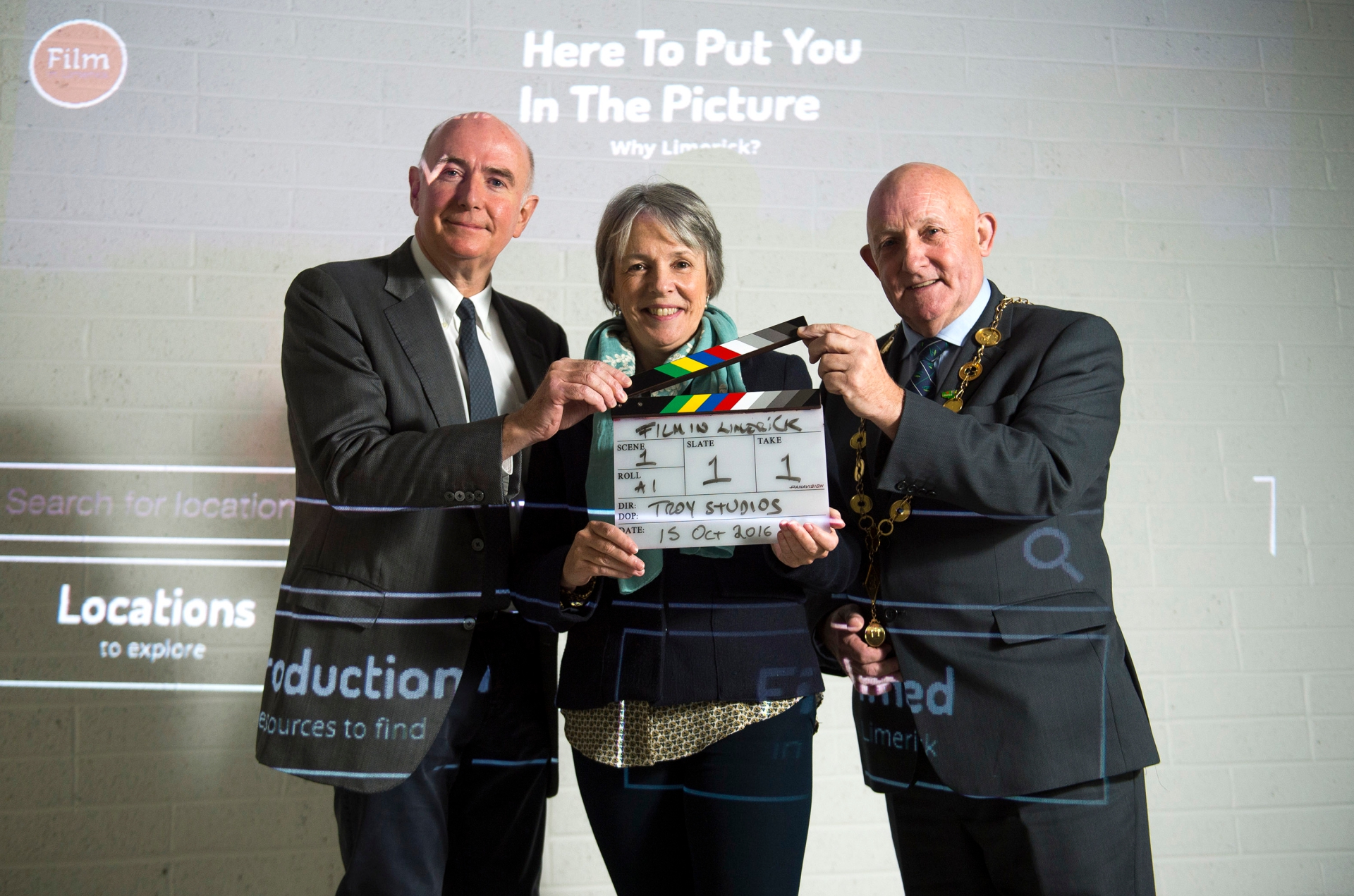 The open day was a roaring success for Troy, Innovate, the Irish Film Board and Screen Training Ireland, the latter who were hosting it, with the involvement of the education and training board and third level institutions in the region. The aim is to produce a locally trained crew to work in Troy.

Attendees heard from those working in the industry including director Peter Foott, costume designer Eimer Ní Mhaoldomhnaigh – who is from Limerick – plus those from heads of departments working in production, accounts, camera and lighting.

The Rubberbandits were invited to talk about the creation of their art, with Blind Boy holding the huge audience in thrall with a hilarious insight into how the duo have created some of their viral hits.