Limerick agri-tech company to raise over €7m in new equity 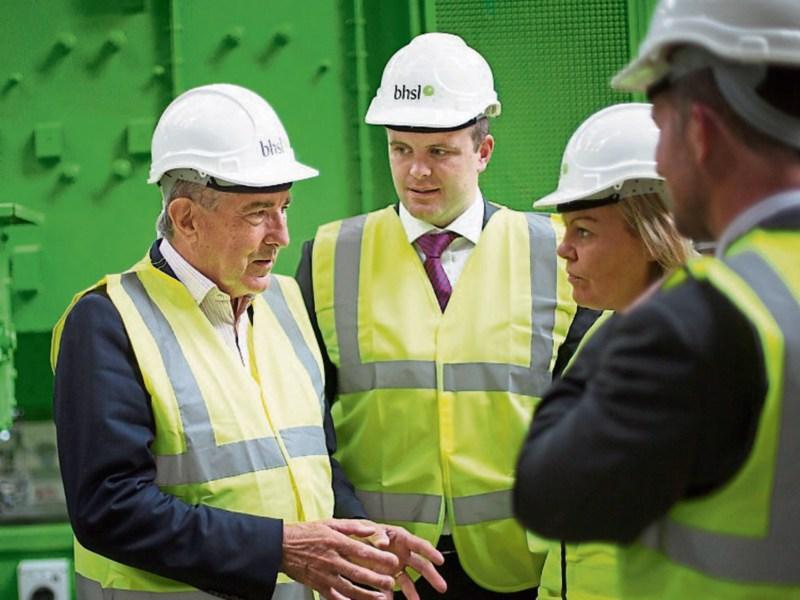 LIMERICK agri-tech business BHSL has announced the appointment of former Kerry CEO Denis Brosnan as chairman of the company.

BHSL is also launching a process to raise at least €7m in new equity to support its global expansion.

BHSL has developed a unique, patent-protected system to convert poultry manure into a fuel for energy generation on-farm. The Kantoher based company’s technology is transforming poultry production by turning a cost centre – dealing with waste manure - into a source of fuel, thereby driving farm profitability through reduced energy bills. The equity raised will be used to increase the company’s sales presence globally and extend its research and development spend to combust other materials such as industrial waste and spent mushroom compost.

Declan O’Connor, BHSL MD, said he is delighted to have someone of Mr Brosnan’s stature join as chairman.

“He brings decades of experience in the agri-business sector and will provide huge support as we enter a new growth phase for the business, and target new export markets,” said Mr O’Connor, who added that Mr McManus’ deep expertise in the energy sector will be a valuable asset, as will Mr Hickey’s corporate finance knowledge, and Ms Macken’s appreciation of the evolving legal and regulatory environment.

“The European Union’s 2014 authorisation of the use of poultry manure as a fuel is acting as a key catalyst driving interest in our technology from large-scale poultry producers across Europe, with similar regulatory changes supporting the opportunity in the US and other markets,” said Mr O’Connor.

Mr Brosnan said: “I believe they have a unique technology that has the potential to transform the global poultry industry. We are very confident of attracting interest from investors who will see the global scale of this market opportunity. It is exciting to be involved in an innovative Irish agri-tech business, and I believe 2017 will be a transformational year for the business, given the sales pipeline we are seeing.”

In July, BHSL announced a $3m pilot project with the State of Maryland to trial its technology. Maryland is one of six states that surround Chesapeake Bay, where, after decades of intensive agriculture, many fields are overloaded with phosphorus. BHSL estimates the size of the market opportunity for the company in the US at over €500m.

BHSL’s system is already fully operational on two UK farms with further installations anticipated in 2016. The company is also building a very strong sales pipeline for product delivery in 2017 in other export markets like New Zealand, Poland, Germany, Holland, Italy, Saudi Arabia. Their research shows that a €2.5m investment in its technology by a typical broiler farm (with 380,000 birds per flock), can yield annual savings of €830,000 per annum over heating using traditional fossil fuels, thereby ensuring payback on the investment in just over three years.