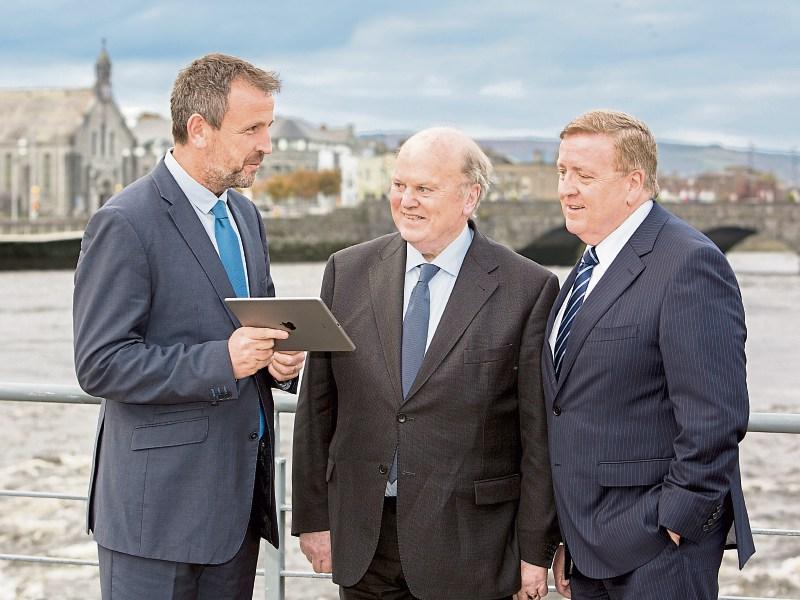 LIMERICK has received another jobs boost with the announcement by Redfaire that it is to expand its operations at Arthur’s Quay.

It comes after the company helped develop a leading date management software tool.

In addition to its operations in Limerick, the company, which is supported by Enterprise Ireland, also employs 77 at its other offices in Britain and France.

Brian McInerney, the chief executive of Redfaire said: “Redfaire is focused on becoming the best Oracle IT services company in Europe, the Middle East and Africa and building great software. I am incredibly proud of the Redfaire team and of the fact together, we are building a world class IT company in our hometown Limerick.”

Representatives from the Oslo office of Circle K, which is one of Redfaire’s major clients attended the jobs announcement along with Mayor Kieran O’Hanlon, and representatives of UL, LIT and members of the local business community.

It is the partnership with Circle K which Redfaire puts its rapid growth down to.

In early 2016, the firm won a contract with the international convenience store brand, which was previously known as Statoil Fuel and Retail.

Other client companies of Limerick-founded Redfaire include Bewleys and the Milano’s restaurant group.

The firm has also completed projects across the world from Panama to the Ivory Coast.

Mr McInerney praised the help he received from its partners in Limerick.

"The way everyone works to support companies like ours is what makes Limerick a great place to do business,” he said.

While recent jobs announcements have been from international companies supported by IDA Ireland, this investment comes after Redfaire partnered with Enterprise Ireland.

Redfaire was founded by Limerick brothers Brian and Mike McInerney, plus Barry Yelverton, all of whom are LIT graduates.

In the last four weeks, more than 700 new foreign direct investment jobs have been announced for Limerick.