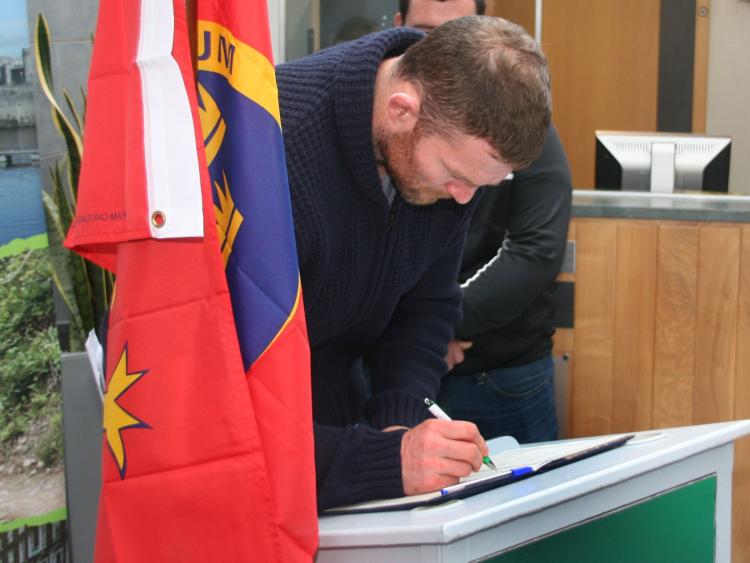 ANTHONY Foley's former teammate Donnacha Ryan was among the first to sign a book of condolence in tribute to the rugby legend at Limerick's City Hall this Monday. 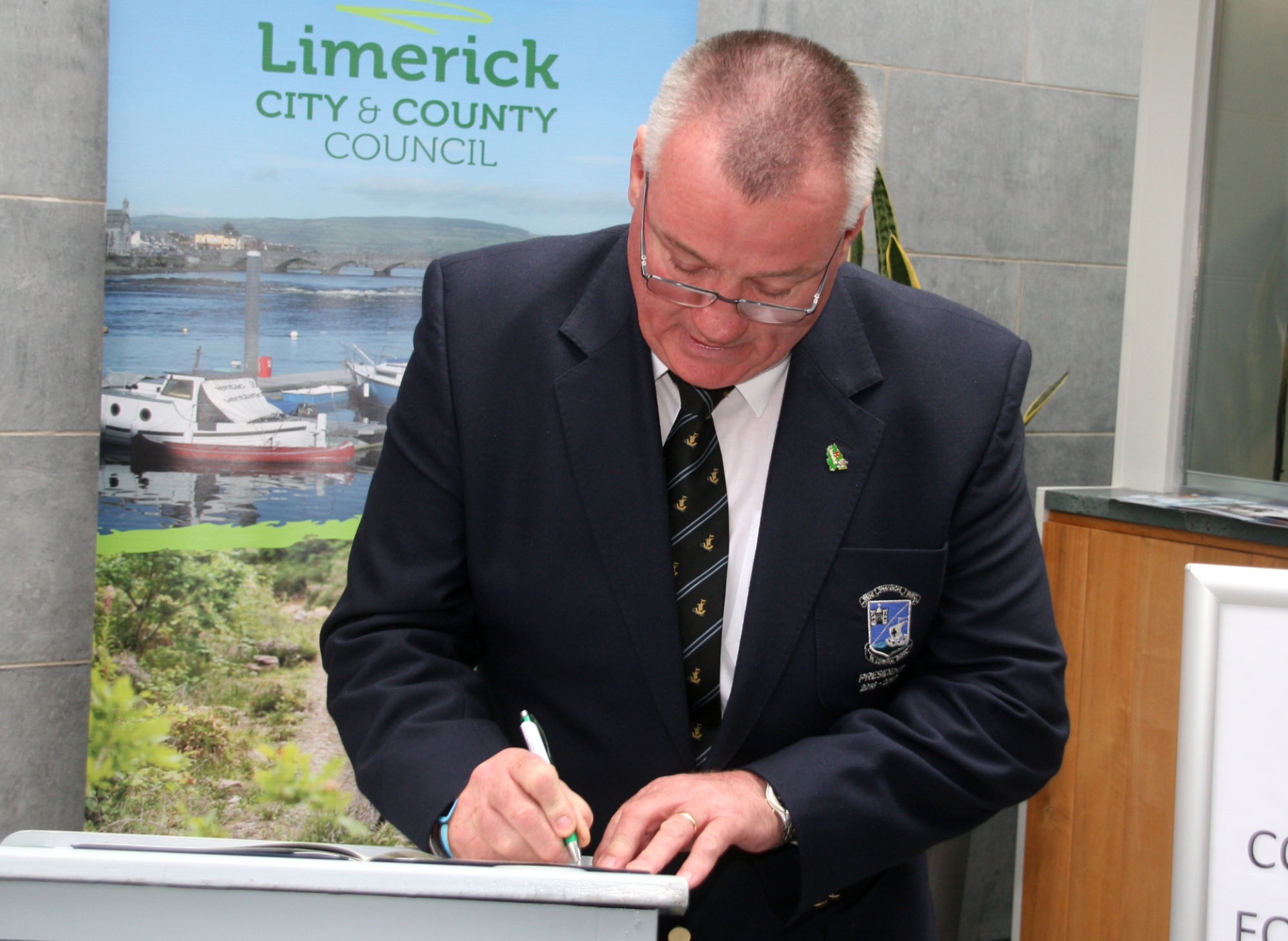 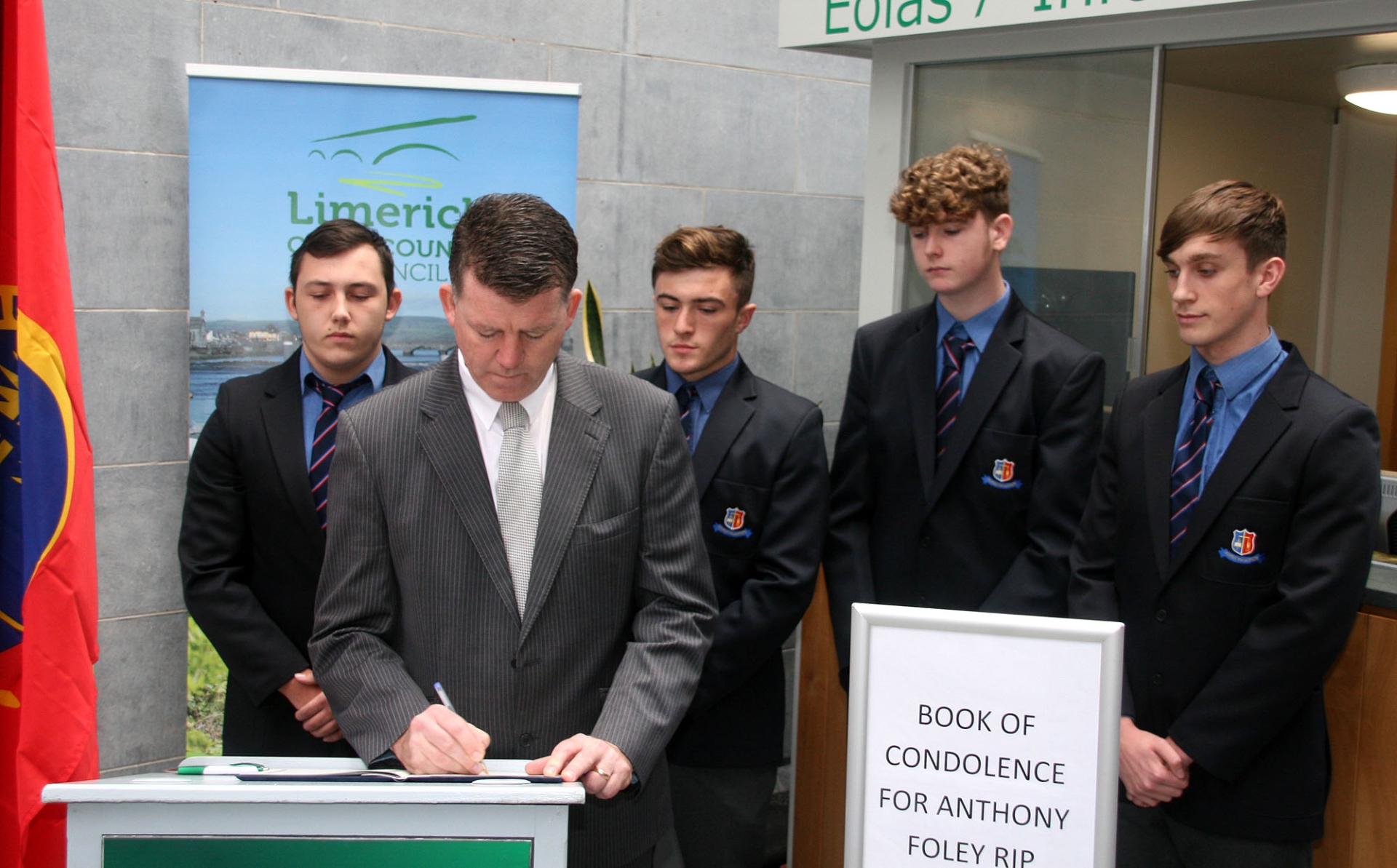 Minister of State Patrick O’Donovan was also among those attending this morning’s opening of the book of condolence, with supporters and fans of the Munster and Irish rugby legend, who died suddenly in Paris at the weekend, queuing up to do so.

John Leahy, chairman of Shannon RFC, where Foley played throughout his career, said the Limerick rugby club was "bereft".

"Anthony was a natural leader. He has been around Shannon and rugby in Limerick since that time when he used to mind his Dad’s place in the dressing room. He was huge to us - he was a favourite son of the club," said Mr Leahy.

"He was a quiet man, you never heard him around the place, he was never one of those people who made noise - but you knew that he always knew what was going on. He was a strong character.

"We have opened a book of condolence - we are bereft at the moment at what has happened, it is a dreadful thing. First and foremost for his family, his two young boys, his wife, his father and his mother - they are all part of our community and it is a dreadful situation.

"We have a book of condolences open at the club and we will be there for as long as it takes, until he comes back to us," he added.

St Munchin's principal David Quilter said the school was "in such shock and sadness".

"There is an air over the whole school community and we just wanted to come down and mark our respects and sympathise with the family and let them know we are there, now and in the future whenever they might need," he said.

He was accompanied by four sixth year prefects, who volunteered to attend the signing.

"They are four of our prefects, sixth year students - some involved in rugby, some not, but they volunteered to come down this morning, just to be here on behalf of the college and sympathise with the whole Munster community," said the principal.

Ann Hogan from Bruff was among those lining up to sign the book.

"I am just remembering the good days and all Anthony gave to rugby down through the years - we really appreciated everything. It is shocking, it is like a death in the family in all honesty."

New Zealander Brian McNamara, from Hamilton, was there also.

"I am just visiting from New Zealand and support the All Blacks but we know a lot about Irish rugby and our heritage is from Ireland and we have heard a lot about Anthony Foley, so we just wanted to come and show our condolences to Munster and the Irish people," he said.

Books of condolence have been opened across local authorities in Munster from this morning in memory of rugby legend Foley, 42, who died overnight in Paris on Sunday, where the team was due to play Racing Metro 92.

Flags are flying at half mast at Limerick’s council offices in memory of the rugby legend, who was born in Limerick and was steeped in the club rugby of his beloved Shannon RFC before an illustrious career with the province and his country.

A spokesperson for Limerick City and County Council said the books of condolence would “allow all Munster Rugby supporters from the province to express their sympathies on the sudden passing of one of Munster’s most faithful and best players”.

At Foley’s alma mater of St Munchin’s College, jerseys, flags and flowers are also being left in memory of the legend. The school said: “We extend our thoughts and prayers to the Foley family and to all at Munster Rugby on the passing of a legend. Rest in peace.”

We extend our thoughts and prayers to the Foley family and to all at @Munsterrugby on the passing of a legend. Rest in peace. pic.twitter.com/h6d14SEhu1

Tributes are continuing to pour in for Foley, who lived in Killaloe with his wife and two children. A heartbroken Ronan O’Gara tweeted late last night that he was “heartbroken”.

“We have lost an incredible man. Too sad to tweet further.. sleep well Axel. We love you.”

Alone on the couch with Jess.Heartbroken.We have lost an incredible man. Too sad to tweet further.. sleep well Axel. We love you..xxx

Barry Murphy, who played with Foley in the red of Munster, posted on Facebook that he was “devastated over Anthony Foleys death. He was the most loyal friend, teammate and captain that I could ever have hoped for. Axel was my favourite. That's the only way I can sum it up. R.I.P”.

UL Director of Sport, David Mahedy, said he was “a true leader and he demonstrated this quality both on the field of play and more recently, on a daily basis as he went about his work with Munster's next generation here at the UL campus. He will be sorely missed by all. May he rest in peace”.

A book of condolence will be available at the UL Sport Arena on campus today, he added.