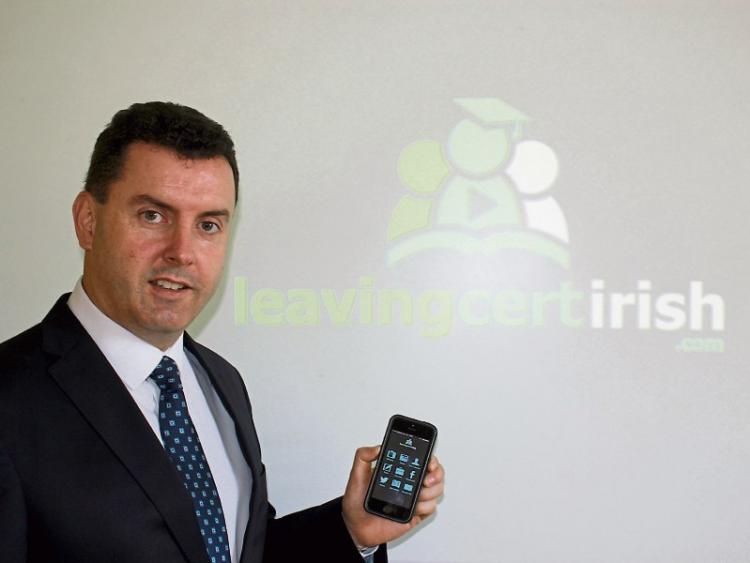 A LIMERICK teacher has developed an Irish language app which may eliminate the need for private grinds.

The groundbreaking app, called Leaving Cert Irish App, has been designed to give disadvantaged and rural kids the “tutorial extras without the tutorial fees”, which it’s hoped will “level the playing pitch”.

Irish teacher John Gavin’s revolutionary idea takes the best aspects of the ‘grind’ system, and aims to make it available to all students, either for free or for a monthly subscription.

The Corbally-born teacher said that the Irish Leaving Certificate system is all about getting the edge, which is driving students to take intensive grinds to get ahead.

“The problem is that it’s not available to those who either don’t have the money or just physically can’t get to the grind colleges in the evenings or at the weekends.”

Mr Gavin’s app aims to give all students access to the same resources.

“This app is for all those hundreds of kids who want – and I think deserve – a level playing field with the kids from Castletroy or the North Circular Road.

“I’m not excluding anyone, but I happen to believe that an ambitious boy or girl from Ballylanders or Castlemahon has as much right to the ‘tutorial edge’ as the kids from Castletroy,” he added.

The app is currently available on the iOS app store and Google Play store. Once downloaded, all of the content on the app is free, including video, notes and live classes. The participation on the existing live classes on Leavingcertirish.com is doubling each month. The classes are recorded, so they’re available even if you miss the live version.

Additional resources are available for €2.50 a month, which Mr Gavin pointed out is just five percent of the price of a traditional group grind.

“People can see that this isn’t a commercial exercise or revenue-raising. This is a long overdue coming together of everyday, ‘every kid’ technology, and a deliberate attempt to level a playing field that, quite honestly, I and many others think has been sloping the way of the urban and suburban upper middle classes for way too long,” he said.

“From now on, and with this app, the kids ‘out in the sticks’ or from ‘the wrong side of the tracks’ will get the same edge that all the others have been getting for free or for the price of a cup of coffee.”

Mr Gavin added that the app was updated on Wednesday to enable compatibility with iOS 10.