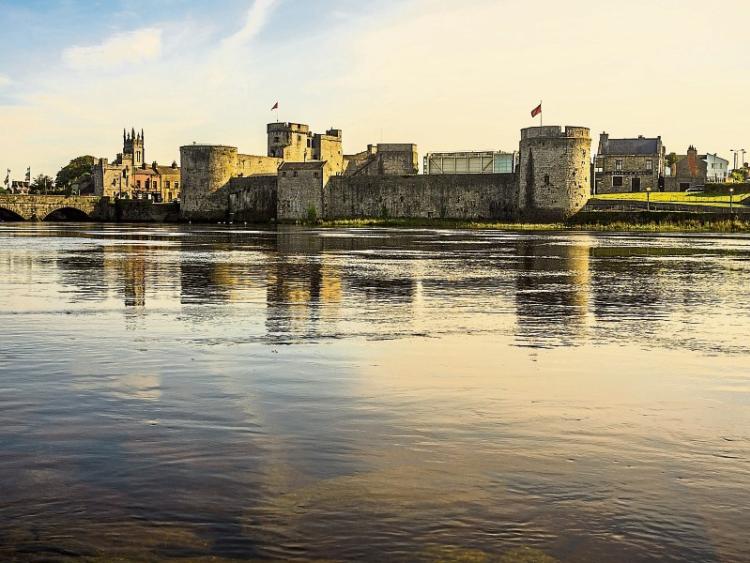 Various councillors have called on tourism bosses to make more use of the River Shannon, which flows through the city centre Picture: Paul Sheridan

LIMERICK City and County Council is putting in place an ambitious strategy to attract over one million tourists by 2020.

At this week’s economic committee meeting, the local authority’s newly appointed tourism officer Majella O’Brien revealed that a new group was being set up in a bid to raise tourism to the county from its current level of 794,000 each year.

A number of initiatives are being put in place in order to achieve an uplift in tourism, including the Purple Flag to encourage night-time tourism.

“We need a tourism strategy for all of Limerick,” Ms O’Brien said, “We want to tackle the city break market. We will be discussing this matter with Failte Ireland, but the strategy needs to be led by the council.”

Just two attractions in Limerick featured on a table of Ireland’s top visitor draws in a chart presented by Ms O’Brien – King John’s Castle and the Hunt Museum.

She said: “Limerick has huge potential. We should be getting a bigger slice of the pie than we are getting.”

It is hoped the terms of reference of the new group will be announced by the end of this month.

But councillors were sceptical of the target, with Independent member Emmett O’Brien saying: “I do not want to be unpleasant to you, but I have seen this kind of thing 1,000 times. I appreciate you’re trying though.”

He said there are two areas Limerick “excels” in – sport and the River Shannon.

“There has been zero vision in terms of using the Shannon. It is a phenomenal asset that we have not applied our mind to. The only activities on there are provided by the private sector,” he said.

Sinn Fein councillor Seamus Browne added: “We should be pushing to see a fully functioning tourism forum to get the maximum benefit. All the stakeholders need to be included in this.”

Fine Gael’s Stephen Keary added: “Any city which had anything like the river we have would be making it a priority. We are not.”

Fianna Fail’s leader in the metropolitan district, Cllr James Collins said the “failure” of the Limerick Marketing Company, a forerunner to this group, has left the city “way behind”.

“We need to get up to speed very quickly. Limerick is synonymous with sport. Let’s see if we can develop a ‘Limerick’ attraction. It does not have to be there all the time, but we need a bit of lateral thinking on this,” he said.

John Welsh, who sits as a sectoral interest on the committee, said Limerick should engage with various agencies to develop a tourism model around clay pigeon shooting.

Sinn Fein’s Séighin Ó Ceallaigh said it is time to think again about Limerick City’s tag of being a sporting city.

”Nothing is happening now. We had a number of big sporting events, but recent things have been a big disappointment,” he said, “We talk about soccer and rugby: when Inter Milan played Celtic, we could not even half-fill Thomond Park. For the Rugby Sevens we could not even fill a quarter of the stadium. It is hard to justify the tag of Sporting City when we hsve so few people attending GAA games too.”

Cllr Daniel Butler, Fine Gael, pointed out that the council can draw on the knowledge of Shannon Airport to discover where international tourists are going once they touch down.

Airport bosses will be appearing at quarterly meetings of the transport committee after a motion of Cllr Butler was passed.