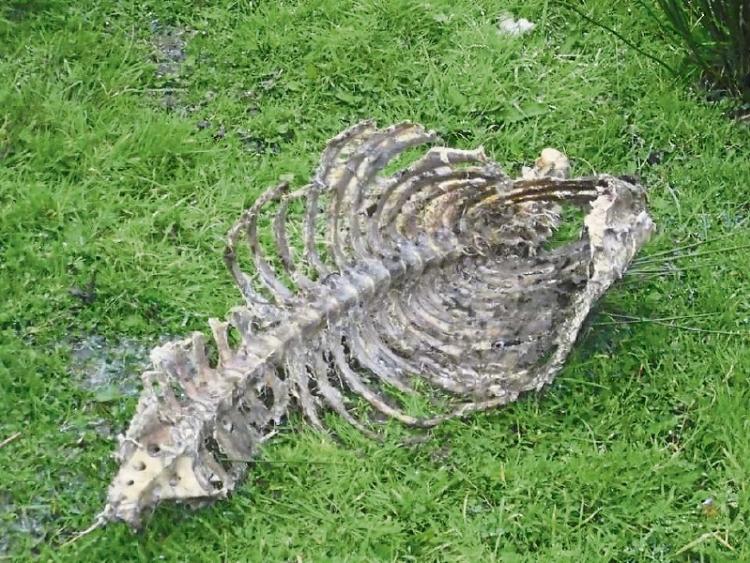 THE Department of Agriculture is investigating the discovery of a number of sheep carcasses on a farm close to the Limerick-Kerry border.

The land in Duagh is owned by a woman based in the UK but it is understood to have been rented by a farmer based in West Limerick.

The landowner’s grandson, Nick Evans, who lives in Abbeyfeale, told the Limerick Leader that they discovered the carcasses of 15 dead sheep when his grandmother visited the land last week to collect rent.

“When she turned up at the field, there were 15 dead sheep carcasses spread over 12 acres. They were in various stages of decomposition - some had nearly rotted into the ground,” Mr Evans said.

“Two sheep had died in the ditch and instead of trying to move them, it looks like someone just threw a tyre on top of them and set fire to it,” he continued.

“The rest of them were just left on the ground everywhere.”

A spokesperson for the Department of Agriculture confirmed that its officials were aware of the incident.

“The Department is investigating the incident. Six carcasses have been removed from the site. The owner is cooperating fully with the Department on this matter,” the spokesman said.

He added that no public health issues had been identified.

Mr Evans said the discovery of the carcasses was “very traumatic” for his grandmother who is 80 years of age. “She was very upset,” he said.

“There is no excuse for it - it was pure neglect. There was good grass under the sheep but they hadn’t been sheared for two years and were infested with maggots. They were eaten alive by the maggots - that’s what the vet told us,” he said.

Mr Evans also claimed that there were about 20 live sheep still on the land when they arrived there last week but that they had since been removed.