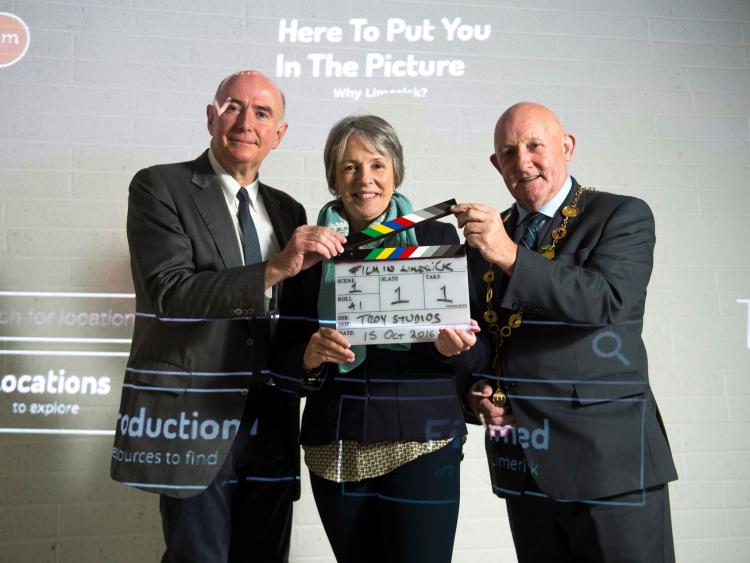 IRELAND’S largest film studio has been unveiled as Troy Studios in Limerick threw open its doors for the first time.

The studio, running to some 350,000 square feet, is playing host to upwards of 800 people interested in working in the film and television production industry.

A new website aimed at promoting Limerick as a film destination was also launched this Saturday morning at the facility, which Troy chairman Joe Devine said was now “real and is going to be big”.

“In studio A, we have got at least 800 people who are interested in finding out more about the opportunity here and that, queuing outside the door at  7.30am, (means) there is definitely something special going on here,” Mr Devine told a room full of local politicians and council staff, including Mayor of Limerick City and County Cllr Kieran O’Hanlon and Minister of State for Tourism and Sport Patrick O’Donovan.

“I said that when I stood up at 9am and it struck me that this is real and it is going to be big. The incredibly healthy attendance is indicative of the level of interest and support Troy has experienced from the start of the project.”

Mr Devine noted that Troy had 350,000 square feet under one roof, comprising 70,000 sq foot of soundstages, comprising 280,000 sq ft of support infrastructure and a five acre backlot, which he said meant that “Troy here will truly offer world class facilities to cater for movies and tv productions of any scale”.

Soundstage C in @TroyStudios, which is about half the size of studio A. Incredible facility, a game changer for Limerick pic.twitter.com/NyP9TxNMmZ

Siún Ní Raghallaigh, director of Troy, told the Limerick Leader that Limerick had “come out in force to want to be involved in this industry”, given the “phenomenal interest” in the film industry open day, being hosted by Screen Training Ireland, the Irish Film Board, in connection with Troy and Innovate Limerick, the council’s investment arm, which has driven the studio deal from its conception.

She said: “We have somewhere near 900 people on A Stage listening to seasoned and experienced heads of department from the film industry talking about careers in the industry - so you can’t get better than that at this stage."

Ms Ní Raghallaigh – CEO of Ardmore Studios – said that Troy was now in “selling mode” but declined to say when production would start in the Castletroy facility.

It is expected that production will begin in the new year.

Of the Film in Limerick website, which has been spearheaded by Innovate and will offer a “shop window” to potential productions looking at the region, the Troy director said it was a “resource that will no doubt prove invaluable as part of our strategy to grow film production infrastructure in Limerick and the Mid-West region.”

Mike Cantwell, head of Innovate Limerick, said: “Today's open day at Troy Studios is the first significant step in preparing film crews for an international film industry on the west coast of Ireland.

“Innovate Limerick has created Film in Limerick which is a shop window for national and international film producers looking for possible locations to shoot in Limerick and the Mid-West region.

“This one-stop shop will provide all the information a film producer needs while showcasing the landscapes, buildings, accommodation and expertise which the region has to offer,” he added. 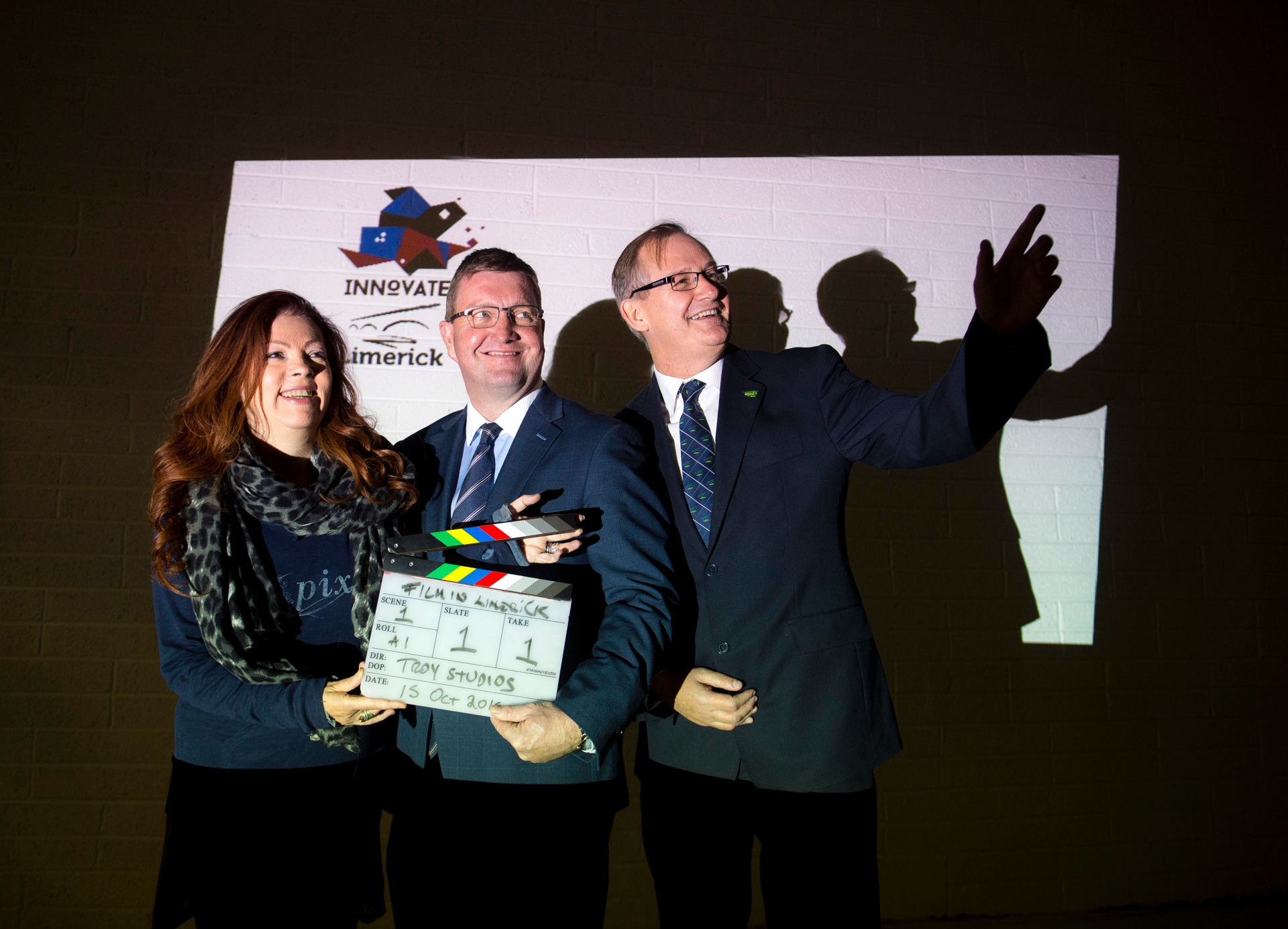 Mayor O’Hanlon said it showed that “the council is serious about Limerick becoming a major player in the film production industry”.

- For more, see the print editions of the Limerick Leader next week