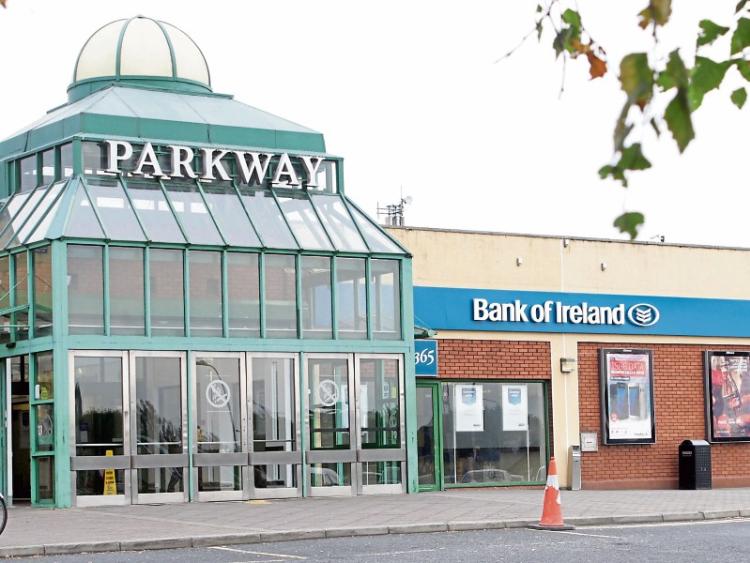 The Bank of Ireland branch at the Parkway is to close

BANK of Ireland has been accused of “neglecting” the Garryowen community after it emerged its Parkway branch in Limerick city is to close.

Mayor Kieran O’Hanlon, who represents the area on the council, said the closure of the bank branch will have a negative effect on people, due to its location.

“It is in the centre of many housing estates around that area, and there are a lot of elderly people around there. It is surrounded by Garryowen, Rhebogue, Lynwood, Norwood, Granville and all that area. To be honest, it provided a limited service, and many people going to the Parkway Shopping Centre would use this,” he said.

Bank of Ireland wrote to customers affected informing them of the closure, which will take place on Friday, November 18 next.

In a statement, the lender said: “We recently opened an on-campus branch in University of Limerick and with five branches in very close proximity the merger of two Castletroy branches allows us to reconfigure services and still maintain a strong branch presence in the area.”

The bank said it is in effect “merging” its branch in the Parkway Shopping Centre, with outlets at the University of Limerick and the Castletroy commercial campus.

However, Mayor O’Hanlon said: “I think banks must have some social obligation to sustaining a community facility. Residents are now faced with having to travel to Castletroy which is a long way away, at least a mile from the Parkway.”