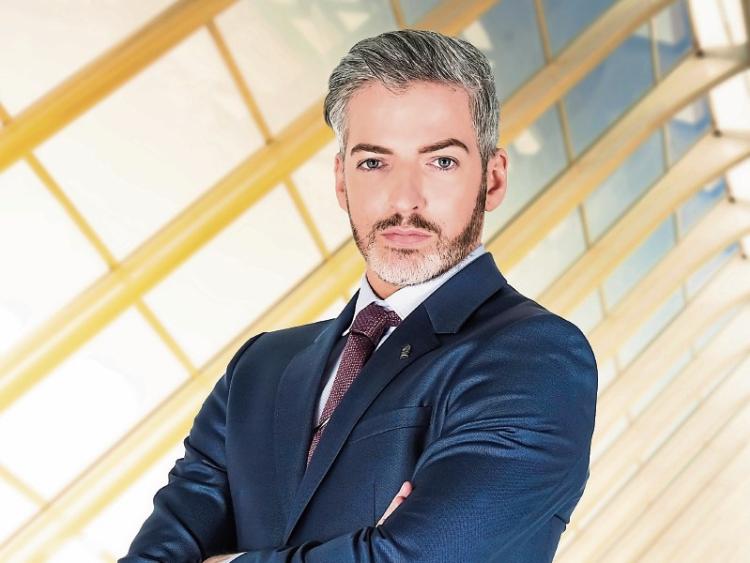 Dillon St Paul from Limerick beat 80,000 applicants to star on The Apprentice

HAVING been chosen from over 80,000 applicants to star on this year’s series, Limerick man Dillon St Paul says he has what it takes to win this year’s The Apprentice UK.

A staggering 5.5 million people tuned into BBC One last Thursday night for the opening night of the 12th series of the hit show.

Describing himself as “super-creative”, Dillon, who is originally from Castletroy, feels he is in with a good shot of taking the £250k winning prize.

However, he also says that he is “not egotistical enough to not consider some of the other candidates serious contenders as well.”

The 37-year-old decided to put himself forward for the series after a friend of his missed the deadline to apply last year.

A former student of Milford National School and Ardscoil Ris, Dillon studied graphic design at Limerick School of Art and Design before he started working for a web design agency.

While he dabbled in other work he went on to focus mainly on magazines and publishing in Dublin.

His biography which is included in the BBC’s press pack says he intends to be ‘Machiavellian’ about tasks and says he will tell white lies if he needs to.

“I am a very competitive person,” he told the Leader this week, “but, at the same time, I’m really collaborative and I know the power of collaboration. A lot of time when you are working with people it’s OK to be competitive as long as you’re not...like if we have a common goal, I am not going to be naive enough to be competitive with someone who is on my team. You have to chose who you are competing with and make sure you are not competing with yourself.

“Ultimately, if you are on a team and you are trying to shine more than your colleague, sometimes that can hamper a good result.”

His biography also includes the following quote from him: “Sometimes batting the eyelashes can get you a lot in business. Hence, the mascara comes in handy – so they can see those lashes.”

“I’m not saying that you will achieve great things in business if you wear mascara,” he smiled, when asked about the quote, “obviously, I don’t mean that [the quote]. What I mean is, if you are charming, if you are groomed, if you schmooze potential clients - that can go a long way - don’t overdo it, but give the impression that you take this seriously and put the best foot forward.

“Presentation is always really important. I guess what I mean about batting the eyelashes is as the old saying goes. ‘you get more bees with honey’.

“You should try to be charming and graceful at all times - it will get you far.”

The boardroom boss, Lord Sugar, he says, is “an awesome character” and “quite formidable”.

“I have great respect for him. He is not an easy person in the sense that if you don’t have your facts and figures and he comes to ask you a question, you need to know what is what as he doesn’t suffer fools.”

Dillon’s birth name is Paul Dillon. Dillon St Paul came about as a result of a branding project from college which required him to create a brand from his name - he has used it since.

“It’s been a long time since I have been called Paul and I prefer Dillon.”

He loves getting home to Limerick as often as he can. His mom Noreen Small hails from Ballynanty while his father, Joe Dillon, is from St Mary’s Parish.

“Home for me is Limerick. I love going back to Limerick and the feeling I get in Limerick.”

The Apprentice airs on Thursdays on BBC One at 9pm.