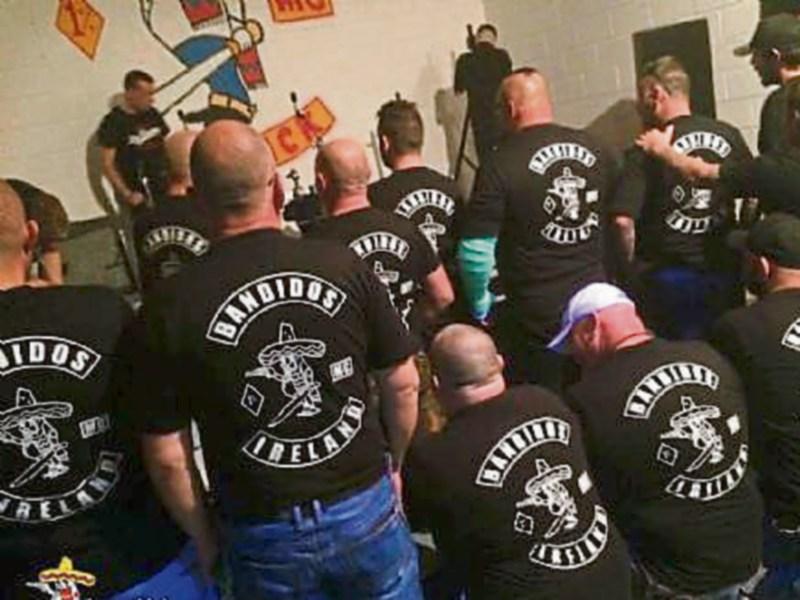 ARMED members of the Regional Support unit and detectives in Limerick are monitoring the activities of a notorious international motorcycle club, which has officially initiated its Limerick chapter and has established a base on the outskirts of the city, much to the fear of local residents.

The Limerick chapter of the Bandidos Motorcycle Club - whose motto is 'We are the people your parents warned you about' - held a party on the outskirts of Limerick city last weekend - which was heavily policed by local gardai, detectives and the Regional Support Unit - after officially being recognised by the worldwide organisation.

The motorcycle gang is feared in other parts of the world due to its criminal associations, and the gang’s main rival has historically been the Hell’s Angels.

On the Bandidos' official website, photos of the party in Limerick, which was attended by some 200 bikers, were posted online, with congratulatory posts praising the establishment of the group, saying: “Proud Irish brothers showing of the new status as full patch chapter. Well done.”

The patch which aspiring groups strive to earn is a patch bearing a man wearing in sombrero and holding a machete and pistol.

Chief Superintendent Dave Sheahan, head of the Limerick garda division, confirmed to the Limerick Leader that gardai were “aware of the inauguration of the Limerick chapter of Bandidos and had a plan in place to monitor and prevent any public order issues”.

Chief Supt Sheahan confirmed that up to 200 bikers were present from Limerick, and across the country, as well as a “significant network of their European associates”, including those from Germany and Holland.

He confirmed that one woman was arrested near the scene of the party on the Old Cork Road, and that she was brought before a special sitting of Kilmallock District Court on Sunday last, where she was convicted and fined €150 for possession of a knife under the Firearms & Offensive Weapons Act.

All roads leading into the estate were covered by gardai, he said, but he did not wish to outline the entire detail of their policing arrangements.

Local residents told the Limerick Leader that they observed as many as 40 heavily armed members of An Garda Siochana and the Regional Support Unit policing the area and the vicinity.

“They stopped every vehicle coming into the estate, searches the boots, and searched everyone who came in, and they took pictures of a lot of people. Seeing armed gardai policing a party is a bit crazy, but residents here are very fearful of anything happening here.

“The party went on until about 7am the next morning, and the gardai were still watching them,” one concerned resident told this newspaper.

A private group on Facebook - under Bandidos the Westcoast chapter of Ireland - counts over 1,100 members.

Outside of Ireland, its criminal involvement has been well documented, with members receiving convictions for murder, drugs, trafficking in stolen money, amongst other offences.

Another Limerick based motorcycle group, the Road Tramps Motorcycle Club, who regularly take part in charity runs, insist they are a club and not a gang.