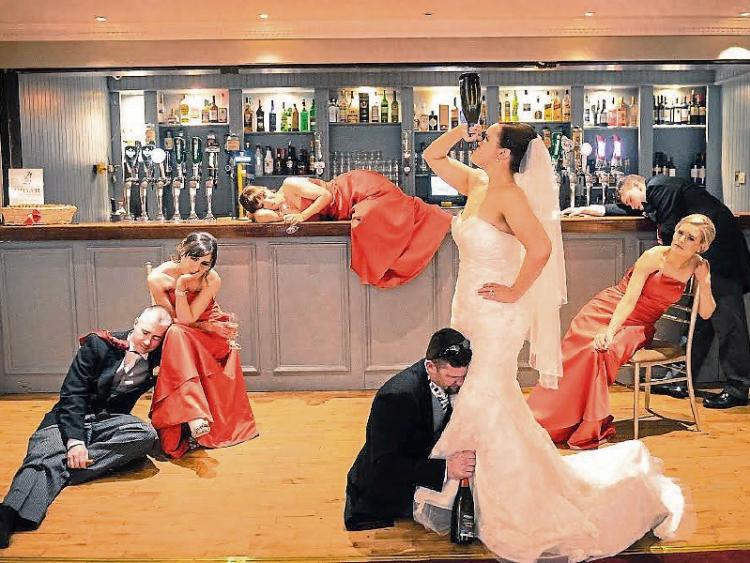 Worse for wear: Shaun and Laura Murphy, flanked by their bridal party, on their big day. Thankfully the couple were merely striking a pose, and celebrated into the early hours

THEY walked into the dining hall in the Woodlands in Adare as Mr and Mrs to Frank Sinatra’s New York, New York.

But not everyone was aware of the amazing journey that Laura and Shaun Murphy had been on up that point, taking them from Kilmallock to New York and back again. 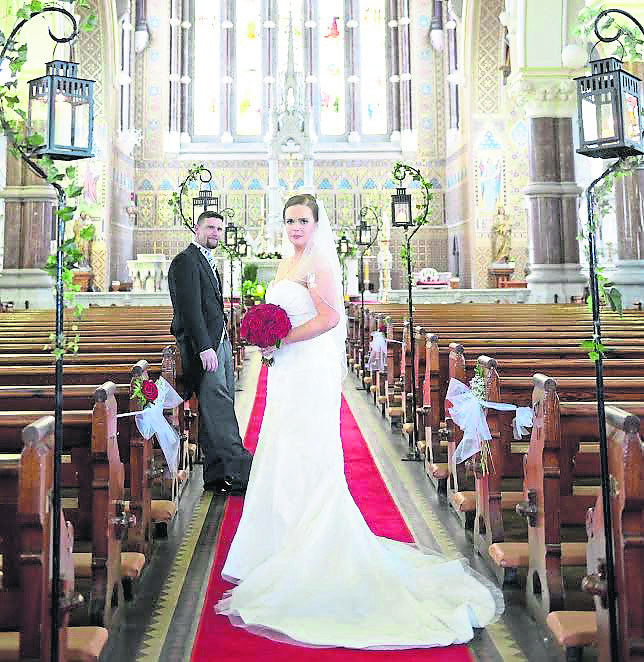 Laura Conway’s and Shaun Murphy’s paths first crossed before they could even speak.

“We’ve known each other all our lives,” explained Laura. “The day Shaun was born my mother was going into the Regional Maternity Hospital in Limerick for her first scan with me and met Shaun’s dad Ger coming out of the hospital. He told her that he and his wife Geraldine had just had a son.”

Shaun moved to America with his parents when he was six years old and over the years they remained friends, and would hang out whenever he came home on holiday with his parents.

“We’d spend hours on Facebook chat or Skype with one another and I visited New York and he came back to Kilmallock.

“Five years ago I made the big move to New York and shortly after we moved in together. We decided we wanted to start a family and soon after discovered we were expecting. We were thrilled. Unfortunately at 32 weeks we welcomed a baby girl, Isabelle, but she was born sleeping. We were devastated to say the least.”

Happier times were to come in May 2014 when they got engaged. He got down on one knee on the balcony of their apartment, and while he had planned a romantic night to mark the occasion, he said that as soon as he got the ring he had to show it to her.

On June 1 of that year they had a civil ceremony in New York, whilst planning a church wedding for this April in Kilmallock.

In July 2014, the couple received the devastating news that Shaun's mother’s cancer had returned.

She fought breast cancer a decade previously, but on this occasion she was told it was terminal and was given six months to live.

“She put up a very brave fight for 15 months but lost her fight in October 2015. She was remembered very dearly and we had many tributes to her on our big day.”

It was also the 30th wedding anniversary of Laura’s parents, who also celebrated their day in the Woodlands hotel.

Shaun 35, a union carpenter in Manhattan, was a Sergeant in the United States marine corps, serving from 1999 to 2003, while Laura, 34, works as a server in a restaurant in White Plains, New York.

One of the little touches that made it special was bringing a slice of the Big Apple to Adare, as all their tables were marked with the names of New York streets, such as McLean Avenue, and Broadway.

Shaun also cut the cake with his sword from his time in the marine corps.

“We had the best day ever! We celebrated with 250 people on our big day and it was one to remember. We came back to New York on a high from our wedding and the icing on the cake is we are now expecting again and please God, all going well, baby Murphy will be with us in March.” 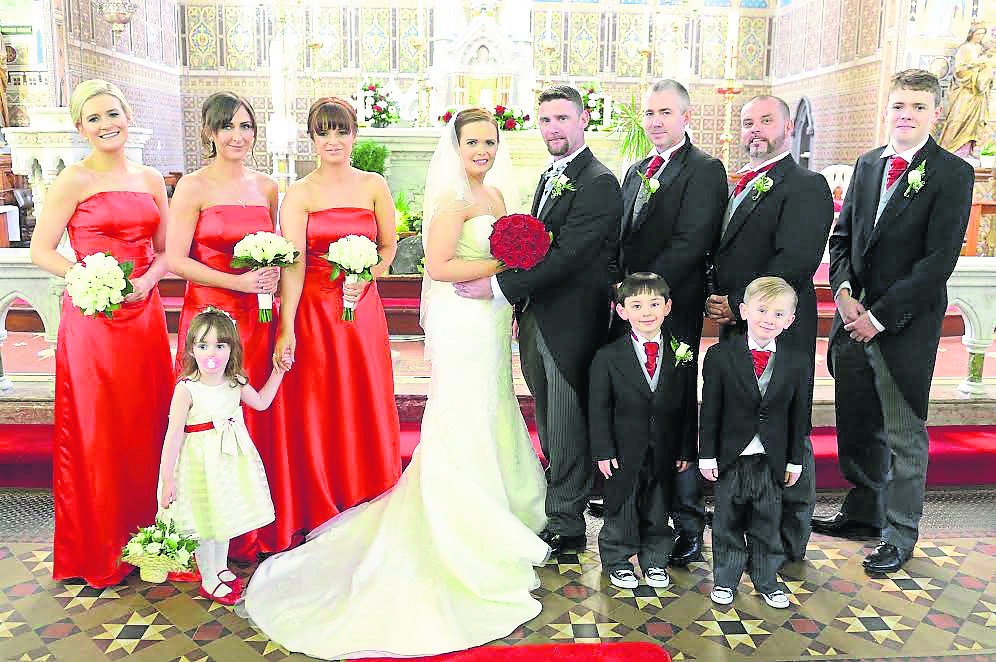