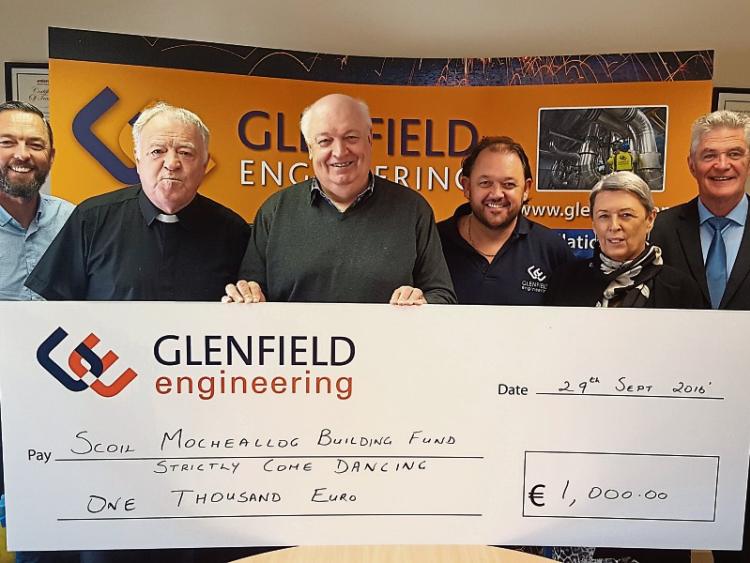 THIRTEEN couples are hoping their luck will be in on October 28 when they take on a big dance number in front of several hundred people as part of a Strictly Come Dancing fundraiser.

In a bid to raise funds for the new primary school in Kilmallock, 26 people from the local area have been sweating it out in recent weeks in a bid to perfect the jitterbug, tango, jive, salsa and mambo.

“The dancers are currently being put through their paces by professional choreographer Bridget Harte and they look spectacular,” explained Michael O’Connor, principal of Scoil Mocheallog.

A great sense of camaraderie now exists among the 26 participants,” he added.

A new primary school to cater for the educational needs of children from the locality is currently under construction and is at an advanced stage. The entire project is expected to be fully completed by May 2017.

“This will be largely funded by the Department of Education and Skills. There is, however, an outstanding amount that has to be collected at local level,” Mr O’Connor explained.

A number of fundraising activities have taken place already but the biggest will be Strictly Come Dancing which will take place in the Charleville Park Hotel on Friday, October 28.

Doors will open at 7pm and the show will commence at 8pm sharp.

The organising committee of the Scoil Mocheallog Building Fund - which includes Canon Willie Fitzmaurice, Annette Ahern, Pat Lynch, John Clery, Frances Hayes and Michael O’Connor – wish to express their gratitude and appreciation to all the dancers for their participation and involvement in this major fundraising event.

Tickets will be on sale in the pastoral centre in Kilmallock this Saturday morning from 10am to 12 noon at a cost of €20 each - a maximum of two tickets per person.