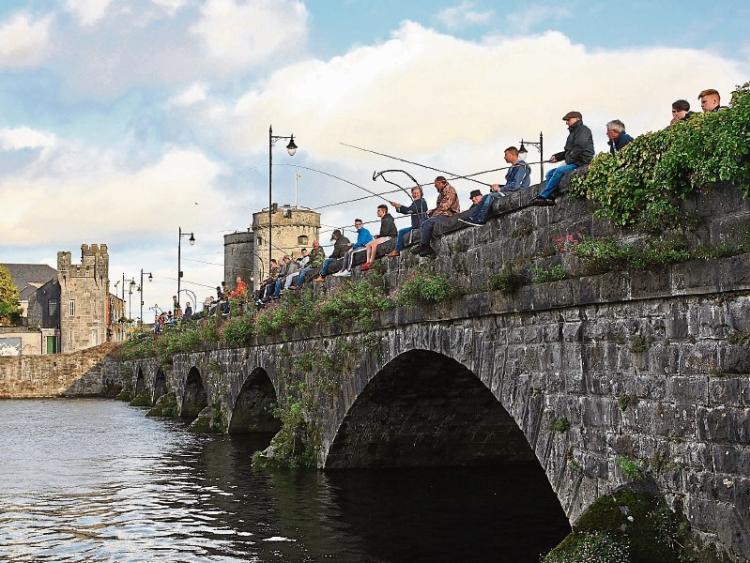 Dermot Lynch captured the reenactment of the original picture, below

A POPULAR photo from the late 1950s depicting the St Mary’s Park fishermen at Thomond Bridge was recently reenacted by relatives still living in the area.

The reenactment was organised by St Mary’s man, Sean Quinlivan, 70, whose late father Jackie was in the original photo. The picture now hangs in Tracey’s shop, on Nicholas Street, which is admired by locals on a daily basis.

“I have a passion for angling, and I look at that picture everyday, whenever I go into Tracey’s shop. It brings back many memories. Lots of people have commented on it. And it’s more than people on a bridge fishing; it was a way of life. It was a way of life for those people in the photo. People, back then, fished for trout to help subsidise their wages. And I will always remember my father selling his trout and his catch,” he told the Leader.

He added: “I arranged for the reenactment of it, because it is something that I wanted to do, just to let people know that this is something unique to Limerick. 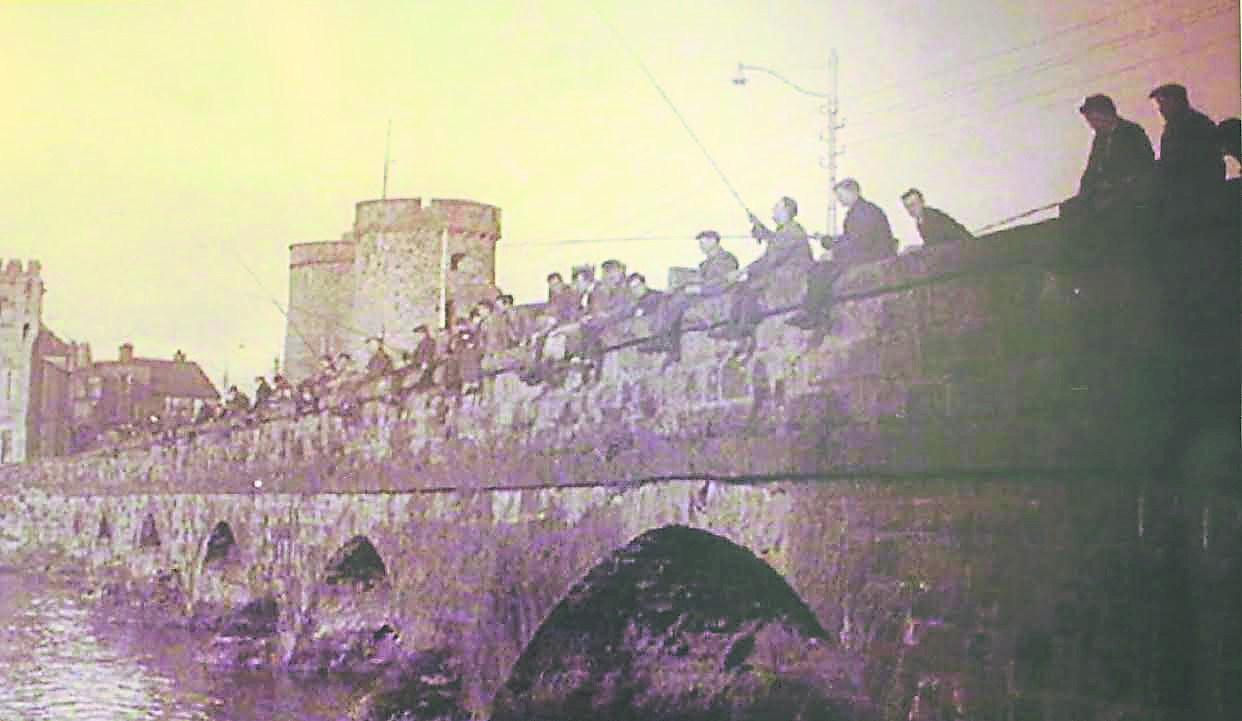 It is not known, yet, who took the original photograph, which is believed to have been taken, sometime between 1957 and 1959.