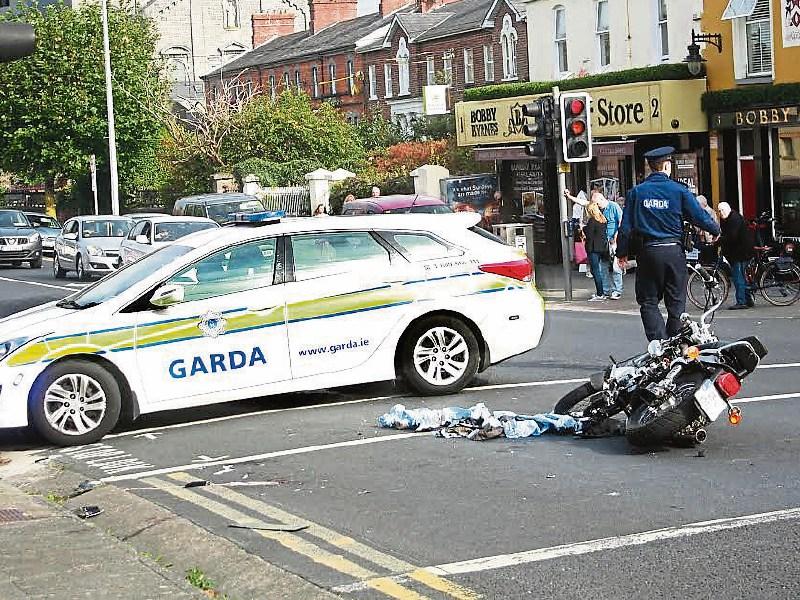 Gardai at the scene of the crash in Limerick city

ONE person has been taken to hospital by ambulance following a crash involving a motorcycle and a car in the city early on Sunday afternoon.

The crash occurred at the traffic lights on O’Connell Avenue, opposite Bobby Byrne’s pub.

One unit of Limerick Fire Brigade attended the scene to clean up an oil spillage on the road after the crash.

The unit was deployed at 1.36pm and returned to base half an hour later.

Gardai attended the scene, and directed traffic for a time.

Gardai at Roxboro Road station said that the driver of the motorbike was taken to hospital and is not believed to be in a critical condition.