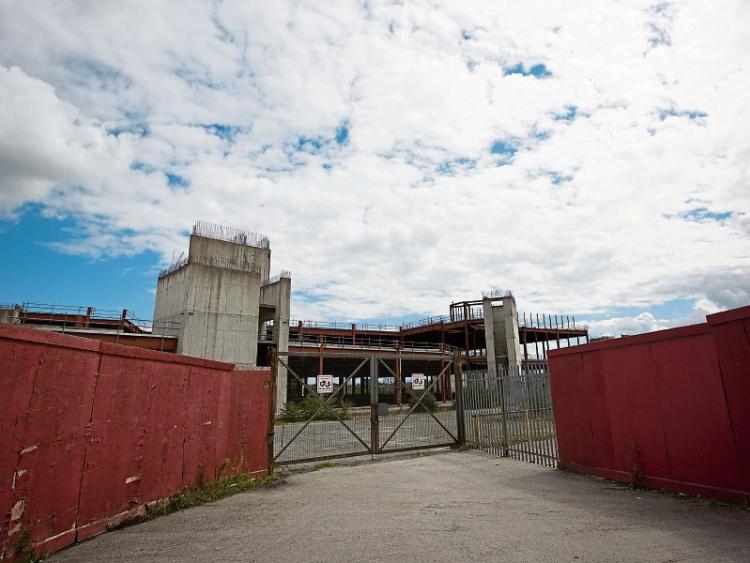 THE focus must now switch to different uses for the Parkway Valley site at the Dublin Road, businesspeople and councillors have said.

It comes after Capital Assets saw its plans for extra time to develop the half-finished site as a €100m 63,000 square foot shopping centre denied by council planners.

The council said it is refusing the application, pointing out any applications for extensions can be made “once and only once” under section 42 of the Planning and Development Act.

Previous owners of this site had already made bids to extend planning permissions at the land, dating back to 2004.

The latest plans for the shopping centre – unveiled in 2014 by previous owner Suneil Sharma – would have seen two anchor tenants – one being Marks and Spencer – as well as 37 smaller units. Twelve restaurants were also proposed along with a leisure centre and creche.

Calls have now been made for a mixed-use project to include some form of accommodation and office space at the long-derelict site on the fringes of the city.

It is likely that due to the fact much of the infrastructure has been standing idle for almost a decade, it will need to be replaced for any new development.

Chamber chief executive Dr James Ring said: “The Chamber’s view is the most practical use of that site is as mixed development. We badly need office space, we badly need housing, and this site is ideal for that kind of development.”

He also called on the city to stop “hanging on” to the idea of Marks and Spencer coming.

“It is one company. The reality is Marks and Spencer will come where they believe they can make money like any business will,” he said.

Dr Ring said the best chance the city stands of getting the British retailer to invest here would be to make a site opposite Arthur’s Quay – envisioned in Limerick 2030 – ready for private development.

“Then we won’t have to worry about Marks and Spencer being in the city or not, because we will have a suitable venue for them and others like it,” he said.

Helen O’Donnell, Limerick City Business Association, added: “We are anxious this site will be put to good use in terms of mixed-use accommodation and office space. With all these jobs coming to Limerick, we will be running out of space, even with the Hanging Gardens and other sites.”

Anti-Austerity Alliance councillor Paul Keller, who lives in the Castletroy View estate, which is behind where the Parkway Valley was to be built say residents will be giving a “big hurrah” to news that the application for an extension had been turned down.

“Student accommodation should come up as part of this discussion now. I don’t think it would impinge upon anybody. It might do good for the local community,” he said.

The refusal of planning permission has attracted a lot of debate on the Limerick Leader’s Facebook page.

Bernadette Ryan called for a “centre for mental health services”, saying this is something Limerick “is crying out for”.

Meanwhile, Sara Louise Bosek believes it would be a “perfect location” for a branch of the Swedish DIY chain Ikea Ireland.