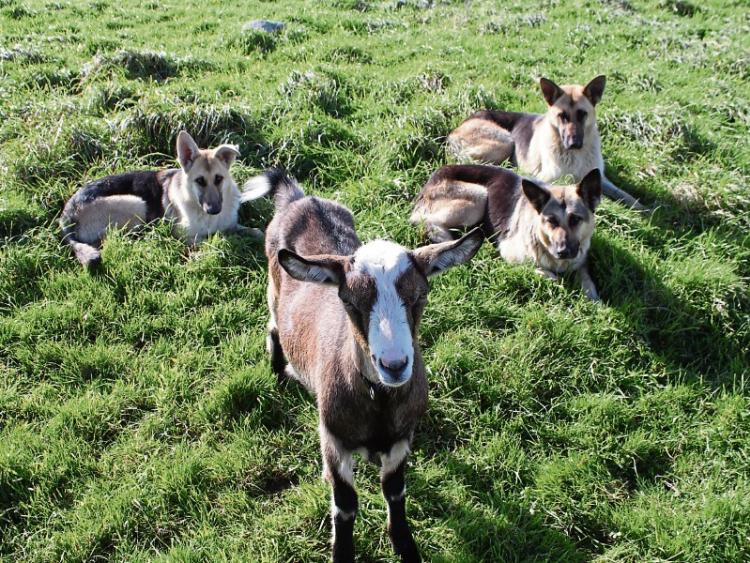 ‘What you lookin’ at?’ The Kid is not so camera shy during his big photo shoot in Moyross Picture: Michael Cowhey

MOYROSS has a new animal mascot - a young goat that has been trotting about on adventures with a family of friendly Alsatians.

In recent weeks, admirers have captured the goat on camera leading the dogs on city excursions, which has been shared by the masses on social media. Widely-circulated photos also show the pack lounging about on the estate’s various greens.

Wonderful,surreal, mad, Limerick. A goat using an alsatians back as leverage to ride another alsatian. pic.twitter.com/QPiHpnss5e

But what some people don’t know is that the seven-month-old trotter, named The Kid, is also a member of this canine family, now residing in the northside Limerick city estate. 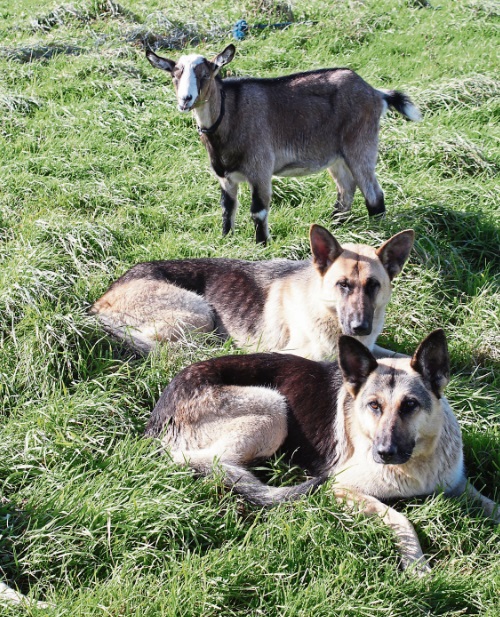 The Kid lost his mother on the day he was born. At the same time, according to owner Michael Stanners, Troubles the German Shepherd was pregnant with a litter of pups. The two automatically clicked, and the mother allowed the lone goat to suckle her before she was to give birth.

Two days later, The Kid’s best friend, Lady, arrived into the world. And ever since, Michael says, they have been seen wandering around all parts of the estate.

“The two of them think that they are brother and sister. And they have great aul’ craic, and they have great scraps, playing of course, with each other! He goes everywhere with me. That goat goes all over Moyross. He wanders all over the place, and everyone knows him,” he laughed.

The Limerick Leader met with Michael, The Kid, the three canines, Troubles, Lady, and Babes, and his horse Champ, on a green near Pineview Gardens. The Kid, rather busy eating grass with Champ, wasn’t too interested in posing for a photo as the dogs huddled for a group shot.

But when Michael stood next to our photographer and crumpled an empty Tayto bag, The Kid raised his ears and darted towards the camera.

“He thinks it’s food!” he laughed, adding that when it comes to grub, the giddy goat can be very demanding. 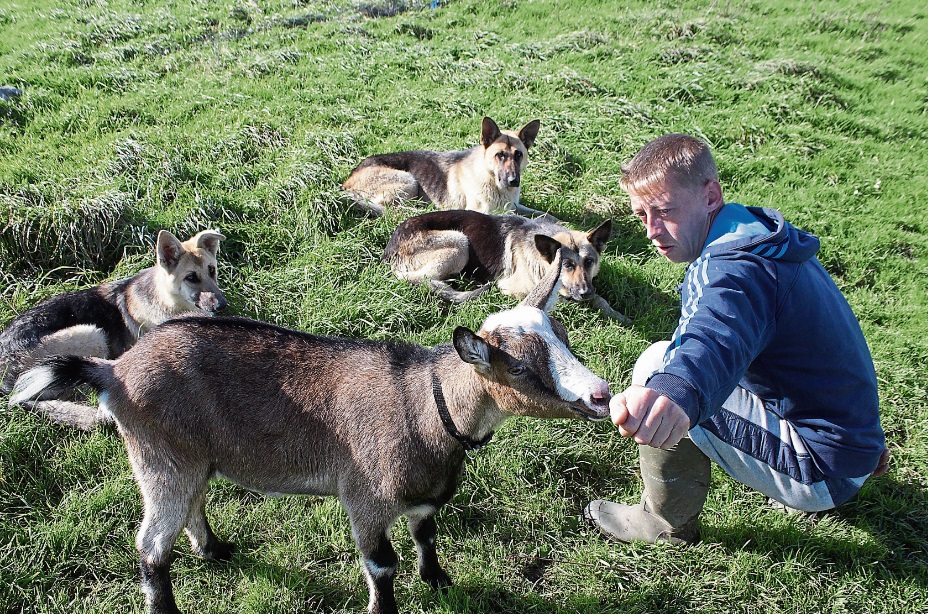 The peckish critter is often seen at home, hopping on a bench and onto the windowsill, hooving at the kitchen window to beg for biscuits. This is one of his many tricks, Michael explained.

They also sleep together at night time to keep each other warm.

“Even when it is lashing rain, him and the other dogs would all go into the dog box together, but they would let him go in first. He’s always the fella at the back.”

Michael says that the famous goat also belongs to his five-year-old daughter, Tiana.

“She is the only one, really, who knows how to catch him!”