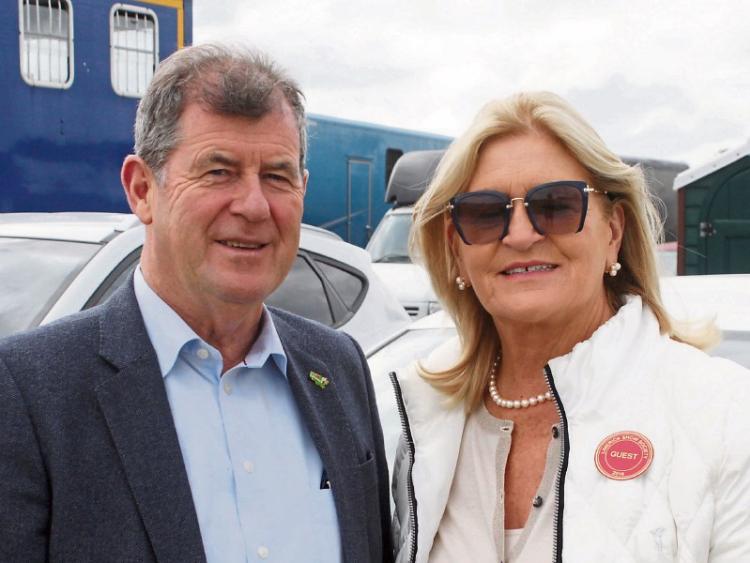 WHEN NOREEN Kirby and JP McManus were attending secondary schools in Sexton Street little did they know they would both return in later life to grant scholarships.

As teenagers they travelled in from County Limerick to the city to be educated by the Presentation Sisters and Christian Brothers respectively. Love blossomed over the boundary wall, when perhaps Noreen caught JP’s eye, and neither have forgotten their alma maters.

Over 150 young men have benefitted since Mr McManus started a programme to support CBS Sexton Street students through college 20 years ago. And now the first Noreen McManus scholarship awards will take place on Monday afternoon in Colaiste Nano Nagle, formerly the Presentation School.

Mrs McManus has committed a quarter of a million euro over five years to help the girls finance their third level journey. The idea actually emerged at a ceremony to mark the school’s name change in 2014.

Marion Cummins, principal of Coláiste Nano Nagle, said they invited Mrs McManus as she is a past pupil.

“We got chatting and Noreen said she would like to help the school out. I then met her at the JP McManus All-Ireland scholarship awards in UL and shortly after that I got a phone call from her that she wanted to come to the school

The first set of bursaries will be handed out on Monday to those who got their results in August.

“We are absolutely thrilled and can’t thank Noreen enough. It is going to make such a difference to the students. We are really excited about it in the school and the parents are thrilled,” said Ms Cummins.

The school already had their own mini- scholarships in the school where the board of management gave some funds to the best students “but nothing like this” said Ms Cummins.

The principal said it has the “power to change lives”.

“Going on to third level is very expensive. When they say there are no fees there are fees – there is a registration fee starting off at €3,000 and that it is before you buy a laptop, books, rent, all your living expenses, so it is a great start and that is going on over the duration the student is in college.

“It doesn’t cover everything but it certainly goes a long way into getting them up and running,” said Ms Cummins.

Numbers are rising in Coláiste Nano Nagle as they now stand at 331 and this scholarship awards will be another boon.

“Noreen has been so gracious and so kind. She didnt have to but it is lovely and I think she is very happy with the idea,” said Ms Cummins.

The Noreen McManus scholarship awards will be officially launched in Coláiste Nano Nagle at 4pm on Monday, October 10, with a special ceremony featuring pupils, staff, parents and the donor. Fittingly Mrs McManus will plant a tree as Ms Cummins says the lady from such a well-known greyhound family has “never forgotten her roots”.