Murray left Limerick 2030 board after just three months as director

Brosnan-chaired company to be responsible for regenerating swathes of city 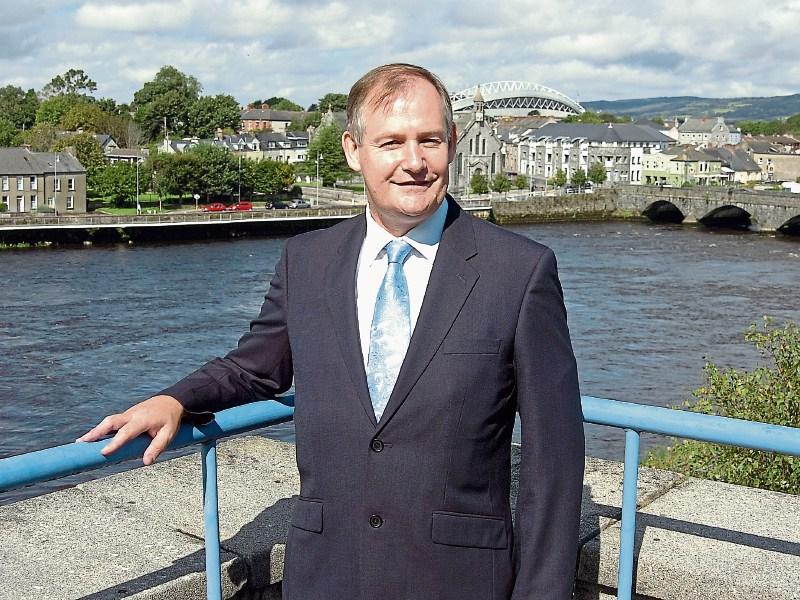 THE chief executive of City and County Council resigned in August as a director of a company designed to deliver €500m of investment through redevelopment of the city centre, having only been appointed in May.

Conn Murray had been a director of Limerick 2030, a special purpose vehicle chaired by businessman Denis Brosnan.

The group is tasked with delivering infrastructure across four strategic sites in Limerick City.

It will prioritise the redevelopment of 1.4m square feet of prime real estate into state-of-the-art office, retail, residential, education and enterprise space.

However, he resigned as a director in August, with a council spokesperson saying this was “to avoid any inference of undue influence or pressure of any kind”.

As the head of the local authority, Mr Murray is the final arbiter of planning in Limerick City and County, and can overturn the planning recommendations should he see fit.

Questions had already been asked previously over the role of the council in acting as a de-facto developer in identifying lands for redevelopment, and a potential conflict this may have with private businesses seeking to do the same.

At several local authority meetings over the last year, Fine Gael councillor Daniel Butler has asked how the council can reconcile these two roles.

Speaking to the Limerick Leader this Wednesday, Mr Brosnan said: “We wanted a company which would be independent, and to be seen to be independent. It can hardly be independent if you have the highest directors from the local authority on it.”

Mr Brosnan added: “We will be looking for more independent directors to get the balance right. We need local authority representation, but it cannot be a majority of local authority people.”

A number of councillors have privately raised concerns with Mr Murray’s presence on the board from the beginning, with one asking: “Why did he allow himself to be put on that body in the first place?”

A spokesperson for Limerick City and County Council confirmed Mr Murray stepped down in August, over a month before Limerick 2030 was launched to the public at the Limerick Strand Hotel.

They added: “He had indicated to the chairman of the board at an early stage of his intention to resign once the company entered his next phase and its purpose and role was clearly defined.

“In this case, the chief executive for the purposes of good corporate governance went beyond what was required by law and took the decision himself to resign from the board to avoid any inference of undue influence or pressure of any kind.”

But the spokesperson said he will “continue to work closely” with Limerick 2030 to “deliver the ambitious and achievable plan to transform Limerick into one of Europe’s top investment locations.”