Crowds turn out in Limerick for Coldplay tickets 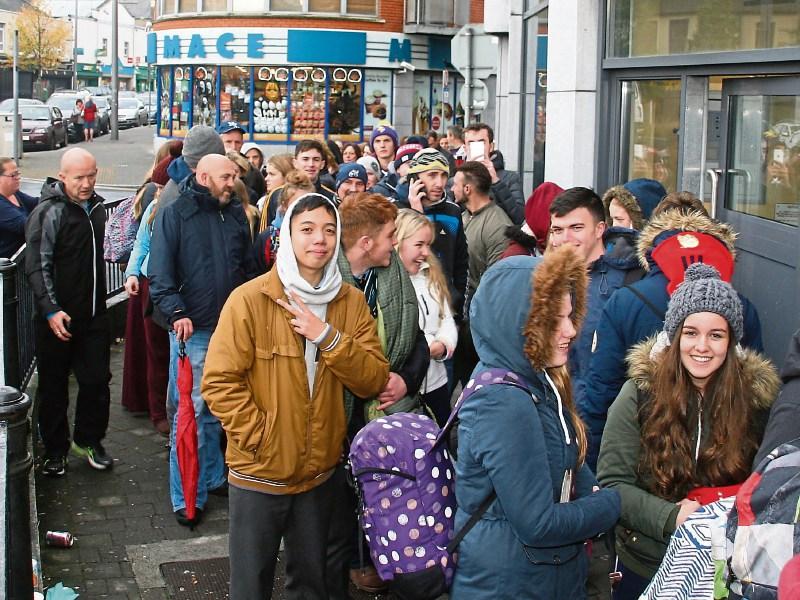 LARGE crowds turned out in Limerick this Friday morning hoping to secure tickets for Coldplay’s 2017 show in Croke Park.

A queue snaked around the corner from the Ticketmaster outlet in the city at Gleeson’s Sports Scene from early morning.

Several groups of fans managed to secure prized tickets for the July 8 concert, which had sold out by 9.30am. 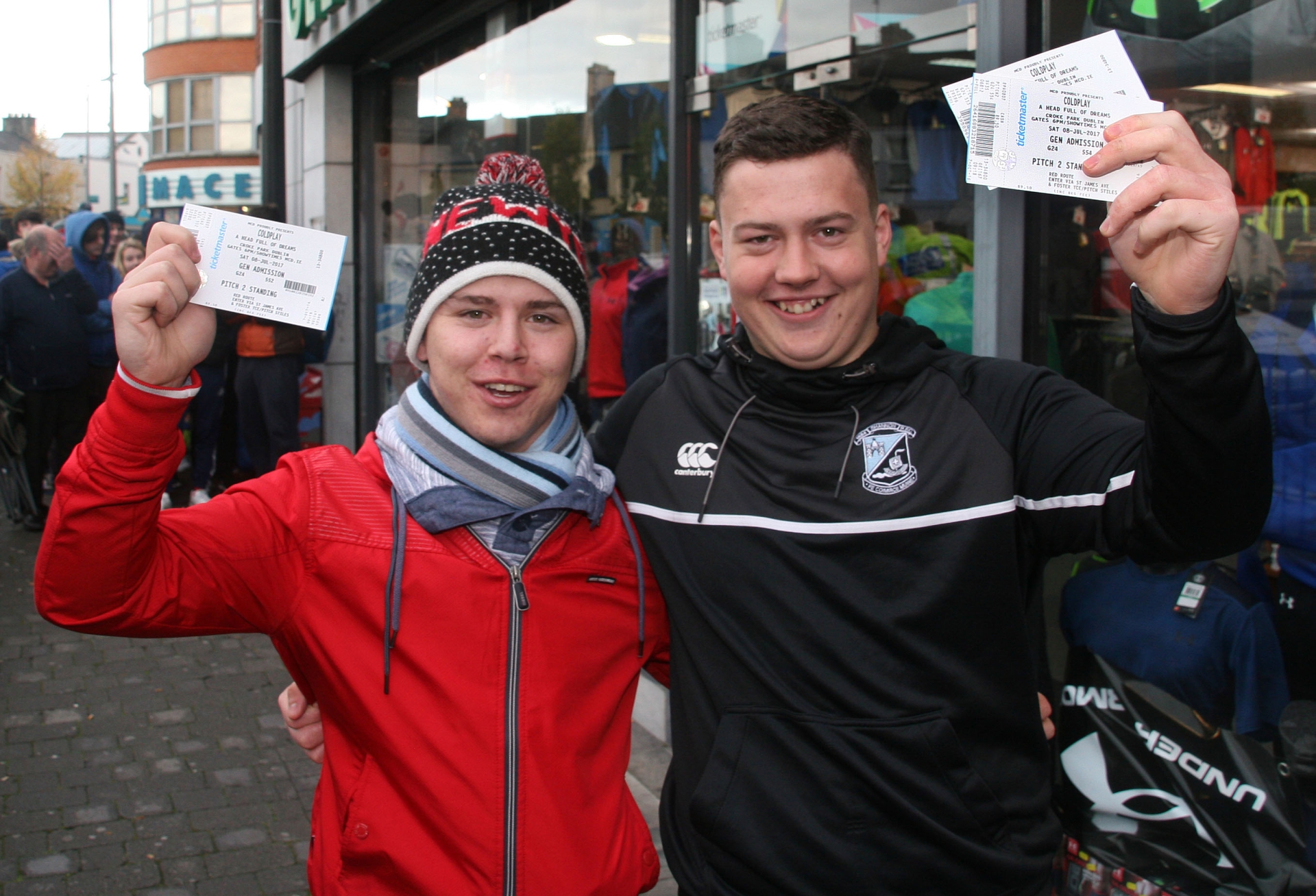 Eoin Turner and Adam Murphy with their tickets 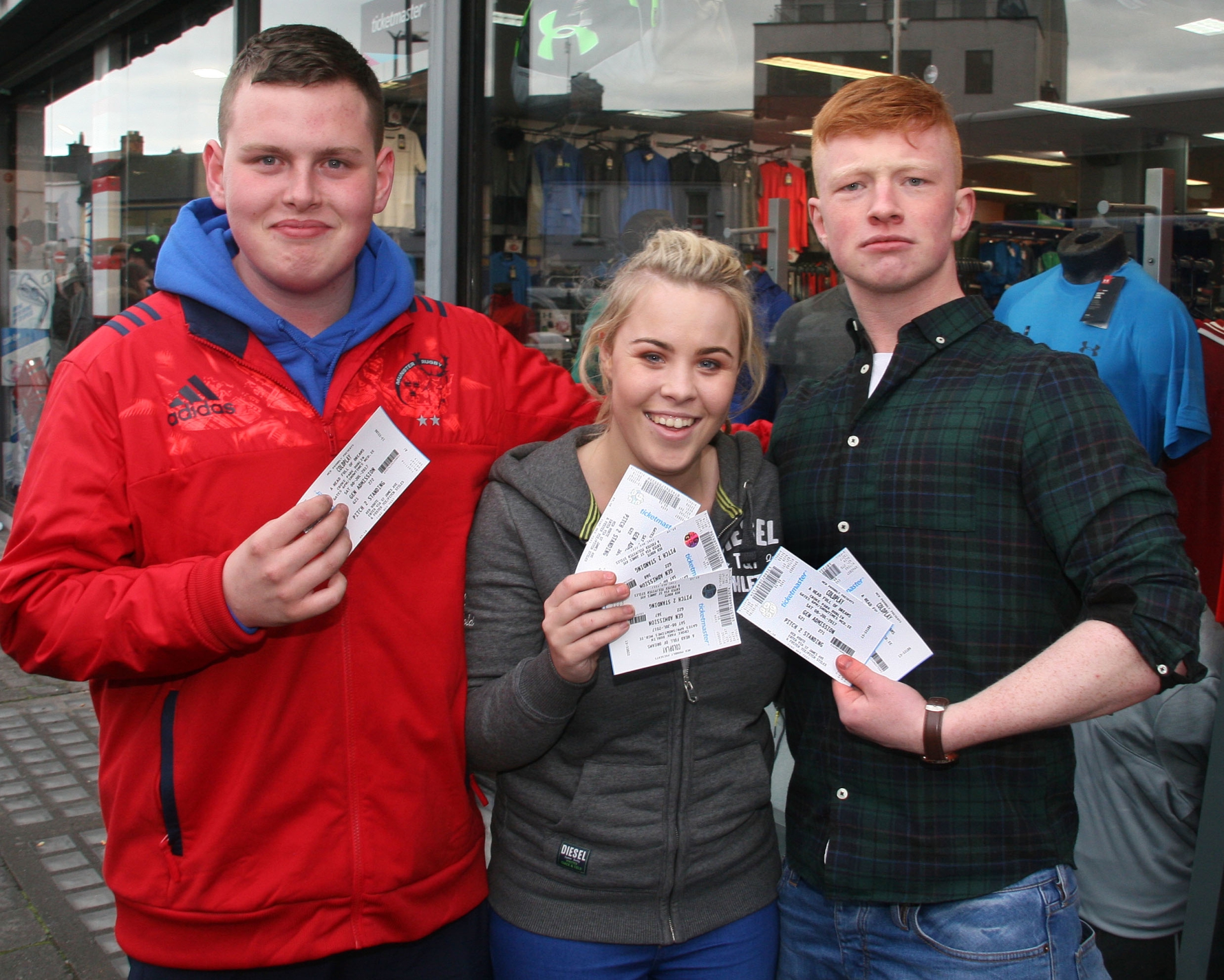 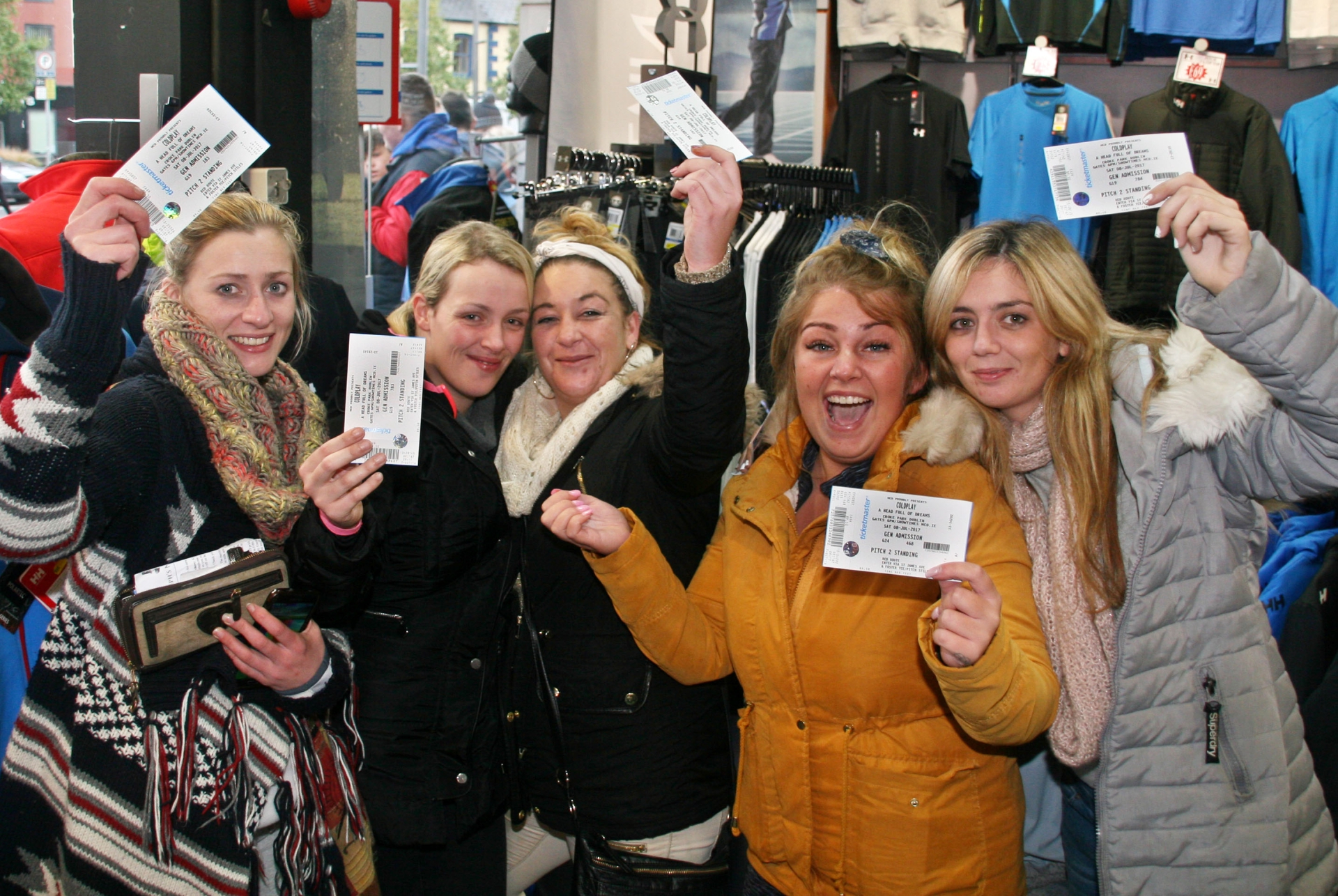 The UK band will play 13 stadium shows across nine countries on the Head Full of Dreams tour into 2017.

Since March of this year, the tour has played to 2.5 million people across Latin America, the US and Europe, including four sold-out nights at London’s Wembley Stadium.

The show was created by the band alongside celebrated production designers Misty Buckley and Paul Normandale. It heads to Australia and New Zealand in December.

A Head Full Of Dreams has sold more than 4 million copies since its December 2015 release.