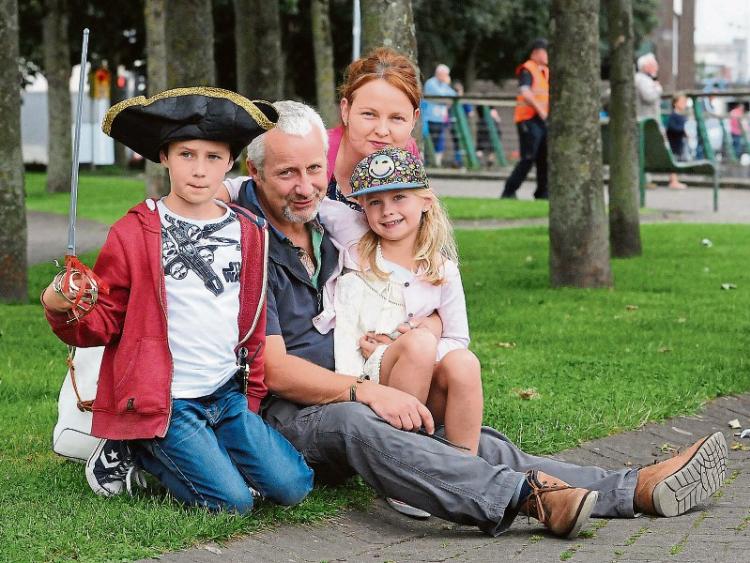 Attending commemorations earlier this summer to mark the signing of the Treaty of Limerick were Oisin, Allen, Ava and Siobhan Meagher, Fedamore

THE 325th anniversary of the signing of the Treaty of Limerick will be marked this weekend.

The Limerick Civic Trust is marking the anniversary, with a series of events, including two lectures and a walking tour from St John’s Square.

It is hoped this weekend – the second commemoration this year of the signing of the Treaty in 1691 – will become yearly.

Led by city archaeologist John Elliott, the walking tour will depart St John’s Square and follow the circuit of the Williamite forts that besieged the city in 1690 and 1691.

Following this, the first lecture at 5pm from historian Liam Irwin at St Mary’s Cathedral will focus on the famous Jacobite soldier Patrick Sarsfield, who led the cavalry attack on the Williamite siege train at Ballyneety in 1690 and defended the city the following year, later leading the Wild Geese into exile on the continent.

It is the second such commemoration of the signing of the Treaty this year.

This event saw over 25 horses galloping through the city, while the signing of the Treaty was also re-enacted.