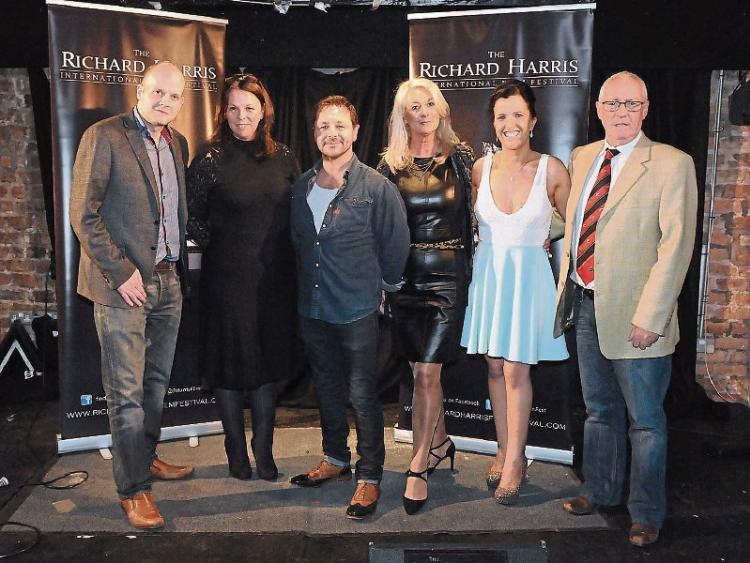 The festival, returning for its fourth outing for an expanded five days at the end of October, was launched in Dolan’s on Monday night.

Indeed, those behind the increasingly high profile festival were invited to the US Ambassador Kevin O’Malley’s residence in Phoenix Park last week for a performance by three time Grammy award winning songwriter Jimmy Webb, who will perform in the Lime Tree as part of the event.

Richard Harris’ son Jared, a board member of the festival and attendee for the past two years, will return and will take part in the table read of Oscar nominated scriptwriter Shane Connaughton’s new screenplay Pirate Queen, along with movie star Stephen Rea.

“We are delighted to host the live script reading of the new screenplay, narrated by Stephen and featuring some very special guests of international renown – including Jared and Fionnula Flanagan. This will be a unique and unmissable event,” said festival director Zeb Moore.

Mr Moore said at the launch that it will screen over 55 Irish and international short films and features, with workshops and events also featuring directors Terry McMahon and Gerry Stembridge and journalist Joe Jackson, the latter who will perform his one-man show based on his interviews with Harris.

Entitled “Richard Harris – A Play in the making”, this show is based on over 30 hours of taped interviews and will get its first public reading, complete with “mostly new audio clips of and private, previously unseen video footage of Richard Harris”, organisers say.

Details of a new video on demand platform, a “first for Irish festivals”, were also announced and Rob Gill, commercial director, said that this addition, plus the live music performance and new documentary sections, were the “first steps in our five-year plan towards building a multi-disciplinary festival”.