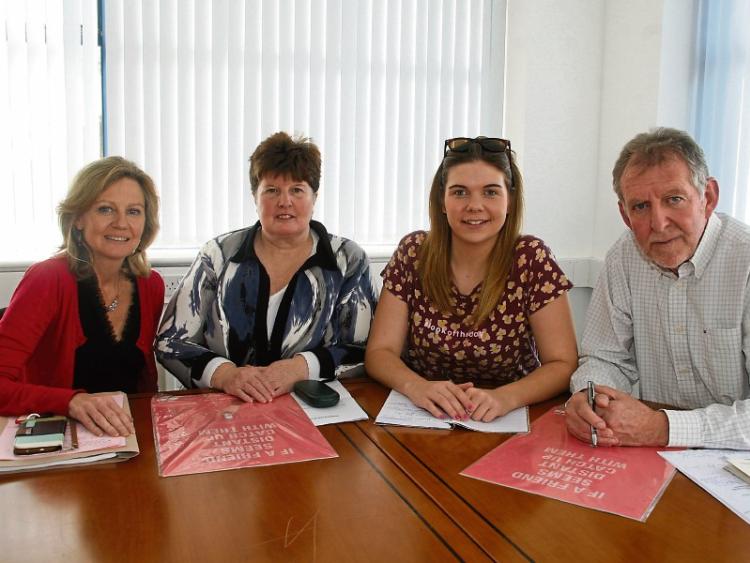 PLANS are being put in place for a “one stop shop” networking event for all the suicide prevention charities in the region.

At the second meeting of the council’s suicide prevention strategy group, it was also decided to produce a directory outlining all the services to people who may be contemplating taking their own lives.

Sinn Fein councillor Lisa-Marie Sheehy said: “There is a feeling that everyone is doing their own thing. There is an over-reliance on non-governmental organisations to do a lot of work. They are all moving forward but often with reduced resources. We could be working better together.”

Cllr Sheehy – who chairs the committee –  added: “People are interested and want to get involved. A networking event ran by ourselves would be very positive, especially at a time when resources are reducing, and suicide rates are crawling up. This is where we really come into play.”

Fine Gael councillor Michael Sheahan suggested a well-known Limerick personality, who has suffered from depression, be invited to talk at the event “to act as a centre-point”.

Cllr Sheehy added there is a need for groups and charities providing support to people suffering from mental health issues to contact the committee and let them know they are here.

“There is a lot of work in this, but it will be very beneficial to so many people,” she added.

Among the many groups providing support to people who may be contemplating taking their own life is Limerick Suicide Watch, which patrols the banks of the Shannon several nights a week.

Cllr Sheehy said: “They have intervened in 30 cases since May. This is 30 possible people who may have been saved as a result. It was very eye opening to hear this. Imagine if that resource was not there – it is very scary.”

Cllr Sheahan also suggested there are many hidden causes of suicide, for example, people involved in road collisions.

Council members, it was stated, also receive calls from many of their constituents who may be in distress.

To this end, councillors will be emailed with information on e-suicide talk, a one to two hour programme in suicide awareness, and safe-talk, which helps participants identify the signs of a person with thoughts of suicide, and know how to support them.

“The more people we can train, the better,” Cllr Sheehy added.