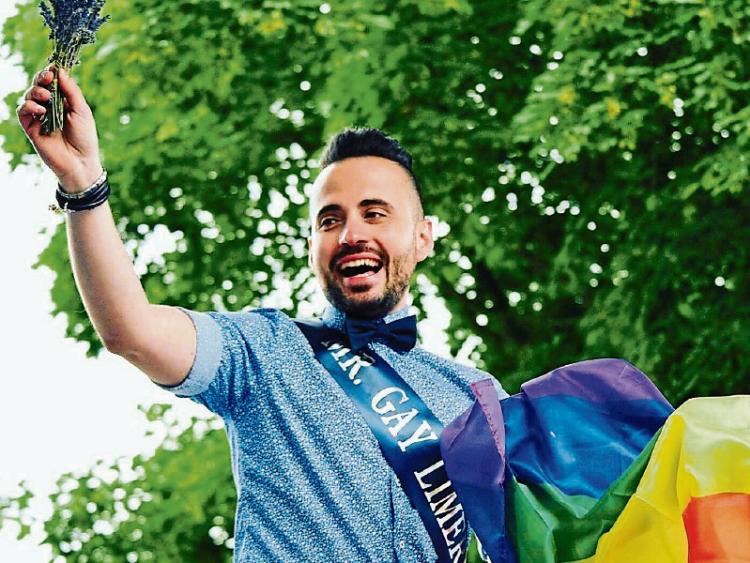 MR GAY Limerick, who is using his reign to promote the work of suicide prevention charities, has said he no longer “wants to hear a helicopter flying over our beautiful river”.

Dr Christian Moretti, 32, who is a secondary school teacher in county Limerick, has again refuted some beliefs that the competition is a “flamboyant, eccentric and exhibitionist manifestation”, and has again stressed the opportunity of this role to highlight worthy causes.

The chosen charity of the Italian native is the suicide prevention charity, Pieta House “because every single life is worth it, beautiful and important.”

“I do not want to hear or see anymore that helicopter flying over our beautiful river.

“There has to be support for whoever needs it and we all need to become aware that we all play an important role in our society; it is never someone else's job, it is our duty to take care of each other, be kind to people, offer a good word to them, make them feel happy.

“Thinking that someone sees death as the last resort just breaks my heart.

“When I decided to take part into the Mr Gay Limerick competition I saw that there was a chance for me to vocalise my concerns and to be actively involved to fight for mental health.

“Some people see this competition as a flamboyant, eccentric and exhibitionist manifestation.

“To these people I would like to say that this is definitely not the case.

“Winning Mr Gay Limerick is not an occasion to gain attention but a challenge to make a real difference in the community.

“My choice was to try and raise awareness for mental health issues across Limerick and the country.

“There is a painful silence around these issues in our society, a sort of tacit agreement not to talk about it or not to talk about it extensively and frankly. Of course the citizens are worried and try their best to raise awareness and support each other; however I feel that the institutions are implicitly silencing the people’s concerns.

He said he “shivered” when he read recent statistics that 50% of LGBT teenagers had attempted suicide.