More IDA jobs expected to be announced for Limerick 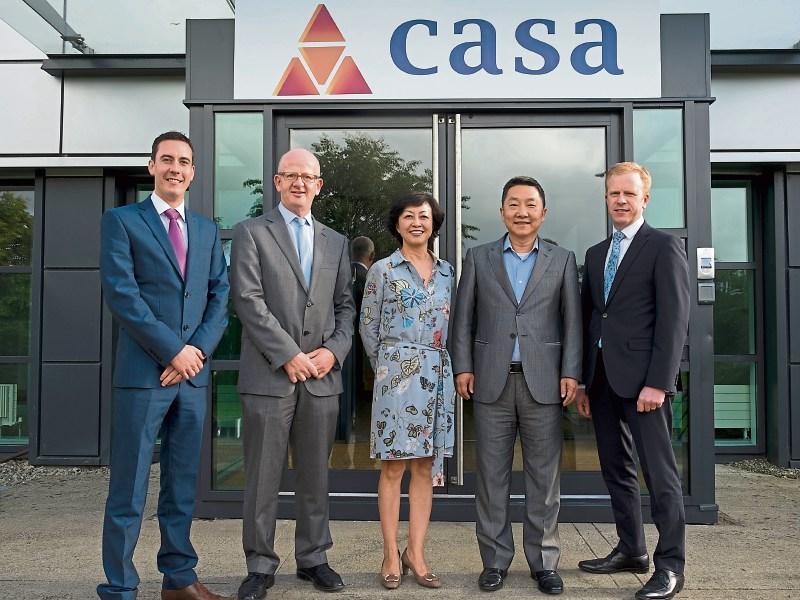 THE announcement this week of 50 jobs at Casa Systems is the latest in a series of new IDA-backed jobs for Limerick – and there could be a further boost next week.

In the last two weeks, the agency has announced the creation of 560 new roles in four separate companies, a figure which includes the creation of the new positions at broadband firm Casa Systems this Monday.

It is the third Monday in a row that Limerick has started the week with good news on the jobs front.

And the Limerick Leader understands more jobs are on the way at a firm investing in the city, due to be announced shortly.

Niall O’Callaghan, the Mid-West’s regional director of IDA Ireland has hailed “a very good couple of weeks” for Limerick – but emphasised these jobs have come as a result of years of hard work.

“Ultimately, it comes in peaks and troughs. The underlying work in the background which goes to deliver this is important. It just so happens they all came together now,” he said.

To illustrate this, he pointed out that first contact had been made with life-sciences firm Ortec – which created 110 jobs in Newcastle West – seven years ago.

Talks with other firms which have recently invested in Limerick began up to 12 months ago, Mr O’Callaghan added, saying: “It can really vary, the gestation period.”

As well as Ortec, and Casa, Fazzi Healthcare Services has provided the biggest jobs boost in the last month, setting up a new coding and healthcare arm in Limerick, in a move which will see 300 roles over five years.

This week, Massachusetts firm Casa Systems announced plans to create 50 roles as it sets up its first European headquarters at the National Technology Park in Plassey.

The company’s senior vice-president Lucy Xie said Limerick “moved to the top of the list” when it came to workforce talent.

“I’m particularly pleased to hear from Casa that Limerick has a growing reputation internationally for its highly-skilled technical, logistics and manufacturing talent pool,” he added.