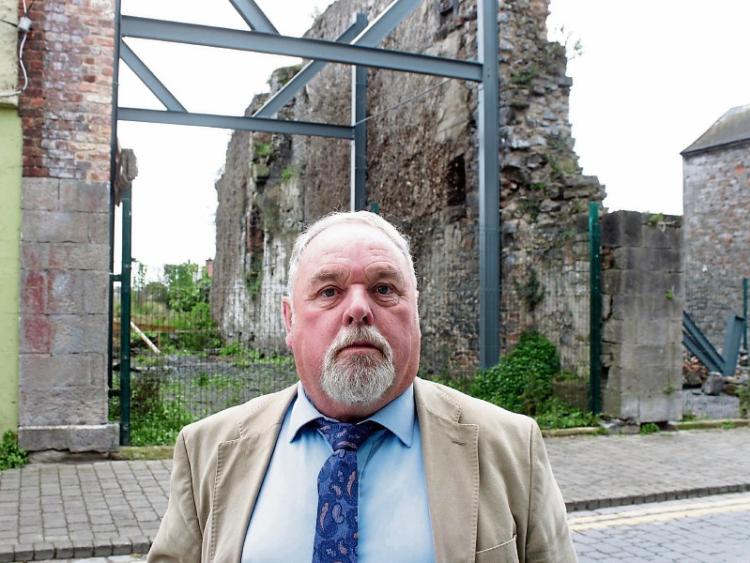 INDEPENDENT Limerick city councillor John Gilligan has called for the removal of the Nicholas Street ‘Fireplace’ site, describing it as an “eyesore for 25 years”.

Ahead of a metropolitan meeting, Cllr Gilligan also called for the preservation of the “ancient walls” along the Island Road, which he said are “overgrown and crumbling”.

Cllr Gilligan said that the current ‘Fireplace’ site has been left in ruin, after a family shoe repair shop was “temporarily moved” to make way for development at that site. However, he said, after the site was demolished, development ceased and has been left in its current condition for quarter of a century.

He added that the council has “squandered” hundreds of thousands of euros on the site’s maintenance.

“I am now calling on the CEO Conn Murray to take this on and do something about it,” he said.