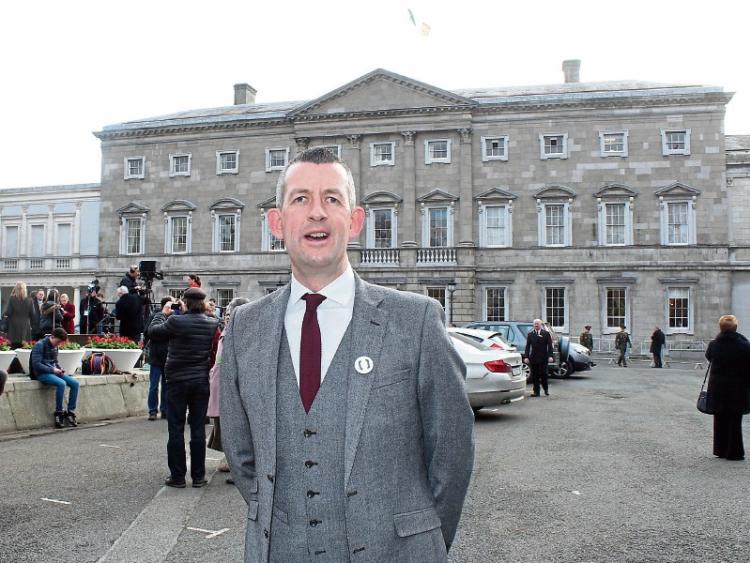 SINN Fein TD Maurice Quinlivan has given a guarded welcome to comments from Jobs Minister Mary Mitchell O’Connor that the stalled Limerick to Cork motorway needs to be “examined”.

The Fine Gael minister made the comments during a meeting of the Oireachtas committee on jobs, enterprise and innovation.

Having previously been shelved by the Fine Gael-Labour coalition, the Department of Transport earlier this year confirmed the €1bn proposal to link Ireland’s second and third cities is back on the table.

The transport minister, Shane Ross, said the project would be considered in the mid-term capital plan spending review.

Mr Quinlivan, who shadows Ms Mitchell-O’Connor’s brief in opposition, said: “Decent infrastructure is crucial for sustainable economic development. Minister Mitchell O’Connor is on the record as saying ‘investors like airports and good roads, and that infrastructure needs to worked on in the counties. I am conscious that the Limerick to Cork road needs to be looked at.”

And he pledged to lobby the councils in Cork and Limerick, as well those with responsibility for roadways in government to ensure this project is prioritised.

“I will be reminding the Minister of her commitment to deal with this issue and holding her to account. The Limerick to Cork road is a crucial infrastructure project that urgently needs to be up graded if we are to be serious contenders in attracting Foreign Direct Investment to the region,” he said.

“The people in the south west deserve jobs and investment - anything else will be just another broken promise from this government,” Mr Quinlivan concluded.

There has been a groundswell of support for the link to get under way, with Ibec making many calls in this regard.

And in its pre-budget submission to the government, the Limerick Chamber has urged progress both on this project, and the N60 Foynes to Limerick road upgrade (see story below).

If built, the motorway would shave at least half an hour off the drive time between Limerick City and Cork City.

However, experts say it will be 2030 before the motorway is built, unless the planning process is restarted soon.