€500m plan for strategic sites to create a minimum of 5,000 jobs in five years 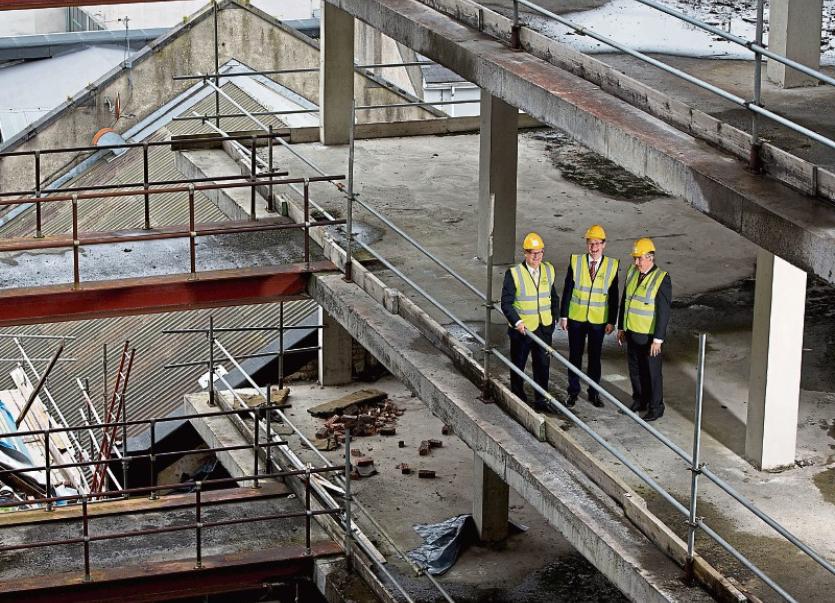 EVEN those in the Rebel County are starting to sit up and take notice of the moves that are happening in the neighbouring Treaty City.

Following this week’s landmark announcement that some 5,000 jobs could be created within the next five years in Limerick, others across the country began to examine more closely Limerick’s continued resurgence.

In the wake of the announcement of the €500m plan in Limerick on Monday, one of the country’s most successful property developers, Owen O’Callaghan, has said Cork needs to expand as a city and it risks being eclipsed by Limerick.

Like businessman Denis Brosnan, the chairman of the new company to drive investment, development and jobs in Limerick, he too fears that Cork will remain as a ‘big town’ rather than a major city.

“Limerick is starting to go places. We would want to watch Limerick. They have a lot of people rooting for Limerick. They have got the Minister for Finance there,” said Mr O’Callaghan, who has developed Liffey Valley shopping centre in Dublin, as well as Mahon Point and Opera Lane in Cork as well as Arthur's Quay in Limerick city.

While it was established this April, the new special purpose vehicle, Limerick Twenty Thirty, was officially announced this Monday as a company, set up under the local authority, to accelerate the transformation of the city.

Led by Mr Brosnan, formerly of the Kerry Group, it will oversee the biggest single Irish commercial property development programme undertaken outside the capital.

Mr Brosnan said he has been involved in the acquisition and development of these key sites since 2009. He said that the creation of this number of jobs is entirely realistic, if not a “pessimistic” outlook of how much they can achieve.

“Developers are scarce on the ground – both in Limerick and nationally. We said ‘If we can’t find them, let’s develop them ourselves’, and we bought up the strategic sites. Limerick has changed like no other city in Ireland.”

The board is hoping to attract financial and IT companies from London post-Brexit, especially as Limerick represents a lower cost base than Dublin and the council now has over 1.4 million sq ft of investment infrastructure to develop and fill.

The first of the four key sites to be developed will be the 112,000 sq ft Gardens International Office on Henry Street, formerly known as the Hanging Gardens under its previous developer Robert Butler.

The main contractor is expected to be on site by early next year to complete the €18m project, which when developed will have the capacity to accommodate 750 office workers.

It will be followed by the 550,000sq ft Opera site on Patrick and Ellen Street, which was acquired from Nama for €12.5m.

It will cost in the region of €160m to develop and contrary to the assertions of its former developer Suneil Sharma, it will not become “Limerick’s shopping mecca”.

Mr Brosnan said it will become the “commercial centre of Limerick” and the only retail units there will be in retail service to the main operators. He said they have “90% signed off” on the final designs for the site, and will they will applying for planning permission in the first quarter of next year.

After the Opera site, the former Cleeves ‘riverside campus’ on the banks of the River Shannon at Fernhill, which comprises eight acres and 100,000 sq ft of existing space will be developed.

In addition, the €8m fit-out is nearing completion at the 340,000 sq ft Troy Studios Film Hub in Castletroy.

Since the 2013 launch of Limerick 2030: An Economic and Spatial Plan for Limerick’, some 7,800 jobs have been created in Limerick, through companies including Northern Trust, Viagogo, Uber, Regeneron and many others.  Close to 5,400 of these posts are full-time posts across various sectors including financial services, retail, med-tech, IT, and construction.