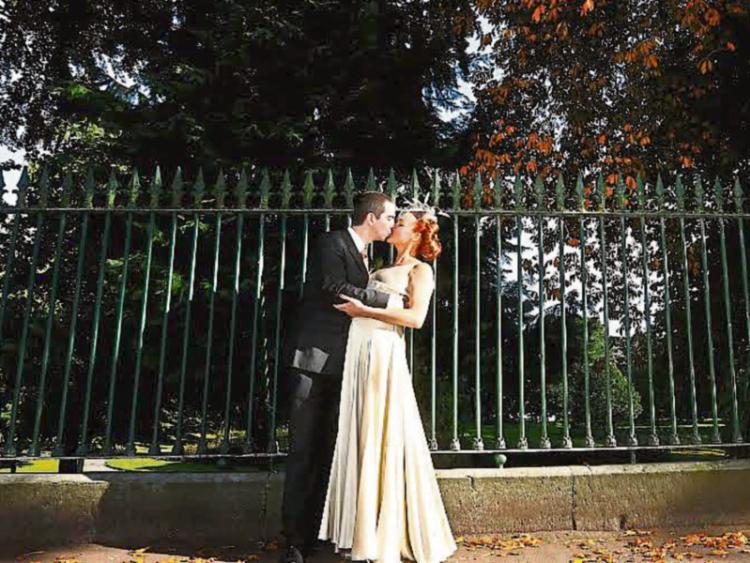 Niamh and Niall share a kiss outside the People’s Park on their wedding Pictures: Brian Arthur

IT PROVED fortuitous that stormy weather led to Niamh’s flight to Barcelona being cancelled one December.

A silver lining moment was about to slip through the clouds. She donned her gladrags and made her way to the Strand Hotel, to join in a staff Christmas party with a start-up firm she had previously worked for.

After her departure, in moved Niall Keely, a scientist and IT consultant from Peterswell, county Galway. And just like that two lives merged – now into one happy family.

“We hit it off straight away and danced the night away,” said Niamh Ni Aodha, a business owner and lecturer from Sixmilebridge.

“The weather was so bad that there were no taxis so Niall and I hung out into the early hours in the Strand bar. We had both travelled quite a bit and had lived overseas. We had lots of common interests and chatted for ages the first night. He definitely made and impact and piqued my interest.

“He left that first night without asking for my number so he didn't make it easy. Eventually when he asked for my number – a few months later – he asked me on a date to a rave in Bulgaden Castle in Kilmallock.”

While it wasn’t the first date that she had expected, she added that it was perfect.

“We hung out as friends for a long time before we officially became a couple. This time allowed us to get to know each other well without the pressure of being a couple.

“Niall loves to DJ and I love parties so we organised a party together in the Shannon Boat Club for our birthdays. Once we got together as a couple, we spent all our free time together.

“After about six months Niall changed jobs and decided to move back to Galway. Even though it was only 40 minutes up the motorway I was devastated. I knew then he was the one. Within a month we had moved in together. A year later our lovely daughter Willow arrived.”

Marriage was discussed, and then it became a question of when, not if, Niall would pop the question.

During a holiday on Achill Island with their daughter, Niall wrote ‘Will you marry me?’ in the sand on a near-deserted beach, and they celebrated with champagne.

For their big day they knew they wanted a unique venue with a special meaning for them.

And what could be more unique than the Frank McCourt museum on Hartstonge Street? They can now lay claim to being the first couple to tie the knot there. 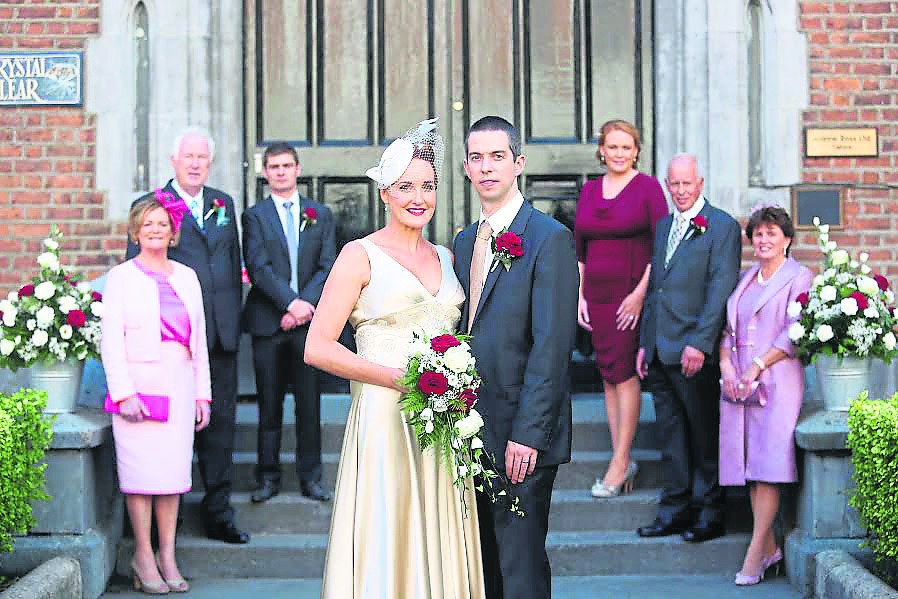 “Una Heaton, the curator, was surprised that we would want a wedding in a schoolroom, but it is an amazing space. Also it made sense to us as both Niall’s parents were teachers and my grand-dad was a pupil in Leamy’s. My mum grew up on Catherine Street so I have a strong attachment to that part of town.”

Moving a short distance away, the reception was held in No. One Pery Square. 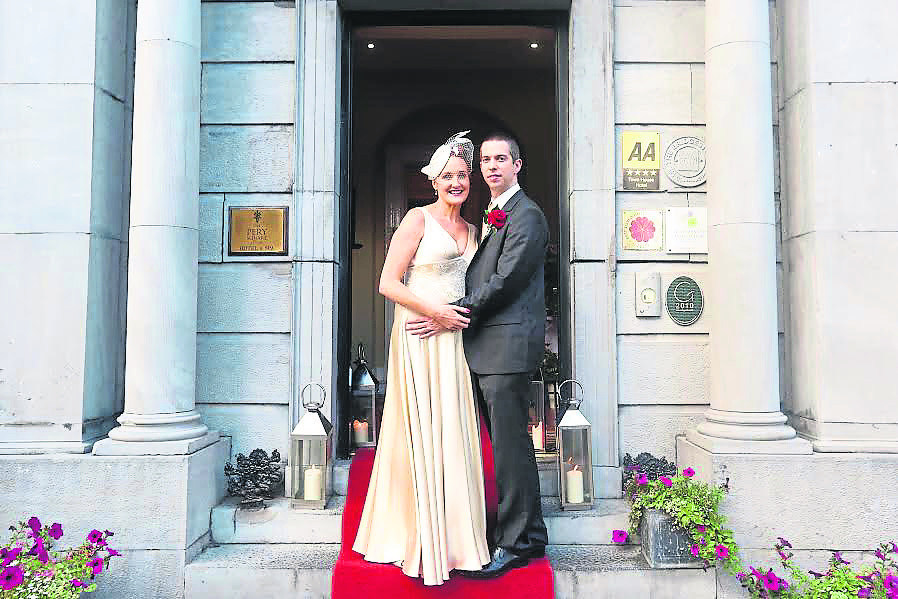 “Patricia [Roberts, the owner] and her team created the perfect wedding for us. We didn't want a standard wedding, but wanted an event that reflected both of us. The food and wine was so important to us and they designed an incredible menu.

"We had full use of the hotel and it became our home for the weekend. The hotel arranged babysitters and entertainment for the kids so we could enjoy our day. It was really custom designed for us.

“I would highly recommend No. One Pery Square. It was the only venue we visited. We had often had dinner or Sunday brunch in the hotel and loved the atmosphere there. We were lucky to meet a hero of ours, Seamus Heaney, at lunch one Sunday, after he gave a lecture in Mary Immaculate College. He passed away shortly before our wedding and we included one of his poems into our ceremony as a tribute to him.”

”My brother in law Dave described the wedding as like a mini Electric Picnic – with lots of different ‘venues’. Upstairs in the cosy lounge there was the singsong going on, downstairs dancing with the DJ and then there was outside on the terrace where people got to chat and catch up!”

“Once we got the date we wanted in the hotel they were amazing and the process was pretty much stress free.”

However, Niall, Niamh and Willow all got a vomiting bug the day before the wedding. Thankfully friends and family stepped in to take care of the last-minute details, and create a truly unforgettable day.

Venue: The Frank McCourt Museum and No. One Pery Square
Dress: Jenny Packham. I got a hat made by Olann hats, originally from Limerick, for the day and love it!
Hair/make-up: Bellissimo
Groom: Hugo Boss. Best man wore his own
Bridesmaid dress: My sister had just had a baby so she wore an Isabella Oliveria breastfeeding dress and looked amazing
Photographer: Brian Arthur
First dance song: We didn't have a first dance song. We didn't want a band. Instead my brother sang upstairs in the lounge and there was a massive sing song
Entertainment: Niall’s best man John and his friend Mick were djs for the night
Best piece of advice you'd give to couples getting married: Do things your own way. Don't feel you have to follow a template. We designed our ceremony using poems and songs that meant something to us. Don't worry if everything is not perfect, most guests won't notice. Delegate everything on the day so you can relax and enjoy
Number of guests: 95
Honeymoon: Gregans Castle Hotel in Ballyvaughan for a few days after the wedding. It was amazing.