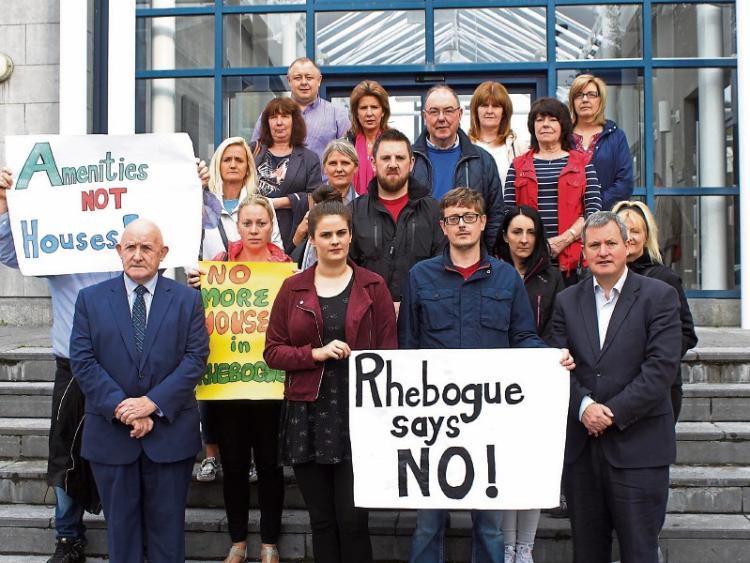 THIS WEEK’S metropolitan council meeting was briefly suspended, after a number of outraged residents filled the City Hall chamber to express their views on controversial housing plans in Rhebogue.

As this issue was not on the agenda, Mayor of Limerick City and County, Cllr Kieran O’Hanlon called for a vote to suspend standing orders for 20 minutes, to allow a community representative to express their concerns in relation to the proposed development.

Councillors, who were in favour of the brief suspension, were asked to raise their hands. Deputy metropolitan district mayor, Cllr Daniel Butler said that, based on the show of hands, the discussion would not go ahead, as it required two-thirds of the councillors to approve.  However, after Cllr O’Hanlon called for a roll call, 11 of 16 councillors were in favour of the discussion which went ahead.

Mayor O’Hanlon backing the residents said: “The residents are not against social housing. The policy that we are adopting is putting social houses amongst private housing, and that will create social segregation; not integration.”

He added that the lack of facilities in the area is “completely deplorable”, adding that a lot of residents in the Rhebogue area are “suffering from high mortgages, and if this goes head, it may cause the ruination of lives”.

Residents’ spokesperson, David France said: “Drominbeg is a privately-owned estate. Currently, Rhebogue has all types of social housing. This is to be welcomed. But this is not about social inclusion. This is about social isolation in the corner of a housing estate. I am not against social housing. I come from social housing, myself, and I am quite proud of it, and I believe that everyone has a place to stay in Limerick.”

One of the core concerns was that the community felt they were not consulted enough.