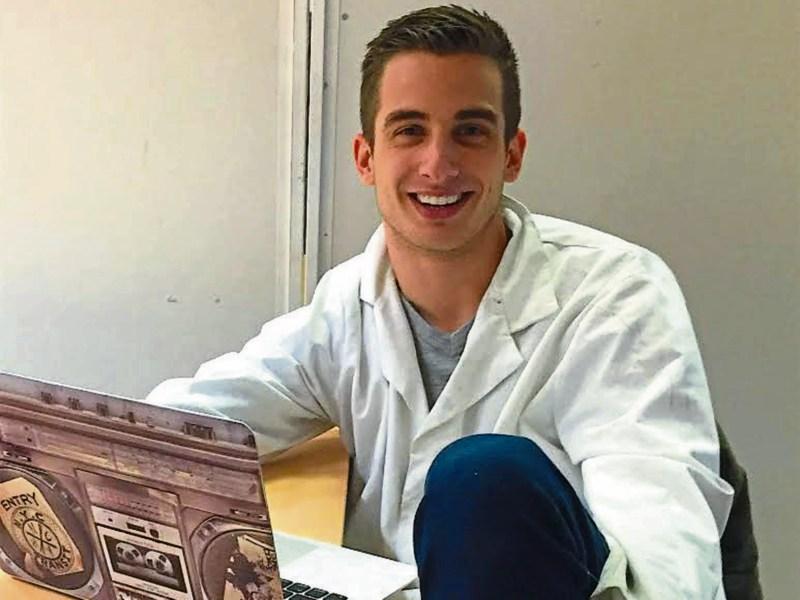 A UNIVERSITY of Limerick student who invented an eco-friendly clothes dryer has been shortlisted for the 2016 international James Dyson award.

As well as guzzling a large amount of electricity, the traditional dryer is noisy and unnecessarily shrinks and alters fabrics.

Mark’s new alternative, the OmniDryer, makes very little noise and does not change the fabrics, as it uses rapid evaporation technology to mimic the natural process that occurs when clothes are hung out to dry.

Wet clothes are hung around the perimeter of the dryer, and two fans then force air into the middle of the unit.

The air then flows through the wet clothes, allowing for speedy drying without requiring heat.

The dryer benefits both the planet and the pocket, with a typical laundry load using less than 1 cent of electricity.

Inventor Mark is originally from Hungary, but moved to Galway when he was 11. On finishing secondary school, he spent two years in London and a year travelling the world.

“I have always had a desire to design and create, but it was only when I moved back to Ireland and started the Product Design course in UL that I was motivated enough to follow through with my ideas,” he said.

On the idea for the machine, Mr Boda said: “My family always had clothes drying around the house as we were never really fans of tumble dryers.”

He also said that he’s surprised the tumble dryer hasn’t been updated before now, saying that “there are so many fantastic hydroscopic and hydrophobic materials to work with at the moment”.

“I have plans to develop the OmniDryer further, and I am looking into future collaborations.”

Mark will now proceed to the international stage of the competition to go up against students from 22 different countries to win the overall James Dyson award worth €35,000.

Four other Irish inventions have been shortlisted to compete for the grand prize, including a marine safety device inspired by last year’s Thomond Bridge tragedy, in which two men were killed while carrying out repair work.