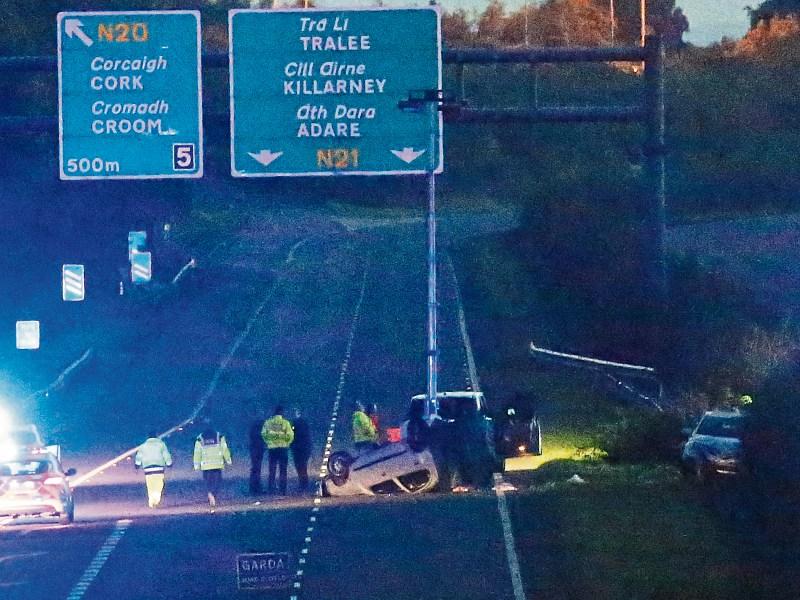 The scene of the horror crash on the M20 Motorway near Patrickswell Picture: Press 22

A FAMILY who moved recently from the city to Abbeyfeale is in mourning after the tragic death of a child in a horror crash.

The family, understood to be of Congolese extraction, lost a three year old girl in the fatal crash on the M20 at 4.45pm on Saturday.

“There is a very small African community in Abbeyfeale, maybe 10 or 15 people and, as far as I understand, they were here just a few months,” he said.

“I extend my deepest sympathies and if there are any supports that we can offer the family, we certainly will.”

The girl was seriously injured when the car she was a passenger in collided with a second car on the northbound carriageway of the M20 near Patrickswell.

The girl was taken to UHL by ambulance but was pronounced dead a short time later. Her mother and twin brother were also in the car but were not seriously injured.

Three men in the other car were also taken to hospital but their injuries were not thought to be life threatening.

TD Niall Collins, who lives near the crash site, said “there has been, over the years, a number of fatalities along that stretch of road. I will be following that up with the National Roads Authority to do a safety audit on it, to see if there is anything that can be done to improve and enhance safety along there”.

"I'd like to express my sympathy and condolences to the family bereaved after yesterday's accident. The local communities in Patrickswell and Abbeyfeale are very shocked and upset following the accident," he added.