Section of M20 in Limerick reopens after horror crash 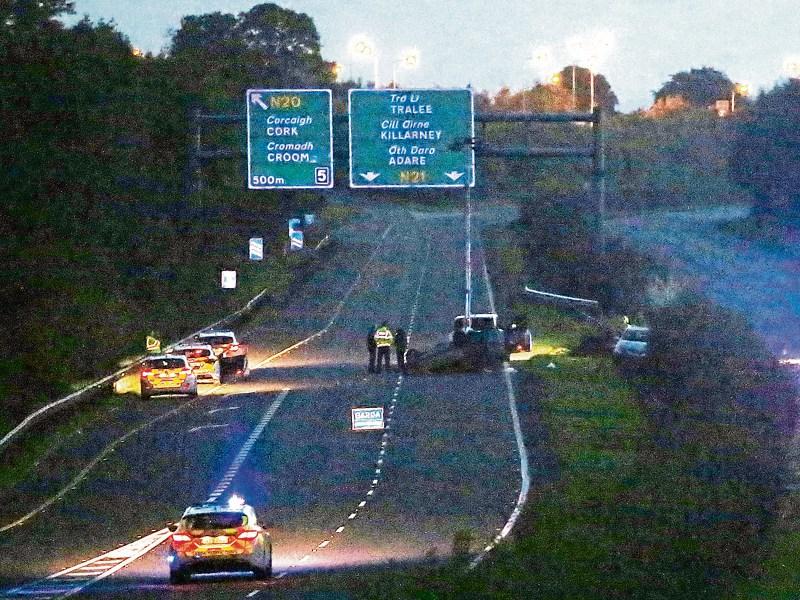 The scene of the horror crash on the M20 near Patrickswell Picture: Press 22

A SECTION of the M20 Motorway in Limerick has reopened following a horror crash that claimed the life of a three year old girl.

The girl was seriously injured when the car she was a passenger in collided with a second car on the northbound carriageway of the M20 at Attyflynn near Patrickswell.

The accident happened at around 4.45pm on Saturday. The girl was taken to University Hospital Limerick by ambulance but was pronounced dead a short time later. Her mother and twin brother were also in the car but were not seriously injured.

Three men in the other car were also taken to hospital but their injuries are not thought to be life threatening.

The M20 was closed in both directions to facilitate Garda forensic collision investigators and only reopened early on Sunday morning.