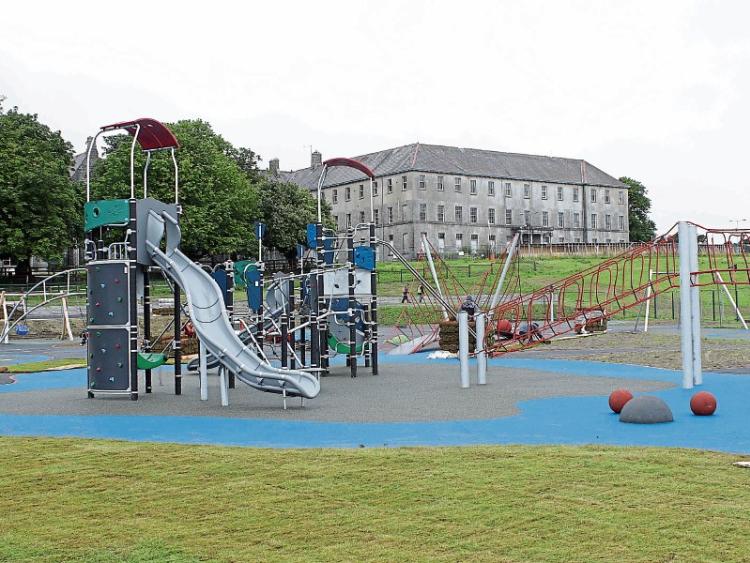 The grounds at Mungret, which recently saw a new playground open, will play host to a new school

A DECISION on which body will run Limerick's two new post-primary schools has been delayed until the end of the month.

The Limerick and Clare Education and Training Board is competing with the Catholic Church and Educate Together for the right to run the new facilities in Mungret, and the Castletroy/Monaleen area.

It is understood the Department of Education has cited the number of other new-build schools it is seeking to appoint patrons to as the reason for the delay.

But with the facility at Mungret set to welcome its first students in September next year, there has been an appeal for speed.

Fine Gael councillor Daniel Butler said: “We should have had a decision by at the latest this week. But the indication is it will be the end of this month, or possibly the first week in October.”

However, he said this delay is going to cause problems with CAO points, and the choice of children currently in the final year of primary school.

“Parents are anxious at this stage, because they want to know whether it is an option or not. They need to know for their children as much as anybody else,” Cllr Butler added.

“But as well as this, the organisations need to be organised themselves.”

Fellow City West councillor James Collins said the delay in appointing a patron to the secondary school in Mungret is “unacceptable”.

“It is frustrating for locals to be expecting progress with the announcement on patronage only to have it further delayed.

“There is a huge catchment area for this new secondary school and a decision needs to be finalised immediately.

“It is too serious an issue to be ignored,” he said.

He has also called on the Department of Education to build the school with “bricks and mortar”, and to not have first year start their secondary school experience in pre-fabs.

“This short term model has proven to be an unintended and unacceptable long term solution on other school sites,” he added.

A spokesperson for the Department Education said applications are currently being assessed.

“The assessment process is detailed and rigorous and numerous applications have been received in respect of each of the nine proposed new post-primary schools.

“The final assessment reports will be forwarded for the consideration of the New Schools Establishment Group (NSEG) which will submit a report with recommendations to the Minister for his consideration and final decision.

“ The Department expects that a determination in relation to the patronage of this new school will be made by the Minister for Education and Skills in the coming weeks,” they added.