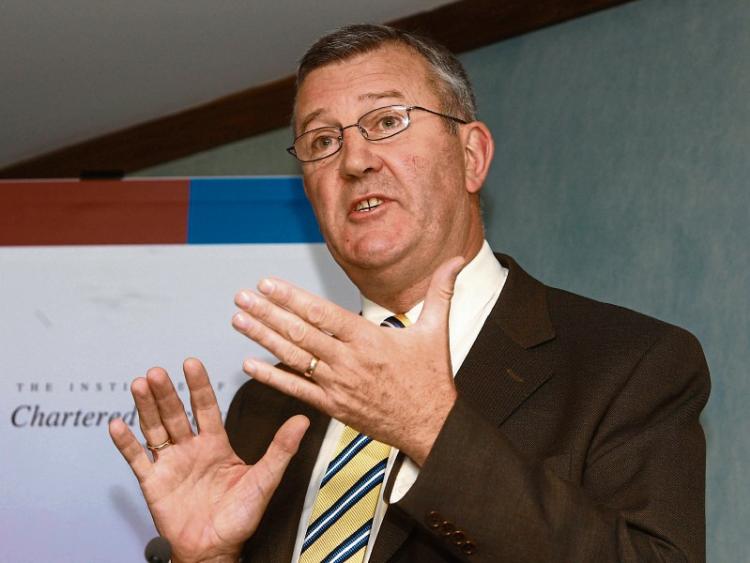 LIMERICK can expect up to 10% extra overnight visitors each year.

Executives from the tourism agency were at the Glucksman Library in the University of Limerick this week, where they heard Mr Cawley outline his vision to develop regional tourism.

While he expects visitors to Dublin to grow by five per cent, he is putting in a place a series of initiatives to ensure regional cities including Limerick increase their holiday makers to almost double this.

“We want to make a very strong statement about the importance of regional tourism and bringing tourists into the regions outside Dubin, which is a big challenge for us. Air access is critical, and the only growth in this which took place this year was into Dublin. We have a much better chance of people staying overnight, or staying for a good few nights, is if they fly directly in here," he said.

What is happening at the moment, Mr Cawley says, is that people are holidaying in Dublin, and taking day trips to cities.

Coaches parked in the vicinity of King John's Castle, or down by the River Shannon provides a visible example of this in Limerick, with tourists no doubt continuing their trip northwards to the Cliffs of Moher.

He said: "It is a bad experience. You have five or six hours on a bus. It clogs up accommodation in Dublin, which are a scarcity. And it is more expensive, because generally hotel rooms down in this part of the country are cheaper. In our view, it denies the client the really good experience thy can have in experiencing not just the day-time experience, but also the night-time experience."

Mr Cawley says he will "actively discriminate" in favour of tour operators who use cities like Limerick as a hub for their clientele.

“We have a fantastic product and we need to capitalise on them in a much more meaningful way for the local community. Bed nights must match the visits in the long-run," the chairman adds.

And while many towns and cities across the world have taken steps to ban stag and hen parties, he believes that Limerick should actively pursue this market.

He said Limerick could become “Stag City” and learn from cities like Newcastle-upon-Tyne which have become famous for hosting such events.

On top of this, the other side of the county is already on Ireland's Ancient East, and Mr Cawley revealed Failte Ireland is actively marketing Limerick as a "stop-off point".

“Limerick is a hub on all our communications about the Wild Atlantic Way. While there isn’t a lot of accommodation in the Burren, and there is a death of it in North Kerry beyond Tralee, so Limerick is the obvious place for people to come and stay overnight, and we are actively promoting it on the web, on our app, and conventional media. Limerick is front and central.”

Mr Cawley has also welcomed the full concentration of Munster’s resources to Limerick, even if it did come somewhat at the expense of his native Cork.

It matters on a tourism level, he explains, adding it will lead to more success on the pitch, drawing better crowds at Thomond Park.

“I always wondered why half the team trained on their own away from the other half, and then got together day before the game. It seemed to me a choice had to be made. And the logical choice was Limerick.”

A long-term goal of many people in the business sector in Limerick is to develop an iconic business centre to attract conferences and the like.

The former Cleeve’s condensed milk factory has been mooted. Mr Cawley says a new grant scheme Failte Ireland – which can be worth up to €5m – has put in place could help this project along.

A hundred bids for funding have been received, and of these, he revealed ten came from Limerick and Clare.

“I don’t know if there is a proposal for a conference centre, but if there is, we will sympathetically look at it, and will actively discriminate in favour of provincial Ireland. We need to spread the business. We need to get employment up in Ireland, and give the customer as good, or if not better an experience then they would have in Dublin,” he said.

A major tourism project planned for Limerick which is already further advanced – but far more controversial – is a proposed footbridge connecting King John’s Castle to the Potato Market.

Many have baulked at the cost of the proposal – up to €18m footbridge, and that includes Mr Cawley, despite Failte Ireland at one stage reportedly being prepared to contribute €6m of this.

“I cannot comment on this specific project, but it certainly sounds like a lot of money to me, and we would be very vigilant about handing out that kind of money. I don’t know what it’s benefit is of it,” he concluded.