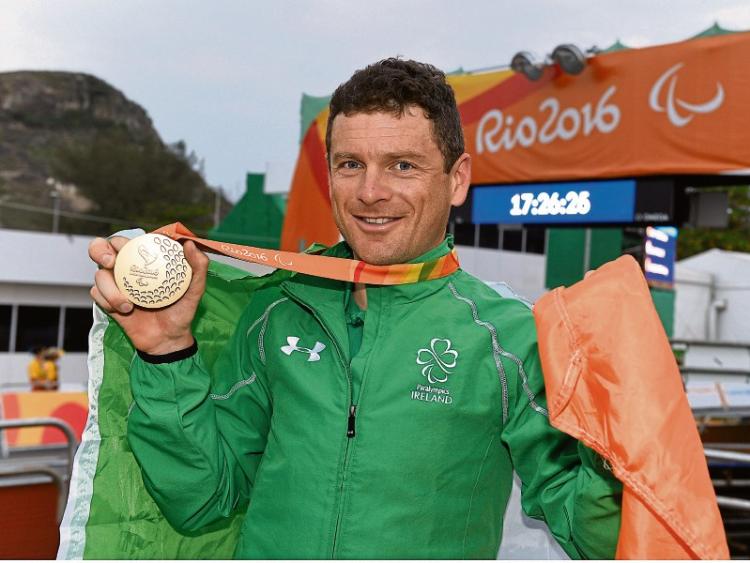 Eoghan Clifford with the gold medal he won this week, adding to the bronze he already had Picture: Sportsfile

LIMERICK man Eoghan Clifford has won gold for Ireland at the Paralympic Games in Brazil.

The Bruff man won gold and added to his medal tally in the C3 time trial in Rio. He had earlier taken a bronze medal in the Velodrome in the C3 3000 metres Individual Pursuit last Friday evening.

Eoghan, a World Champion cyclist who is now based in Galway where he is a lecturer at NUIG, beat off his rivals in a super time of 38:21:19 this Wednesday evening to take the gold medal.

Supporting him in Rio were his father, Michael, and brothers William and Fergus, while Eoghan’s mother Elizabeth, wife Magda and 10-month-old daughter Zofia have been the cheering for the sport star from home. 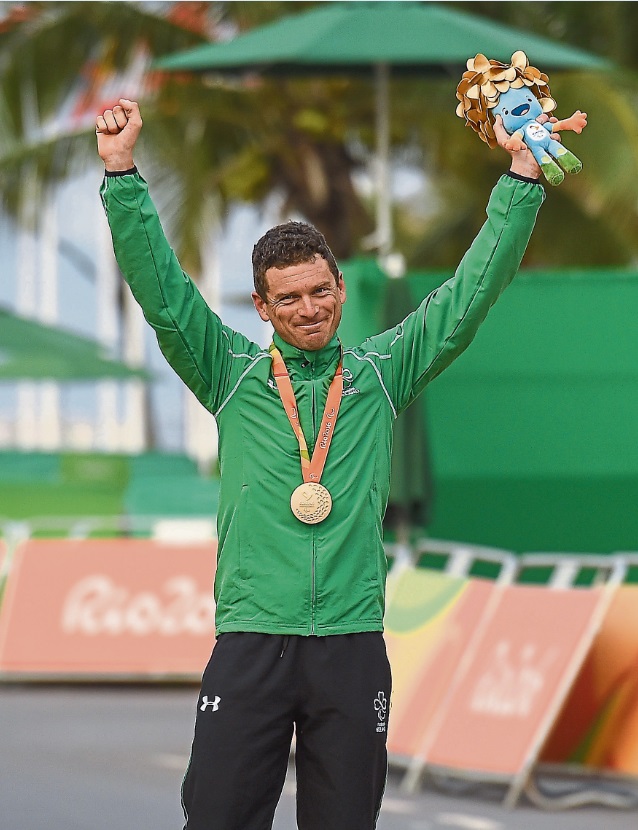 In 1994, the gold medal hopeful was diagnosed with hereditary motor and sensory neuropathy (HMSN).

Meanwhile, there was no joy for young Aaron Tier, who failed to make it to the medal stages of the seven-a-side football, after losing to tournament favourites Ukraine, Brazil, and Great Britain.

The 21-year-old St Mary’s Park native, who has Cerebral Palsy, served as Team Ireland’s goalkeeper for the first two games, before being ruled out of the rest of the tournament due to shoulder and wrist injuries.

Though he suffered the injuries in a warm-up prior to his Paralympic debut, he was still eager to compete against the top two teams in the championship.

“That didn’t upset me throughout the game. But it really took its toll after the Brazil match. So I was medically ruled out of the Great Britain game. But the way I saw it was that I threw my body on the line against Ukraine and Brazil, and I think I had more than 60 goal kicks, I’d say.

“It is not just two weeks that defines this journey. For me, it was the five-year progress towards this. When we failed to qualify for the London ‘Games, we were all kicking ourselves. Fast forward five years after that, here I am. And, looking back now, I wouldn’t change a single thing. I just see this as opportunity to grow, now,” he told the Limerick Leader this week.

Aaron’s grandfather, Joe Tier, said that the “whole family is very proud of him”.