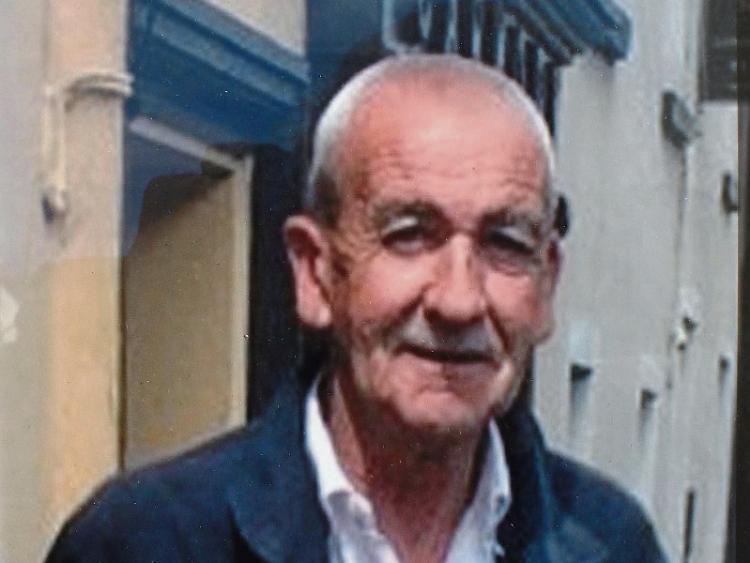 66-year-old Owen Ryan, who was knocked down in Hospital at the weekend

THERE was a deep sense of sadness following the tragic car accident in Hospital at the weekend– both for the late Owen Ryan and the driver who hit him.

The 66-year-old, originally from Pallasgreen, was walking home at around 1am in the early hours of Saturday morning when he was struck and died a short time later.

Mr Ryan was only a few minutes away from where he resided at Castlefarm on the Herbertstown side of the town.

He was laid to rest following 11.30am Mass on Wednesday in St John the Baptist church in the local cemetery.

“People will miss him. In his day he was a very hard worker and a willing worker on a number of farms in the area.

“It was terrible for Owen and the driver. There wouldn’t seem to be any fault on either side,” said Canon Ryan.

It is understood the motorist was returning home from work and immediately called emergency services who were on the scene within minutes.

Canon Ryan said Tom and Rose Lavery – Mr Ryan resided on their property - were very good to him.

Mr Lavery said that one of the characters of Hospital was gone.

“He was with us 15 years and a great friend of mine. He was very interested in sport and loved the weekends. He loved the GAA and especially the All-Irelands,” said Mr Lavery.

Mr Ryan would have been tuning in this Sunday to see Mayo and Dublin clash in Croke Park.

“He was a harmless man. He worked with farmers all his life. Everybody knew him. He was a lovely auld cratur, he was harmless – one of the characters of Hospital is gone. It was a complete shock to me.

“He was retired – he only got his pension a few weeks ago on his 66th birthday. He used to help me out cutting the lawns, cutting the hedges. I often bought mobile homes and he would help me do them up. He was a great friend of mine,” said Mr Lavery sadly.

By coincidence Cllr Gerald Mitchell met Mr Ryan in a social setting in the town earlier that night.

“I was chatting to Owen before he went home. He was well-liked. Our sympathies go out to his friends and family and the driver of the car as well,” he said.

The county councillor said Hospital has had its “fair share of tragedies” in recent years .

“And this is another sad accident. Hospital is a closely knit community. If you go into the graveyard the amount of people who have died in tragic accidents is shocking,” said Cllr Mitchell.

He cites the volume of traffic, the speed some are driving at and the “poor public lighting” as issues that must be tackled immediately.

“We have to tackle it and if we don’t there will be more unfortunate accidents like what happened to Owen,” said Cllr Mitchell.

“The volume of traffic on the road through Caherconlish, Hospital and on up to Mitchelstown has gone up threefold in recent times. It is due to the economy picking up and the amount of people who have discovered that route to Cork due to the long standing roadworks in Buttevant and continue to drive it

“We need a roundabout to slow traffic down from the Knocklong side. The speed of lorries and cars is unbelievable. We need a new pedestrian crossing in the town.

“The one we have isn’t very successful - cars park in front of it and it isn’t visible,” said Cllr Mitchell, who also calls for the public lighting to be upgraded and made brighter in Hospital and on the outskirts..

”When you pass through Hospital at night time a lot of peole have complained that it is very dark. It is very dark where Owen was knocked down,” concluded the councillor.