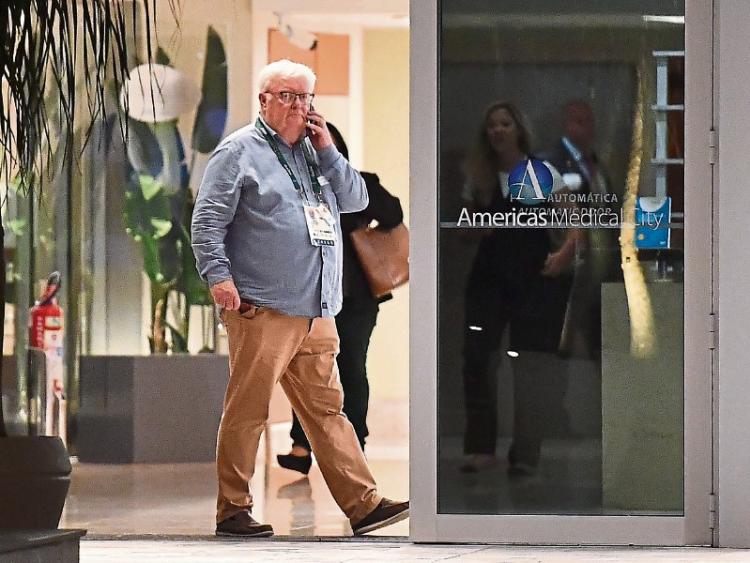 THE LIMERICK man and Olympic Council of Ireland official who was caught up in the controversial Olympic ticketing scandal is currently on his way home to Ireland.

Dermot Henihan, OCI honorary general secretary, boarded a plane at 11.15pm on Tuesday, leaving Rio de Janeiro to a destination, which he did not disclose to the Limerick Leader.

When he was contacted on Tuesday night, he said: "I am just getting on my first flight. I haven't got all the details of how I get home yet. I am just leaving Rio now. I am just actually getting on the plane now."

Mr Henihan received his passport from the police on Monday after waiting 21 days since being interviewed by federal authorities, following the arrest of former OCI president Pat Hickey, who was recently charged in relation to the 'ticket touting' affair.

Mr Henihan, who is closely associated with St Michael's Rowing Club in the city centre, told the Leader on Tuesday afternoon that he was "rather pleased" to be returning home after the three-week ordeal.

Mr Henihan agreed to be interviewed by police on Sunday, August 24, and was excluded from the ongoing investigations on the following Tuesday. He was told that he was free to return home.

Following the retrieval of his passport, the Limerick Leader asked the Federal Police of Brazil why it took so long for Mr Henihan to get his passport returned. It has yet to issue a response.