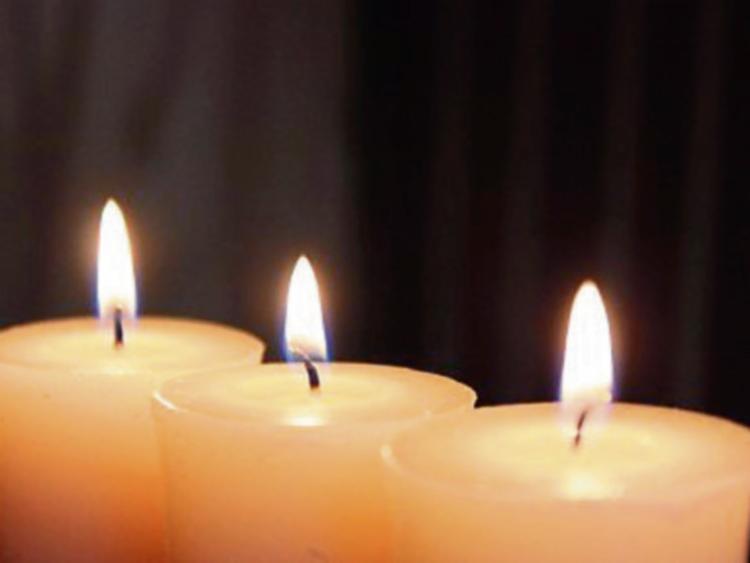 The death has occurred of Nancy O'Grady (née Riordan) of Knockainey, Limerick.

Wife of the late David, and survived by sons, daughters and sisters. Reposing at her residence on Tuesday September 13 from 4 to 8pm. Requiem Mass at St Mary's Church, Knockainey on Wednesday at 11.30am, Burial afterwards in Hill Cemetery, Knockainey. No flowers please.

She is survived by her husband Bill, daughter Teresa and baby Kathleen. Deeply regretted by her son Willie, daughter-in-law Patricia and grandson Liam, sister-in-law, cousins, nephews, nieces, relatives and many friends. Reposing at her residence today, Tuesday, from 5pm with Removal at 8pm. Requiem Mass at Church of the Assumption, Loughill tomorrow, Wednesday, at 12 noon, with burial afterwards in Kilcornan Cemetery. Donations, if desired, to Milford Care Centre.

The death has occurred of Madeline Allen (née Galvin), of O'Donoghue Avenue, Janesboro.

She is deeply regretted by her husband Willie, sons Paul and Will, grandchild Scott, brother James Galvin, sister Susan Laffan, mother Claire Galvin, daughter-in-law Ciara, all other relatives and friends. Reposing at Cross's Funeral Home on Wednesday from 5.30 to 7pm followed by reflections of Madeline's life. Cremation on Thursday at 3pm at the Island Crematorium, Ringaskiddy, County Cork.

The tragic death has occurred of Owen Ryan, of Hospital and formerly of Pallasgreen. Mr Ryan died after being hit by a car in county Limerick in the early hours of Saturday morning.

Reposing at O'Leary's Funeral Home, Hospital today, Tuesday September 13, from 5.30pm with removal at 7pm to St. John The Baptist Church, Hospital. Requiem Mass tomorrow, Wednesday, at 11.30am followed by burial in the adjoining cemetery.

The peaceful death has occurred of Patricia (Babe) Mortell, of Meanus, in her 98th year. She died in the wonderful care of all at St Michael's Nursing Home, Caherconlish.

Very deeply regretted by her niece Therese Thompson, relatives, kind neighbours and a large circle of friends. Reposing at Daffy's Funeral Home, Croom tomorrow, Wednesday, from 7pm with Removal at 8pm. Requiem Mass at St Mary's Church, Meanus on Thursday at 11.30am, with burial afterwards in Glenogra Cemetery.

Family flowers only please, donations if desired to the Alzheimer's Association in Adare.