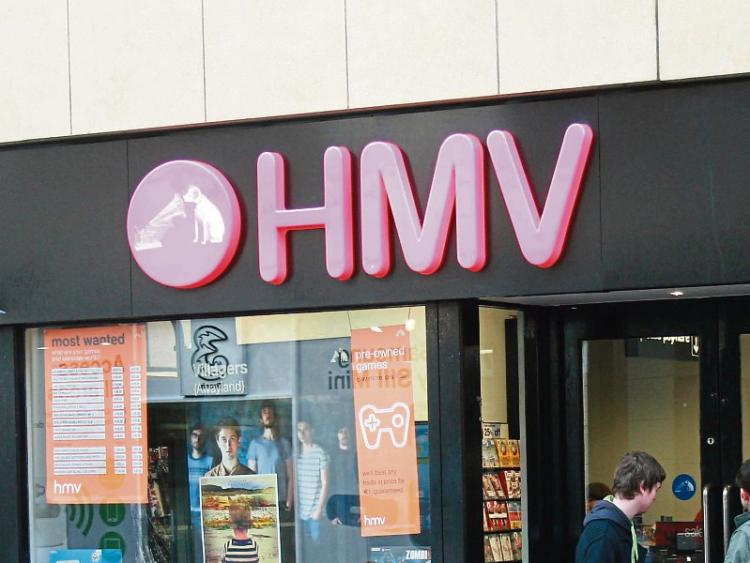 HMV closed its outlet in the Crescent Shopping Centre at the end of August with the loss of 12 jobs. Now staff may be forced to wait six months for redundancy pay

FORMER HMV staff in Limerick could be left to wait up to six months for statutory redundancy payments.

The iconic music store closed its final outlet in the city, at the Crescent Shopping Centre last month, after turnaround specialist Hilco deemed the Irish market unviable, and brought the shutters down on all its operations here.

Twelve people had been employed prior to this.

Hilco liquidated the music chain’s operation here on Thursday, the night before workers were due to receive redundancy settlements into their accounts.

Now, former staff will be forced to apply through the government’s insolvency payments scheme to get the cash they are owed.

Former assistant manager in the Crescent store Damien Mullane said this could take up to six months.

“We will be getting our P45 forms from next week, and from there, we will have to wait for the liquidator to be officially appointed. This will not happen until September 26, then after that, there is a bit of a moratorium between this and when they can start applying for state redundancy which I think usually takes three to six months,” he told Live95FM.

However, the Minister for Social Protection Leo Varadkar has pledged that his department would “promptly” deal with redundancy applications from former staff.

Anti-Austerity Alliance councillor Cian Prendiville has accused Hilco of engaging in "pure gangster capitalism", and claimed the company had reneged on a promise made to workers who lost their jobs.

Cllr Prendiville called for changes in business law to ensure workers are entitled to redundancy even in the event of liquidation. Hilco was not available for comment.