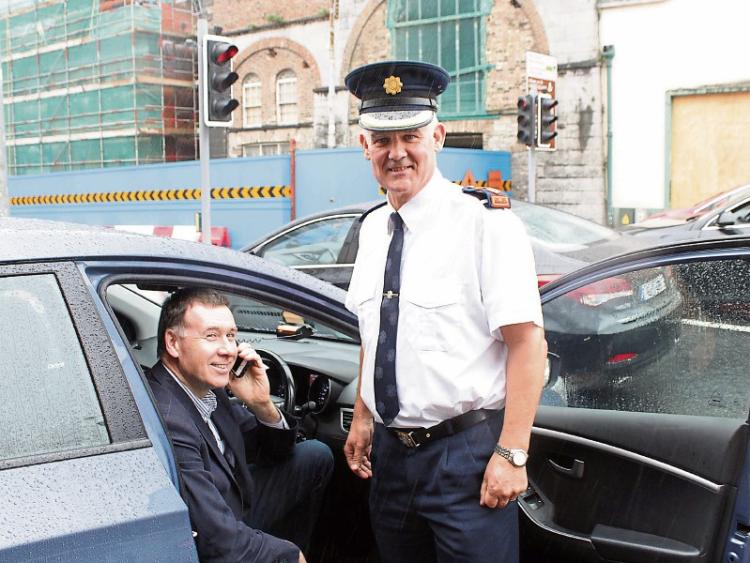 The figures, which were released to coincide with the launch of Operation Handsfree, show a total of 1,996 fixed penalty notices were issued to drivers in the Limerick garda division during the first eight months of the year.

“It’s very concerning because despite all of the operations which we have conducted targeting mobile phone use and the significant number of detections, we find that the numbers are still quite substantial during each and every operation so we feel the message isn’t getting out there,” said Inspector Paul Reidy, head of the divisional traffic corps.

A breakdown of people who are texting or using social media is not available as the the offence is simply one of “holding” a mobile phone while driving.

Those caught driving while holding a mobile phone face an on-the-spot fine of €60 and three penalty points.

As part of Operation Handsfree, which is supported by Limerick Chamber, local businesses involved in the sale of mobile phones and accessories will be offering discounted prices for bluetooth handsfree kits between September 19 and September 30.

The head of the Limerick garda division, Chief Superintendent David Sheahan, who has welcomed the initiative, is encouraging people to invest in a handsfree kit.

“The idea of driving while using a mobile phone is a non-runner, everyone knows how dangerous it is but yet people continue to do it. We are not out to catch people using mobile phones, we are out to save their lives,” he said.

Insp Reidy says the use of mobile phones while driving is extremely dangerous and he is warning of a further clampdown across the division following the conclusion of Operation Handsfree.

He said the use of mobile phones by drivers causes injury collisions as well as fatalities.

“It distracts drivers to a great extent,” he said.