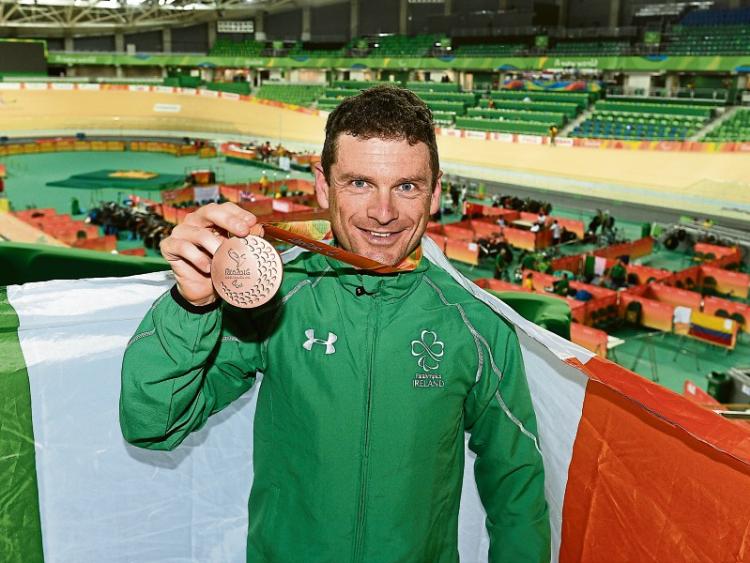 Eoghan Clifford with his bronze medal in Rio and below, with members of his team Picture: Diarmuid Greene/Sportsfile

LIMERICK cyclist Eoghan Clifford has tasted success at the Paralympic Games in Rio, taking the bronze medal in the 3km speed race.

World Champion Eoghan, 36 from Bruff, won the medal in the Velodrome in the C3 3000 metres Individual Pursuit on Friday, just hours after runner Jason Smyth’s won Ireland’s first medal in the 100 metres final.

Clifford, a lecturer in NUIG who joined the Irish Paralympic team in 2014, is the reigning world champion in the men’s C3 Time Trial competition, and is tipped to win gold in his inaugural Paralympics. He takes part in a number of key road races this week. 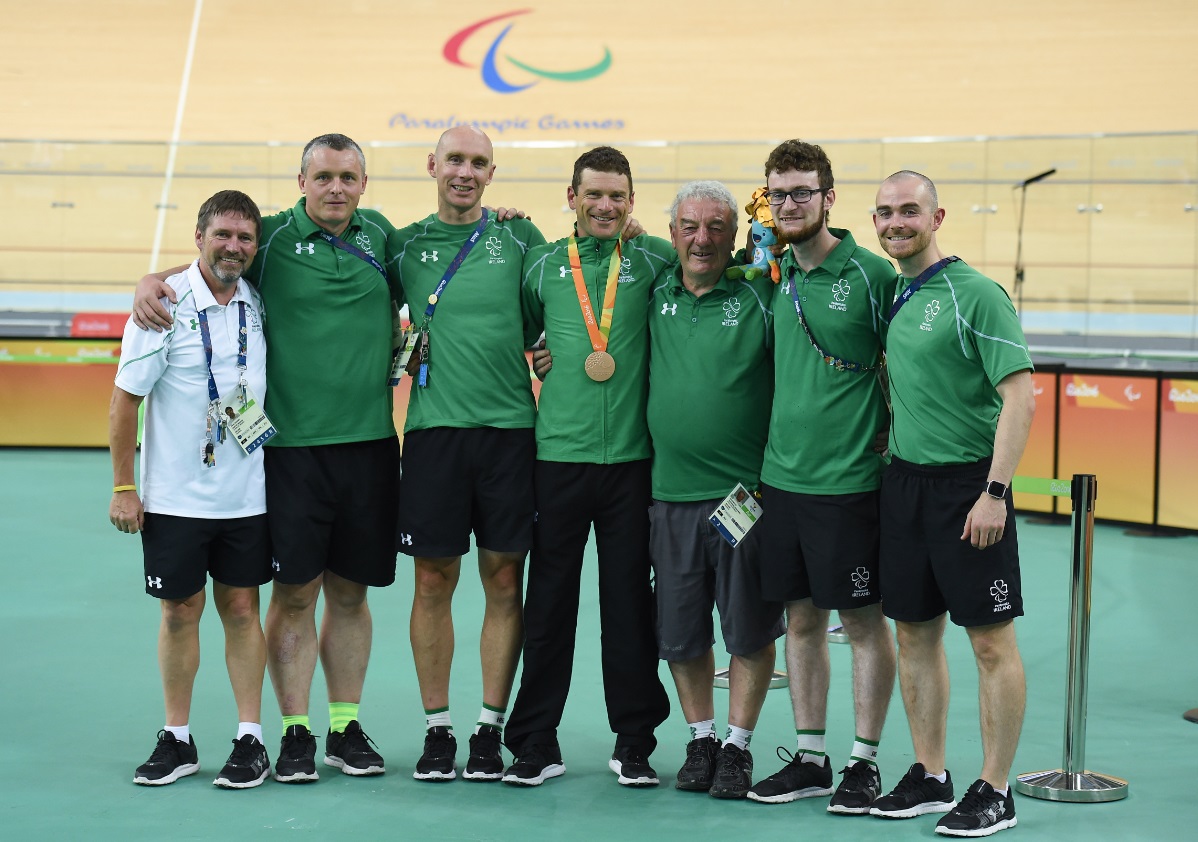 In 1994, the gold medal hopeful was diagnosed with hereditary motor and sensory neuropathy (HMSN), which prevented him from engaging in contact sports, in his late teens.

Speaking to the Limerick Leader, he explained: “Cycling is not a contact sport, but you do crash a lot. So I have picked up more injuries cycling than I have in any other sport. It is a sport that suited me because it is very endurance-based, and it is a sport that you need to do a huge amount of training for, compared to other sports. It definitely suited me more than, say, rugby.”