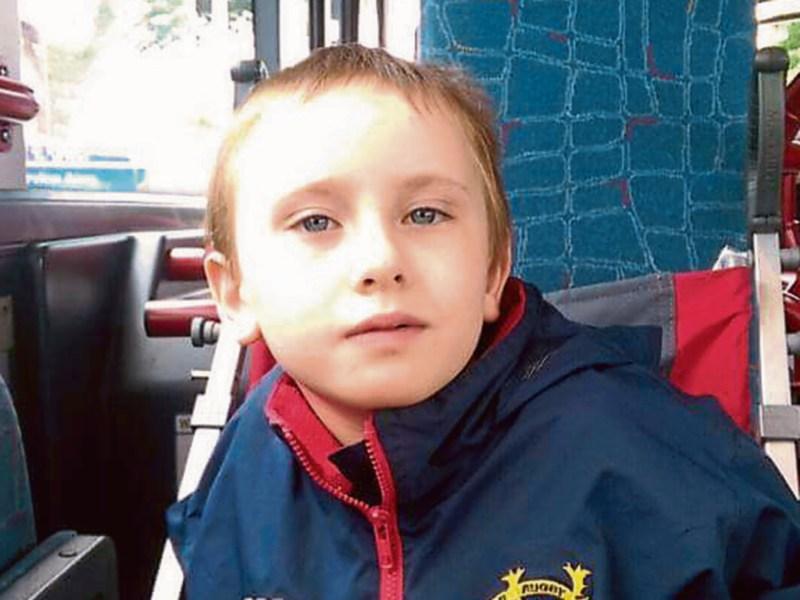 A LOCAL autistic boy is hoping to get a companion dog, thanks to a children’s choir which is launching a fundraising CD.

Six-year-old Kevin Mason, who has sensory issues associated with autism spectrum disorder and ADHD, would benefit “immensely” from a service dog, according to his mother.

Tracey Mason said that the dog would give Kevin more independence.

According to Tracey, Kevin has no sense of danger, particularly near the road. As a result, he currently uses a buggy.

Kevin’s care team suggested that an autism service dog from My Canine Companion would change his life.

The Sing Out Loud choir, made up of children between the ages of seven and 16, has recorded I Have a Dream by Abba to raise funds for Kevin’s dog.

The single was produced entirely in Limerick by the group, which is a mixed ability choir that focuses on inclusion.

The choir was founded last year by mother and daughter team Gretta O’Shea and Vanessa Finn.

Gretta said that singing is an effective communication tool for when other methods don’t work.

“The whole idea of the choir is to give a voice to people who normally don't feel they have a voice,” she said.

“This is something I am really passionate about because I believe everybody can sing a song.”

As a community musician, Ms O’Shea believes that music can help to break down barriers between the children.

“We have children with autism and with all different levels of ability and disability,” she added.

Tracey said that her son’s behaviour changes completely when he is around service dogs.

“I brought Kevin to training sessions and he calmed down completely when he first came into contact with a canine companion,” she said.

The dog would help Kevin to cope with social interaction, as well as helping him with his own personal safety.

Tracey and Emmet Mason from Dooradoyle, who have six children, have been preparing for the arrival of the service dog in recent times.

The parents also have an older son with autism.

There’s a “change in Kevin when he’s around the dogs”, according to Tracey.

Ever since Kevin first came into contact with a service dog, the family has been fundraising to get him his own assistance dog.

“We can’t really go for family meals or do anything like that — it’s very stressful for Kevin,” said Tracey.

“The dog would add so much to his current therapies,” she added.

The charity specially trains the dogs for children and young adults so they can gain independence.

Each service dog costs My Canine Companion over €10,000 to train, and training each dog takes two years.

It provides dogs to children with autism all over Ireland, despite receiving no government funding, relying solely on fundraising and donations.

Kevin’s mother hopes that such a dog will give the family some much needed freedom to go out with Kevin without fearing for his safety.

The single will be launched on September 12 at Pery’s Hotel on Glentworth Street at 6pm.

The CD will be available at several outlets throughout the city for five euro.

Any money left over from sales of the CD will go to Red Hill School in Patrickswell, where Kevin and his brother attend school.

Ms O Shea added that the Sing Out Loud choir is currently recruiting new members and has invited children of all ages and abilities to get involved.

Auditions for the choir, which aims to inspire confidence in children, will be held on September 14 in Christchurch, O’Connell Street.