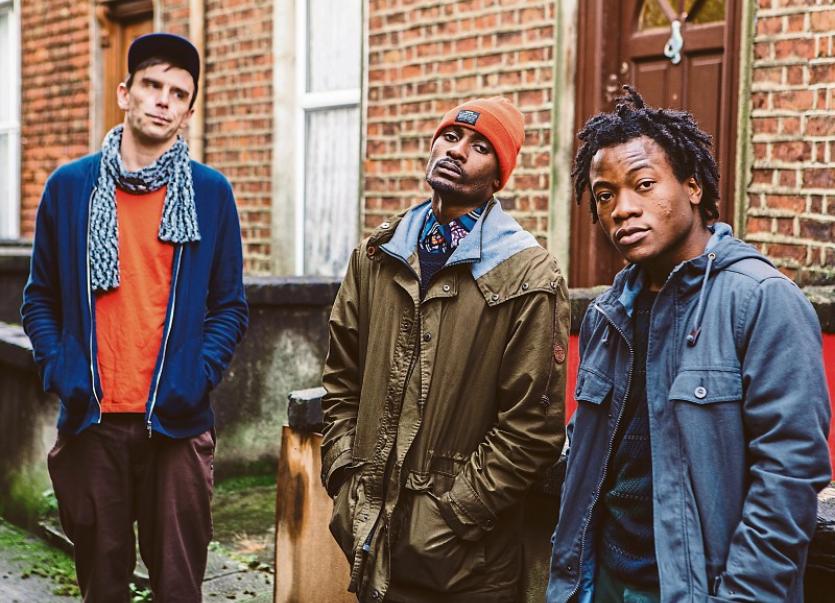 “WHO’S that calling on my mobile phone, right in the middle of my Sunday roast?”

It is one of our invisible pet hates to receive a text message during a weekend meal. And while putting that into song is novel and comedic, musically-intercultural trio Rusangano Family were able to deliver it in a sincere and veracious tone.

Because these three are a serious act. But they express themselves as incredibly zany, exuberant and exceptionally creative — in both lyrical depth and intricate production.

Arguably the most welcome score on their Let The Dead Bury The Dead album, Soul Food summates all their positive elements and the potential for an even greater sophomore release.

Thankfully, director Dave Tynan has put this beauty into an apt visual, where Rusangano and their extended family are jigging around the Burren. And even with their Zimbabwean and Togolese (and Clare!) backgrounds, it’s little artistic gestures like this that prove that they are the trailblazers in Ireland’s ever-evolving, effervescent culture.

This videographic gift, circulated through social media, comes after an highly-extolled Electric Picnic performance, which has been described by many as one of the highlights of the famous culture and arts festival.

Another notable hip-hop mention is Keith Weenz Ryan and Shane Dirt Davis, for their well-received gig at the weekend festival.