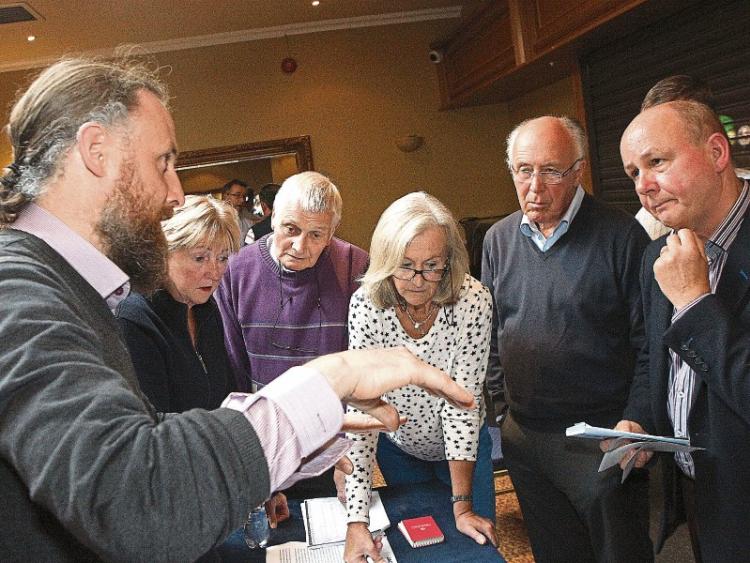 THE ORGANISERS of a public consultation day in Castleconnell on a draft flood risk management plan were told to go back to the drawing board.

Over 100 attended the event in the Castle Oaks House Hotel to express their anger at the report that states: “There is no flood risk to any properties in the area.”

Castleconnell Boat Club’s base has been the worst affected in the locality. It was flooded in 2009 and 2015/2016. Gerry O’Neill is a coach, committee member, local resident and business owner.

“The future risk of flooding is huge and unavoidable, and we have had two major incidents in the past 10 years to prove it. Each time it happens, the club faces massive costs and disruption. It impacts our insurance, the facilities and the community pays the price. Our club is held together by its youngest members, a volunteer committee. It would be a major loss to local athletes and to the community as a whole if this were to happen again. It's unlikely we would recover, which would be a huge loss,” said Mr O’Neill.

Owen Silke, vice-president and local resident, said it was important to draw attention to the “limited data” that the OPW has used in their flood planning. “Excluding the data from 2009 onwards makes no sense. The worst flooding occurred in 2009 and 2015. We had hoped to invest in better boats and safety gear this year. Instead we're using every penny on flood walls and continuing flood repair, which is crippling the club,” said Mr Silke.

Also a local resident and club president, Francis Moloney said rowing has been given a massive boost from the Olympics.

“We have welcomed the O'Donovans to Castleconnell on a number of occasions, as we quite simply have one of the best stretches of water for rowing in the country. And now, when the interest and demand has never been greater, we hope to engage with the OPW in a way that can preserve and protect rowing in our community. Unfortunately, this plan does not seem to reflect the gravity of the situation, nor is it based on all the relevant data,” said Mr Moloney.

Senator Kieran O’Donnell said people went to the Castle Oaks to seek information on what flood relief measures were being provided.

“Incredibly, we found that there are none, whatsoever, for Castleconnell or Montpelier village in the draft report. It is unthinkable after homes were flooded in 2009 and the amount of council staff and members of the army who were involved in building a fortress of sandbags in 2015/ 2016. It completely undermines the credibility and integrity of the report. It is ludicrous,” said Mr O’Donnell, who called on members of the public to make written submissions before the September 23 deadline by emailing draftplans@opw.ie

The senator said he has met Minister of State for the OPW and Flood Relief, Sean Canney.

“I have asked the Minister and the OPW to come up with flood relief plans and drawings for both Castleconnel and Montpelier and that these would be made available for consultation with the residents prior to the completion of a final report,” said Mr O’Donnell, who added that the “data methodlogy used was at best confused”.

“There is a possibility that this draft plan for Castleconnell and Montpelier is based on pre 2009 data which totally undermines the credibility of a national report,” he said.

Deputy Willie O’Dea, who attended the consultation day, said he was “completely shocked that the OPW feel there is adequate flood defence measures” and will be making a submission urging the OPW to amend the draft plan and include flood defences.

Cllr Séighin Ó Ceallaigh called the document “a complete farce”, and does not know how somebody could put together such an “inaccurate map”.

An OPW spokesperson emphasised that the Shannon CFRAM study plans are “draft at this stage”.