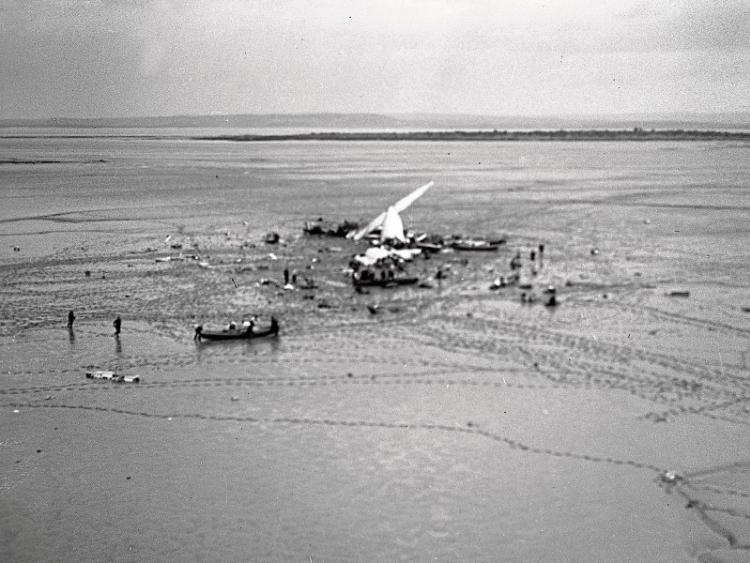 THIS weekend marks the 55th anniversary of the deadliest plane crash in Irish history, in which 83 passengers and crew were killed after crashing into the Shannon estuary.

The President Airlines Douglas DC-6 aircraft crashed into river Shannon during a stop-over on a journey from Dusseldorf to Chicago on September 10 1961 and there were no survivors.

One victim of the crash was 33-year-old Austrian father of three Ferdinand Berger, and his children will be travelling to Shannon this weekend for a special prayer service. “His daughters Christa and Eva contacted me during the summer and asked if they can come to Shannon on that day to honour the memory of their father,” said Fr Tom Ryan, parish proest om Sjammpm/

“We’re having a memorial service to pray for all who died on that fateful day 55 years ago.”

Christa, Eva and their brother Ferdinand Jr were all under five years old when their father tragically died. Christa and Eva will be coming with their husbands and children but unfortunately Ferdinand Jr and his family won’t be able to make it. The late Ferdinand was travelling to Chicago for business when the plane crashed.

“Himself and his brother had set up an agricultural business in Austria and he was on his way to Chicago to expand his business,” explained Fr Ryan.

While investigating the crash, Fr Ryan discovered the up to 300 people were killed in plane crashes in Shannon in a period of just under 30 years.

“My investigations have led me to believe that in the period from 1947 up to 1976, there were an awful lot of air crashes in Shannon and 250-300 people died in different accidents,” he said, adding that the crash of September 10 1961 was the biggest.

Parishioners are welcome to go to the memorial service in the Adoration Chapel, Skycourt at 10am on Saturday September 10 to show support to the family and to pray for all who have died in air tragedies over the years.