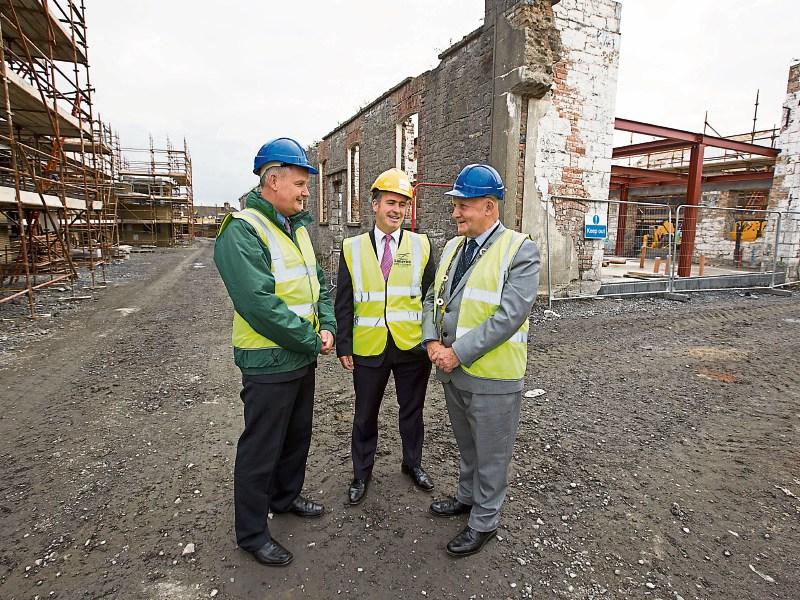 LABOUR’s Joe Leddin has called on Junior Minister Damien English to allocate extra staff to Limerick council in order to get some of the city’s social housing schemes moving.

Mr English was in Limerick last week to launch the local version of the Rebuilding Ireland- Action Plan for Housing and Homelessness, which promises 47,000 new social housing units nationally.

Environment Minister Simon Coveney told the Limerick Leader he could not put a figure on the number of houses projected for Limerick, and it will be up to the council to submit targets to the government.

He pointed to a council study which has identified 23 sites across the city, which could deliver 359 units immediately.

“These sites are fit to build today. But we do not have sufficient resources in terms of manpower to get those sites live and active. The 23 sites have all different capacity levels from four units to ten units up to 40 unites. What i’d like to see is a facility whereby he [Mr English] would give the council the additional resources in terms of staffing so we can draw up designs for the sites, go out to tender, and get medium to small sized builders back in business,” he said.

According to the strategy, there are five pillars, including the acceleration of social housing, improvement in rental conditions, and the utilisation of existing vacant units.

Mr Coveney last week said he will be publishing progress reports on local authorities and their housebuilding activity.

Independent councillor John Gilligan, who is also on the housing committee, said even with the strategy, it will take “an awful long time” for the local authority to eat into the housing waiting list, which stands at 4,434.

But, he added: “At least we know they are coming. It does mean they have committed themselves to increase the new build over the next four to five years.”

Cllr Gilligan also welcomed the fact that 10% of the units in all new private estates will be designated as social housing, as per planning legislation.

However, Sinn Fein councillor John Costelloe has criticised the government’s “spin over substance”.

”Minister English was the third minister for housing to come to Lord Edward Street [where units are being developed] to make the same announcement over new houses. We need action, not announcements.”

He acknowledged that the government’s plans make some bid to address the crisis, “but they are undermined by the deep ideological flaw within Fine Gael which insists the solution to the housing shortage lies with the free market and further incentives to private landlords and corporate property agencies.”