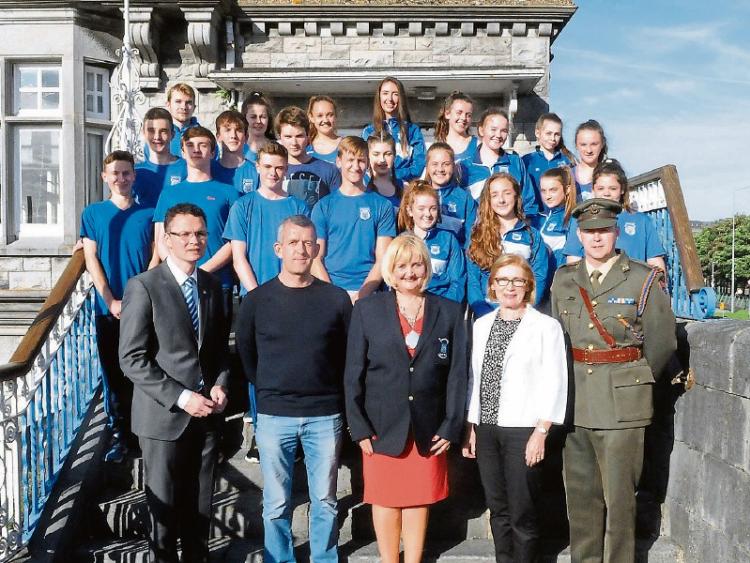 SHANNON Rowing Club will celebrate its 150th birthday in nostalgic style at the club’s annual gala dinner, later this month.

At the celebratory event, guests will enjoy a taste from history, dining on the menu that featured in the club’s gala dinner in 1906 — one year after the clubhouse was built on Sarsfield Bridge.

Founded in 1866, the club will host the special event on September 24 at the nearby Savoy Hotel to mark “the magnificent anniversary”.

Speaking at the launch of the gala, club president Dorothy Quinn said that she is “honoured” to be performing her role during  this “important year.

“We've had a great year promoting the club and we're delighted with the growth in membership and we are inviting the people of Limerick who would like to learn how to row to an open evening in our Clubhouse on Thursday, September 8, 7pm, which will be followed by a quiz at 8pm.

“Shannon Rowing Club is such an important part of Limerick's history and it's great to see that rowing remains popular amongst the younger generations. We had hoped to hold the event in our wonderful clubhouse, but there's been such interest in tickets for the event that we had to relocate to the Savoy Hotel. We're delighted with the response so far.”

To mark the anniversary, the club will host a range of events throughout the year.

Ms Quinn said that they are looking forward to building their new clubhouse in Annacotty, for which they recently received planning permission.

It is hoped that the local rowers will be able to avail of the new facility, shortly after Christmas.

“We are delighted with this move, and this year we will be fundraising for that.”

Shannon Rowing Club was established by members of the business community in Limerick, including entrepreneur and former Mayor, Sir Peter Tait.

Ms Quinn added:“I think our club is deeply ingrained in the history of Limerick. I think the people of Limerick have been using the club facilities for 150 years, and it is a very inclusive club, where we have achieved international status.”

“Our club member Tony O’Connor has even rowed for the Olympics (Atlanta 1996 and Sydney 2000). He has won numerous international rowing events,” she told the guests.

Members of all ages attended the press launch, where Mayor of Limerick City and County, Minister of State for Sport, Patrick O’Donovan spoke, followed by the presentation of the world indoor rowing medal by Shannon RC man, Ken McDonald to the club.

There was also a display of Shannon RC memorabilia on the night. ​

Ticket for the dinner are on sale on Eventbrite and can be purchased from Shannon Rowing Club committee members and the bar, at a cost €65.  Further detail on the event will be posted on the club's website www.shannonrowingclub.com.  Places are limited, and early booking is advised.