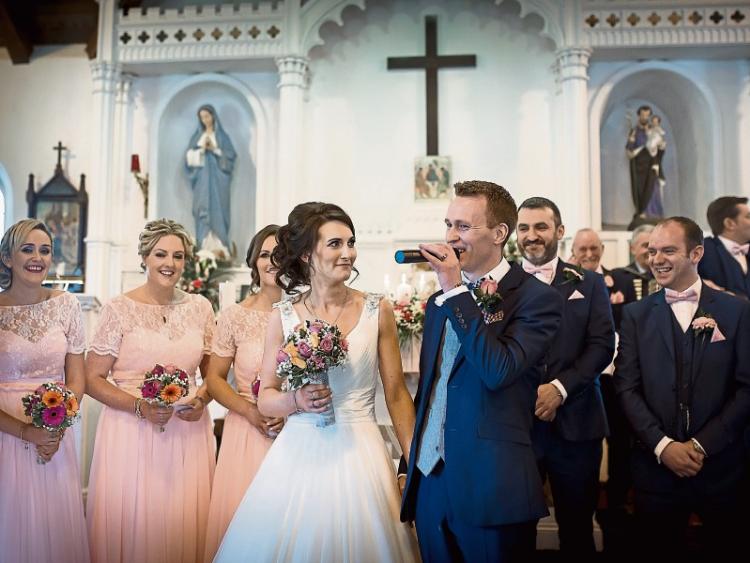 Sarah appears a little unsure of what was happening as husband Damien took the mic, but ended up loving her serenade. Below, Reuben Pictures: Darren Kirwan

IT was on Christmas morning in 2014 that Sarah Doyle, from Clareview, got the surprise of her life. In front of both families and Sarah’s nana Teresa Doyle, her young son Reuben brought in a very special gift for his mum from his dad - a solitaire diamond ring.

“It was very emotional to say the least," said Sarah Doyle, 32, a primary school teacher in Limerick.

She and Damian Daly, 32, Woodview, an IT technician in the University of Limerick, met at a ‘back to school party’ during Fresher's Week in college.

It was their very first night out in college. Some 14 years later - after that wonderful Christmas morning - they tied the knot.

They said their vows in St. John’s church in Cratloe, and danced the night away at the Radisson Blu Hotel in Limerick.

What made their day extra special was having their three-year-old son Reuben as their page boy, who “stole the show”. 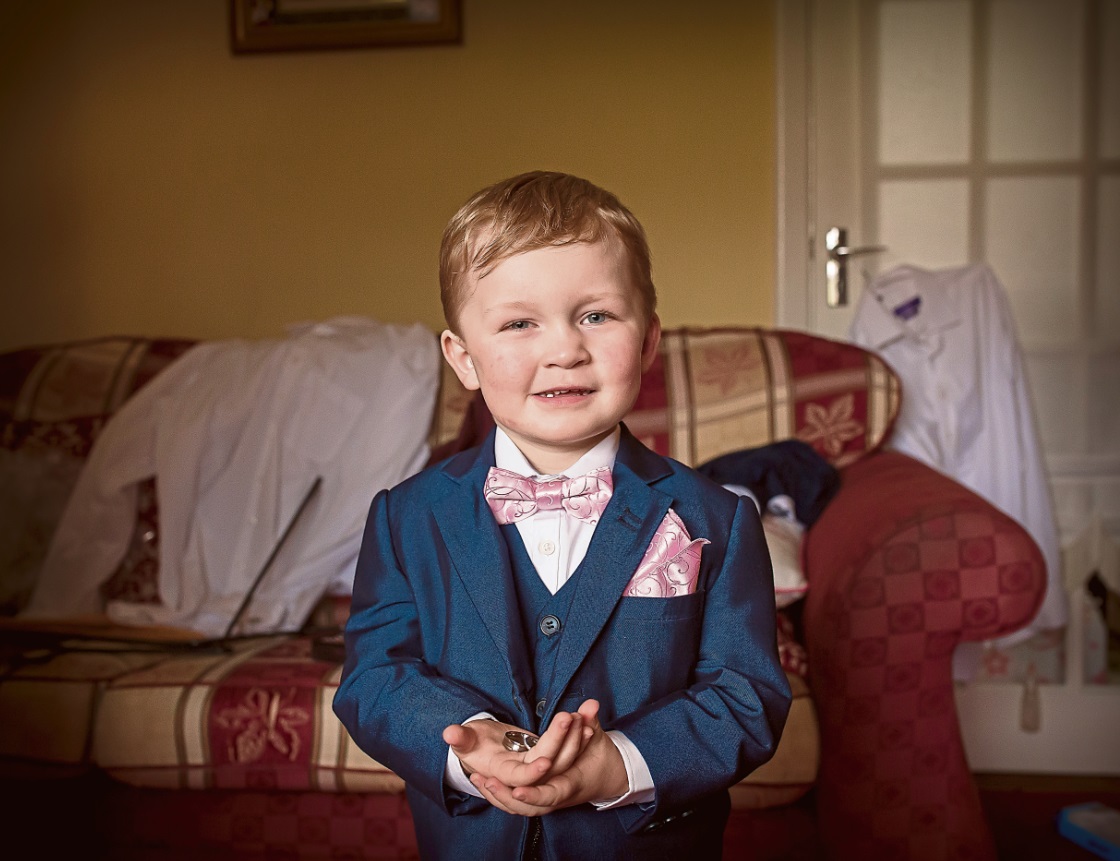 “It just added that little something to the day for us. Having my nana, who is 91 years of age, see us get married was very special as well. And also walking down the aisle with my Dad will stand out in my mind forever.”

One of their favourite parts of the day was having all their family members and friends involved in all of the church music.

“We had chosen songs that were very special to us and I am still secretly watching the wedding video.

“At the end of the ceremony we were waiting to walk down the aisle when Damian pulled out a microphone and started singing ‘All I Want is You’ from the movie Juno.

“Then my brothers, both our fathers and the bridal party all sang a verse each. Just when I thought it was over, someone else would pop out and sing. My face through the whole thing is priceless. I nearly died.

“They had all gathered behind us while we were signing the register. The congregation had been given the words of the chorus also.

There was even an instrumental verse like in the film Love Actually.

To have the whole church singing was so emotional. Damian played a blinder there. I was speechless for once.”

Would they recommend their venue?

“Absolutely. Stacey O'Callaghan, the wedding coordinator at the Radisson, went above and beyond to help us and advise us.

“The service was fantastic on the day and everyone was raving about the food. The hotel had been newly refurbished, which made for some fabulous photos of the day.”

Like other couples, the best piece of advice they would give to couples getting married is to “sneak away for even just five minutes to sit down with each other”.

“The day goes so quickly. I think it was during the first dance we actually got a chance to talk to each other.”

Like many brides to be, Sarah found that one of the greatest challenges was trying not to over-spend on the website Etsy.com.

“It's very easy to buy everything you see because you think that will make your wedding even better but at the end of the day nobody remembers those small things. It is your guests that make a wedding.”

On a couple of occasions, she joked that Damian was forced to take the credit card off her, but praised him as a “very hands on groom”, who inputted everything into a spreadsheet.

“The day was everything we could have wished for and more. We are lucky to have such an amazing group of friends and family whose kindness and generosity means the world to us.”

Dress: The Attic, Roches Street, Limerick. Orlaith Carroll was so fantastic to deal with and with a few added touches of her own, she gave me my dream wedding dress

Photographer: Darren Kirwan, Limerick. His photos are so amazing. Every time I look at them I want to do it all over again!

Cake: Clare Ryan from Big Dog Bakery made our cake. She was a finalist in the last Great Irish Bake Off and she teaches with me

Band: For our drinks reception we had the amazing Downtown Dixieland Jazz band from Limerick city, followed by The Pearls, who ensured that the dance floor was never empty